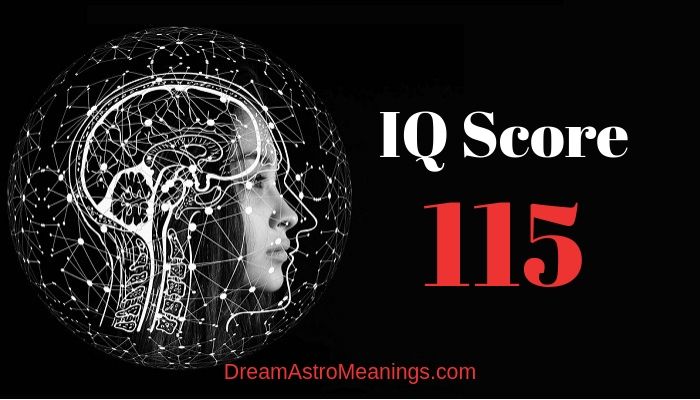 Intelligence is considered as one of the most important human traits. It is not only human characteristics, because according to scientists animals and plants also possess it. Intelligence can be simply defined as a different set of abilities and cognitive skills of a person.

The higher the level of these abilities, the higher is the possibility of the person to achieve greater success in life. People with very high level of intelligence are able to achieve world-wide success and recognition.

The idea of measuring the level of people’s intelligence puzzled people for a long time. It was obvious to them that some people are intellectually sharper than others, but they didn’t create the tools to measure these skills until the beginning of the 20th century.

The main motive for creating a set of tasks for measuring intellectual capacity was the need to determine the level of capacity of school children in France and determine the ones which were in need of additional help to learn the school materials.

The task of doing so was entrusted by the French Ministry of Education to the French psychologist Alfred Binet in 1905. With the help of his assistant, medical student Theodore Simon, Binet created the Binet – Simon test.

It consisted of tasks which according to their opinion and experience represented typical abilities and skills of children in different age groups. They were experienced in observing children’s behavior in various situations and they also used the research published on the subject by Binet and other psychologists.

These two used their test on a sample of fifty children which were divided in five age groups which consisted of ten children per group.

The children were recommended and chosen by their teachers because they were considered to possess average abilities and skills. The reason was to determine what is considered average intellectual capacity.

Later, that test was revised by these psychologists so they could be used to compare the mental abilities of children to the abilities of their average-normal peers.

The Binet – Simon test consisted of thirty tasks which grew in difficulty gradually. The easier tasks were very easy so that everyone could solve them.

For example, the easiest questions were whether the child could talk to the examiner and similar. In the more difficult tasks, the children were asked to repeat series of 2 digits, to name body parts or define simple words, like house or mother.

Further, they were asked to make a difference between pairs of objects, make sentences from given words, etc. In the hardest tasks, the children had to repeat back randomly chosen series of 7 digits, etc.

The scores in these tests were determining the mental age of children performing the tests. For example, a six year old child that passed the tasks usually passed by children of that age was considered to have mental age in accordance to his chronological age.

Alfred Binet knew that the scale he created couldn’t be 100% precise to determine the level of children’s intelligence. He knew that intelligence consisted of various factors and that a set of tasks cannot accurately measure the complete intellectual capacity of a child.

He pointed out the importance of considering the influence of environment in the forming of the person’s intelligence. He knew that genetics was important, but was well aware of the influence that the living conditions, education, care, and nurture have on the intellectual capacity of a person.

He also knew that intelligence isn’t a fixed ability and could be changed and improved with effort and education.

The Alfred – Binet test went through a lot of transformations in different countries. Intelligence tests can be adjusted and used for different purposes. Psychologists and job recruiters use them as a tool to evaluate their candidate’s skills and abilities to perform a certain job.

In time, these tests developed into an aid which helps determining the level of intelligence of children and people.

Intelligence cannot be easily defined because it is such a complex trait. Many definitions of intelligence exist and they all try to involve as much of its traits. In general, it is considered as a mix of cognitive skills and abilities, the ability to solve problems, learn, reason, think critically, etc.

Creativity is considered as a trait of intelligence as well as the ability to learn from experience.

Intelligence tests usually consist of various cognitive tasks that can be verbal, conceptual, quantitative, perceptual, etc. Their results help to determine the IQ or intelligence quotient of a person. These tests have scales which help determine the results.

The results can sometimes be inaccurate because of various circumstances present while you are doing the test. That is why these tests have tolerance scales.

There are many different IQ test scales, but they have similar results. Most of them consider as average an IQ score of 90 to 109.

Mostly used nowadays is the Wechsler IQ scale, which considers:

Regardless of the IQ score, intelligence is a trait that can be worked on improving significantly.

All it takes is patience, education, reading, and doing brain stimulating activities.

The mostly known types of intelligence are:

Emotional intelligence – this type of intelligence is necessary for social interactions. It is the ability of a person to understand people’s emotions and reactions. People who are emotionally intelligent usually easily make acquaintances and have a lot of friends. They don’t have a problem approaching people.

Multiple or specific intelligences – are based on the complexity of the concept of intelligence.

Intelligence quotient is the measure of the level of the person’s intelligence. It is calculated through IQ tests, which mostly measure general intelligence. IQ tests are created for different age groups because intelligence varies with age.

These tests are also regularly standardized because intelligence increases in every new generation, mostly because of the growing availability of information.

The IQ of a person is influenced by a number of factors. Genetics has a very important role. It is noted that parents have a similar level of intelligence as their children. Besides genetics, important factors are also the person’s environment and their living conditions, as well as the level of education.

If a child is raised in poor living conditions, isn’t well taken care of and is poorly educated, it is likely that this child won’t be able to develop his/her full intellectual potential.

On the other hand, children raised in excellent living conditions, nurtured and cared for, and provided with good education can surpass their inborn intellectual abilities.

You should be aware that IQ scores could be inaccurate. The reasons for that are usually related to the person performing the test.

If the person doing the IQ test is nervous, anxious, tired, disturbed, fears the result of the test, lacks focus and concentration, the results are likely to be inaccurate.

Because of these reasons, IQ tests have tolerance scales and can tolerate up to 20 points.

In the Wechsler scale, IQ 115 score belongs to the category of High Average intelligence. This is a very good score, indicating that you have a high IQ and belong to a group of people with abilities to achieve substantial success in life.

You probably have many talents and gifts. You belong to a group of 15% of human population which falls into the category of High Average intelligence.

You are good at processing information and using them in your favor. You have the capacity to study and achieve a degree for almost any profession and you can reach the highest level of education.

Regardless of your predisposition and intellectual capacity that won’t matter much if you don’t put in the effort and use these abilities.

If you don’t study or don’t focus your energy in some activities which will ensure your success, you might as well have an average or below average intelligence because you won’t be able to achieve any success.

Procrastination and lack of ambition might be your worst enemies. Don’t let yourself become overwhelmed with them.