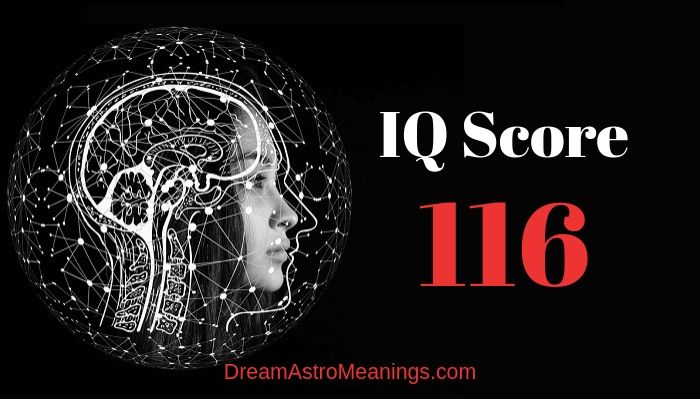 Intelligence can be considered as a mix of different cognitive abilities, skills, talents, and other traits of an individual. Higher level of these abilities gives a more intelligent person.

Those with higher level of intelligence in most cases have more opportunities to be successful than those who don’t have such intellectual capacities. They have a variety of professions they can choose and be successful in doing them.

However, that didn’t happen until the beginning of the 20th century. In 1905, the French Ministry of Education commissioned Alfred Binet, French psychologist, to create a way to measure the cognitive abilities of children so that those with special attention and additional help in learning could be identified.

Both of them had experience in observing children’s behavior in various situations. They also used Binet’s published works, as well as the works of other psychologists on the subject.

They first used the test on a group of 50 children which were selected by their teachers as ones with average abilities. They were divided in 5 age groups, each of them consisting of 10 children.

The first task was to determine which skills were considered average-normal. This test was then twice revised so it could be used to compare children’s mental abilities to their average peers.

The Simon – Binet test had thirty tasks, starting from the easiest to the most difficult ones. The easiest were questions whether the child could talk to the examiner, more difficult ones consisted of tasks where the child was supposed to repeat series of 2 digits, or define some simple words, name body, parts, etc.

Harder questions were also considered those where the child was supposed to make a difference between pairs of objects or create sentences out of three words. The hardest were the tasks where the children were asked to repeat backwards 7 random digits, etc.

Alfred didn’t consider his test 100% accurate. He was aware how complex intelligence is and how hard it is to create a test that could measure this trait in every individual.

According to Binet, genetics played a very important role in the forming of the individual’s intelligence, but he didn’t neglect the impact of the person’s environment and education. He was also aware that intelligence wasn’t a fixed trait.

The Simon – Binet test was accepted in many countries but it went through different transformations. Intelligence tests can be adjusted to fit different purposes. They are used by recruiters to test potential job candidates.

Intelligence is a complex ability and is difficult to define. Most definitions of intelligence consider intelligence as a mix of cognitive skills, such as the ability to reason, gather information, solve problems, learn, be critical, learn from experience, be creative, adapt to circumstances, etc.

Intelligence tests combine different tasks, usually perceptual, conceptual, quantitative, verbal, etc. Intelligence tests are a way to determine the intelligence quotient of the person through the scores on the test. IQ test results can be inaccurate.

If the person is tired, anxious, or is lacking focus, or is disturbed for some other reason the results usually won’t reveal the real state of the person’s intelligence; this is why, intelligence tests have tolerance scores which can be up to 20 points.

There are several intelligence scales. The most commonly used is the Wechsler IQ scale.

Creative intelligence is the creative ability of an individual, especially the ability to create things and to creatively deal with issues in their life.

Practical intelligence is the ability of practically dealing with things. It is the skill of a person to find practical solutions to problems and discover the most practical way to deal with issues.

General intelligence is the most common type of intelligence and represents the cognitive skills and abilities of the person.

Multiple intelligences are types of intelligence which correspond to different abilities of people.

Fluid intelligence is a type of intelligence where a person has the ability to discover some new ways to solve problems, change their ways of doing things, etc. This ability diminishes as the person becomes older.

Crystalized intelligence is a type gained throughout the person’s life through various experiences. This type increases as the person becomes older because it has more experience.

General intelligence is the most known type of intelligence. It reveals the cognitive skills of the person, such as their ability to gain knowledge, to adapt to different circumstances, solve problems, reason, etc.

Standardization should be done on a regular basis because intelligence also rises with every new generation.

The IQ is calculated by comparing the mental age of the person with their chronological age (mental age ÷ chronological age x 100 = IQ). If, for example, a child that is ten years old solves an intelligence test in the level of an average twelve year old child this child has an IQ of 120, which is considered Superior intelligence.

Intelligence level is a result of different factors and circumstances. Genetics has a very important influence on our intelligence. We often have a similar level of intelligence as our parents.

Also, environment and our living conditions have a great impact on our level of intelligence.

Our living conditions, care, and education are essential for the development of our intelligence. If they are poor, our intelligence level doesn’t have a chance of meeting its true potential.

Children who live in good conditions and have a proper education are often more intelligent than their less fortunate peers. If these conditions change for the better, the child has the ability to raise their intelligence.

We already said that IQ tests are not 100% accurate. The first reason is the fact that no intelligence test can adequately test the intellectual abilities of every human being because of the multitude of aspects of intelligence and the individual traits of everyone.

Every person is unique which is why generic tests cannot reveal all their capacities.

Another reason is the fact that different circumstances could prevent the person from doing the test according to their full intellectual potential.

If the person is tired, lacks focus and concentration, is anxious, has fears, or is experiencing some other issues which are preventing them from putting in maximum efforts into solving the test, the results won’t be correct.

Also, if the person has a learning disability the results won’t match their true intellectual qualities. These are the reasons why these tests have tolerance scores.

This level of intelligence gives you a lot of possibilities to succeed. It is important to be aware that success won’t fall into your lap. Regardless of your abilities you won’t succeed if you don’t take the necessary action and effort.

If you have a tendency to procrastinate and waste your time, postpone your duties and are lazy, you cannot expect any success and achievement of your goals. With that kind of behavior you can expect to waste your talents.

You have a responsibility to use these abilities for your benefit but also use them in a way that will benefit others as well. You also need to treat others with respect and appreciation.

Many people who are in your position consider themselves better than others and treat others with disrespect and feeling that they are better than them.

Don’t allow yourself to become that person. Try to use your abilities to improve the lives of others who don’t have your level of intellectual capacity.