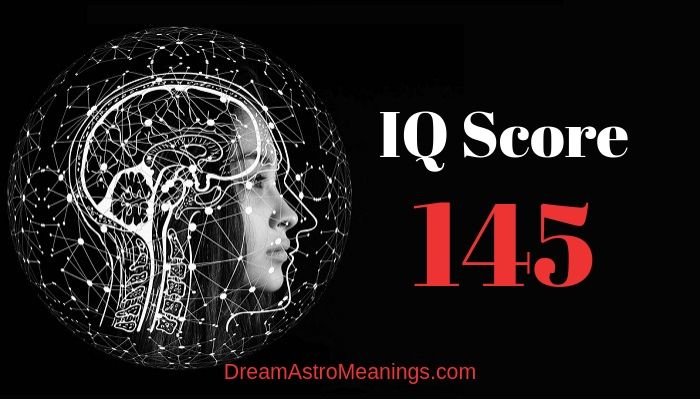 Intelligence is a combination of the person’s different cognitive skills, talents, and abilities. The higher the level of these abilities, the more intelligent the person is. People with higher level of intelligence usually have more chance to succeed in life.

Sometimes these people are considered to have almost supernatural abilities, and the most intelligent are usually people who leave a permanent mark with their deeds and work, often with a world-wide impact.

People were aware about differences in skills and abilities existing between them long time ago, yet the first test created to measure the actual level of their intelligence was created in the beginning of the 20th century, as a means to determine the level of children’s intelligence.

Namely, the French Ministry of Education commissioned in 1905 the French psychologist Alfred Binet to create a method to determine which children needed additional help in learning because they had problems to master the material taught to them in school.

Alfred and his assistant, medical student Theodore Simon created the first test which aimed to test children’s abilities and compare the cognitive skills of different children. It was called the Binet – Simon test.

They consisted of different tasks which were considered to represent typical children’s skills and abilities in different age. They were experienced in observing children in different circumstances and situations.

Binet also had published research materials on this subject and they used the published materials of other psychologists.

They created the Binet – Simon scale and began testing children. They started with a group of 50 children which were recommended by their teachers as having average abilities and skills. They were divided in 5 age groups which consisted of 10 children each.

Their scale aimed to determine what is considered normal – average functioning, and after it was twice revised so that it could be used for comparing the children’s mental abilities to their normal – average peers.

This scale consisted of thirty tasks which gradually became more difficult. The first tasks were the easiest and everyone was able to solve them.

For example, the child would be asked whether it could talk to the examiner, or follow a beam of light. The harder choirs asked the children to repeat series of 2 digits, to define and describe simple words like mother or fork, to name body parts, etc.

Later in the test the children were asked to differentiate various pairs of objects, construct sentences out of three given words, etc. The most difficult tasks asked the children to repeat 7 random digits backwards, etc.

At the end of the test, the score revealed the mental age of the child who performed it. If, for example, the child was six, and passed all the tasks usually passed by his peers, the child was considered to be of mental age matching his chronological age.

Alfred Binet didn’t consider his intelligence scale ideal, and was well aware of its limitations.

Binet also knew that intelligence is not fixed and its level could be increased.

The tests Binet and Simon created were transformed in time and in different countries. These tests can be adjusted for various purposes. They are often used by psychologists to test their skills so they could decide whether they are able to perform a certain job or not.

These tests began their existence as a means to test the intellectual skills and abilities of children and help children who lacked these skills with their studies. In time, they started being used as a tool to measure the intelligence of all people, adults and children.

Because it is such a complex trait, intelligence cannot be easily defined in a single definition. This is the reason why there are many definitions of intelligence.

Most of them include as part of intelligence human cognitive abilities, their reasoning ability, ability of gathering information, learning, solving problems, critically observing circumstances and making conclusions, etc.

Many people consider creativity as part of being intelligent. Intelligence is also the ability to learn from experiences.

To give an example, a person who is tired usually cannot perform well on this test, because they lack focus and concentration.

Most intelligence test scales have similar results. Most agree that average intelligence ranges between IQ 90 and 109. The currently used is the Wechsler IQ classification scale.

Regardless of the person’s IQ, that is not something set in stone. First the person should check whether the result is accurate.

If it is, there is no reason to get discouraged. With effort, patience, the right activities and education, this score can be significantly raised.

Because intelligence is such a complex ability which consists of many abilities and skills, psychologists have created various types of intelligence.

According to different psychologists, there is:

These are the abilities of gaining knowledge, solving problems, adapting to circumstances, reasoning, etc.

Multiple or specific intelligences – The concept of specific or multiple intelligences is based on the fact that, intelligence can have different aspects and not every person can express all of them.

These types of intelligence are:

Those who have high emotional intelligence are usually the ones who have a lot of friends and acquaintances and usually make contacts with people easily.

Crystalized intelligence – This type of intelligence represents the person’s abilities and skills developed during their lifetime; it is a type, which increases with age.

Intelligence quotient or IQ reveals the level of person’s intelligence. It is measured through intelligence tests, and as we mentioned, most of them are created for measuring general intelligence.

Also, the standardization should be regularly done because intelligence increases with every new generation.

It is important to consider that intelligence represents a combination of various factors and circumstances. Genetics plays a very important role. Children often have the level of intelligence similar to their parents.

Although genetics is one of the most important factors, other factors can have a prevailing effect, despite genetics being favorable. Environment and the living circumstances of the person could influence their level of intelligence immensely.

It is often noted that children who are neglected, living in poor living circumstances, and lack education tend to be less intelligent than their more fortunate peers, even though they have higher genetic predispositions than them.

An important thing to note is that intelligence can be raised with improvement of living conditions and education. When the child, and even an adult, start getting attention, care, and education, their intelligence level immediately begins to improve.

People often don’t perform well on their IQ test. There can be so many reasons for that, but mainly it is their lack of focus, concentration, feeling tired, anxious, frightened, or experiencing some similar inconveniences.

Also, learning disabilities prevent the person from demonstrating their true level of intelligence, and it is important to rule such possibility in case of a bad IQ score.

Many people have learning disabilities of which they are not aware of. These reasons are the cause why intelligence tests have flexible result scales and a tolerance of 10 or 20 points.

The Wechsler IQ classification considers the IQ 145 score as Very Superior intelligence score which is in the highest intelligence category.

The people with such scores are usually very talented and skilled, and often possess some extraordinary abilities and gifts, especially in certain areas. These people fall into the group of people of around 2% of humans.

These people are very gifted which can be noted even since their young age. They are interested in a multitude of things and often have above average talents in many areas. They can be world famous discoverers and artists, and do things that will be beneficial for the entire humanity.

Many famous genius people have used their high intelligence for the good of the mankind.

Regardless of the level of intelligence, some other traits are required to make the most of this great blessing from the Universe. If the person who is so gifted isn’t ambitious, is lazy, vain, has a tendency to procrastinate, lacks focus and idea about their future, it is highly likely that these talents and great abilities will be wasted and left unused.

If you have this high IQ score, you should be aware of the great responsibility you are holding for being one of the small group of chosen ones. Don’t let yourself develop traits such as vanity or superiority complex.

Treat all people with respect they deserve despite the fact their intelligence is inferior in comparison to yours. Work on developing traits such as humility, generosity and kindness.

Try to make the most of your gifts and use them to help others have a better life. Don’t let yourself waste your talents and be sorry later.

Be appreciative and grateful for the blessings you have and demonstrate your gratefulness with using them in the best possible way.