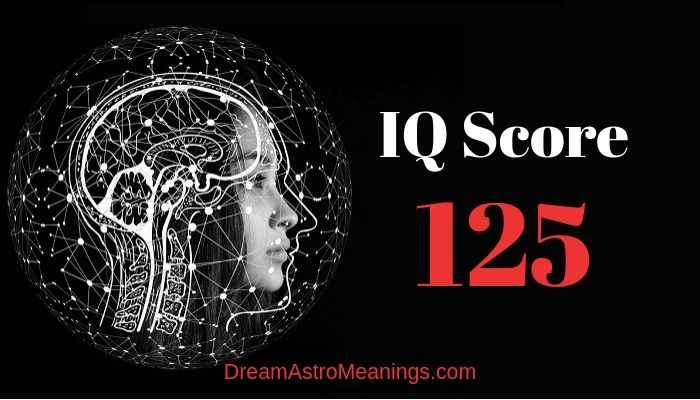 If we were about to define human intelligence, we would have to understand what it represents in practical sense.

Defining intelligence is perhaps one of the most difficult tasks for humanity, although most dictionaries simply refer to it as a mental ability of gathering knowledge, processing and using it. While this is entirely true, it is but a frame of intelligence, to say so.

It does not tell us much about the actual ‘value’ of the intelligence, nor how to measure it, nor what it consists of, if it does.

People believe it was intelligence that divides us from other living beings in our environment, meaning the earthly environment or even cosmic, if we dare think of ourselves that is special.

However, some rather intriguing ideas come from futuristic authors who believe we are still on such a low level of intellectual existence that we cannot comprehend any other form. What they say is that there must be other forms of the intelligent life. These forms are abstract to our mind and our senses, since our perception is still very narrow.

Our perceptual reasoning is what makes for the greatest part of our intelligence. However, it is incapable of seeing further; at least it is so, at this very moment.

These authors tell about levels of intellectual evolution and they actually give us a bright outlook. They suggest one day people would reach higher levels and their perception will become wide open.

Nevertheless, we are still here, on earth, having the intelligence as we do. What does it mean to us? Why would we even want to measure it? IQ tests and evaluation of human intelligence is closely related to overall progress within humanity.

We believe intelligence helps us progress, as we observe it very different and even advanced from pure instincts.

That is why IQ tests are usually considered predictors of life success. Let us think about our intelligence and what it serves us in our real life. Human intelligence definitely helps us progress, as it helps us survive. One great scientist of our day has claimed that human intelligence represents the ability of adaptation; adaptation to changes we are exposed to.

In addition, it makes for an adaptation to changes we make ourselves. The two actions are intertwined. Intelligence is how we experience the world, to say so. We use it in order to learn from experience and gather knowledge from what we observe. It helps us fit into the world, but in our own, specific way. It is never only a passive activity.

It inspires us to create different things, to change the situation by our own inventions, ideas, conspectus et cetera. That is where creativity steps in and it must be associated with having intelligence. By intelligence, we survive; by intelligence, we create the world.

We all have in our experience all these processes, even if unaware. Some authors claim intelligence makes for a compensation for instincts. It is true that animals have better natural instincts than humans do, but there is a problem with calling things ‘natural’.

We usually relate to intelligence as a mean of progress. We believe some of the most brilliant minds in history were to be thanked for ingenious discoveries (just as some other brilliant minds are to be blamed for great disasters).

It is but a matter of the way we employ our intelligence. However, on a bigger plan, all of it constitutes dynamics of progress of humanity, although, at times, it all appears only chaotic.

We would like to measure intelligence, so to discover more and more potentials and so to employ human intelligence the best way possible.

Are IQ test reliable, in this regard? Some agree, some not. While IQ test are helpful in discovering and evaluating individual’s potentials for success in life, they relate only to certain aspects of success that is academic in the first place.

Now, we have constituted the world in which this makes the perfect sense; academic success is closely bound with the ideas of overall progress. It greatly depends on how one would define success; we could talk about progress of humanity, but also about an individual’s success.

Intelligence as a Complex of Multiple Aspects

If we take this multiple approach, we see intelligence as a complex of several types of intelligences that could be taken separately, though all connected by a common denominator of general intelligence.

It means that you could evaluate them separately, but they all have basic intelligence in common. This approach allows for much wider and more flexible understanding of human intelligence to what most of IQ tests cannot answer to.

This is the reason that multiple intelligences theory has often been claimed too broad and too vague.

On the other side, adherents of the theory claim IQ tests were too narrow and limiting. The problem with theory of multiple intelligences is that it also has no sufficient data to prove its accuracy.

In any case, this approach definitely opens up questions about what should be considered a parameter or criterion of the intelligence, in the first place.

These aspects or types are eight, with two additionally suggested and perhaps more to come. They include verbal or linguistic intelligence, mathematical or logical, visual and spatial, physical or kinesthetic, musical intelligence, interpersonal, intrapersonal, natural intelligence and existential and moral intelligence.-

The question is which of these would be considered intelligence and which not, to those who are reluctant to acknowledge all as parameters of the intelligence.

Most of these fall under category of talents or skills and those who support conventional IQ testing would never take them seriously. However, these should not be neglected. IQ test evaluate but two or maybe three of these.

What about those other parameters or aspects? They definitely tell about someone’s potential to succeed in life. If he was not an excellent logician or not particularly good with words, it would affect that person’s opportunities in terms of success in college format as it is usually seen. However, that person could be very skillful in another area.

He or she could be a charismatic musician, an excellent sportsperson, a handy creative one or else. We cannot say only IQ test parameters would decide on the person’s success and progress in life.

Would his or her skills contribute to overall progress of the humanity, if those do not fit into academic frame?

They would, for sure, because the human society is also a complex made up out of different people, different skills, potentials, talents. That is the beauty of it and means of dynamics of progress. If everyone would only be brilliant by standards of IQ tests, we would have to set new rules.

It leads us to an everlasting debate over the reliability of IQ tests and scores obtained.

Since our subject is the score of 125, we have to talk a little about high scores as a whole and see how they affect one’s life. Do they?

Let us see what people of high scores have to tell. By definition, high scores mean that a person is not amongst the 70% of average population, that the person has perceptual reasoning above the average, that he or she processes information with more efficiency, accuracy and speed.

However, the actual manifestation of such qualities would depend on person and other factors. Will high score affect one’s personality? Sure it will. A person with high score would present with better abstract linguistic and logical thinking than the average population.

It means that such an individual is predisposed to attain high level of formal education and to achieve better socio-material success in life, thanks to the formerly mentioned.

Such an individual is by nature in need for extra intellectual stimulation, meaning such a person is by nature curious, willing to explore and learn about the world.

We could poetically say such a person has a lust for more and more knowledge. In addition, this person understands diversities in the world better, he or she is capable of tolerance, understanding and thus respecting differences, along with exploring them.

Very often, highly intelligent individuals are in less need for common social interaction, due to having rich inner life.

It is not a rule, but it often happens that highly intelligent ones are loners, because they are dedicated to their tons of interest and because majority of the population simply cannot answer their intellectual demands, in terms of conversation.

Score this high falls under the range from 120 to 129 on WAIS-IV scale and it stands for ‘superior intelligence’. WAIS-IV is probably the most widespread IQ tests actively used in the world.

Such a high score is also labeled as ‘above average’ on certain modern scales. In any case, it is exceptional one. What does it mean? Was it a good score?

It is difficult to determine whether someone’s score was good or bad, if we could even use such terms to describe an IQ score. It would greatly depend on how you employ your intellectual potentials.

However, score of 125 would most likely come with natural curiosity, need to engage with complex intellectual subjects, need to explore, learn, exercise your mind, draw conclusions, search for answers.

Score 125 mean one would very likely attain higher degrees in terms of education; a Master’s degree is correspondent with this range, according to modern interpreters of the scores.

This means one with such high score would have less difficulty in learning, processing information, analyzing, and abstract thinking, both logical and linguistic. This score is not a qualification for Mensa, but it definitely qualifies one for high range candidates tests.

In reality, this score would manifest differently in different people. It depends on personal sensibilities and personality profile.

Many factors should as well be taken into account, if we are about to see this score as a parameter for life success.

Emotional and social intelligence as well as circumstances and conditions out of the scorer would all affect the presentation of the score in real life, not the score itself. It would not be changed, but it is a matter of to what degree would it display the potentials within.