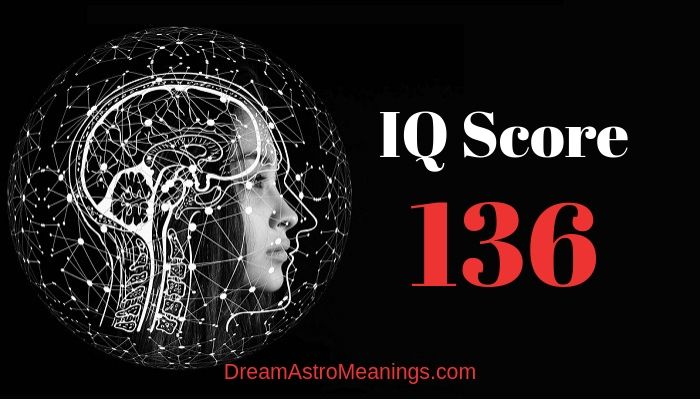 Although intelligence is considered a human trait, according to science, animals and plants also possess some traits which can be considered a form of intelligence. Intelligence is a very complex and hard to define trait. It combines different abilities and skills, which are mostly cognitive.

If a person doesn’t have motivation, ambition, and goals, this trait will most likely remain unused, and the person might end up living an average life.

In the same manner, an average intelligent person, with enough ambition, motivation, focus, and strictly determined goals, can manage to achieve significant success, much beyond their natural potential.

People noticed long time ago the difference between the intellectual capacities of different individuals, and idea to measure this potential dates long back in time. It took a lot of time for this idea to be realized into a form, and that happened in the beginning of the 20th century.

In 1905, the Ministry of Education in France, asked the French psychologist, Binet Alfred to create a test that will enable the measuring of children’s intellectual capacities, aiming to determine which children have problems with learning and require additional help.

Alfred Binet was a known psychologist at the time, with a lot of experience in observing children’s behavior in various situations.

He also had some published research on the subject. With the aid of Theodore Simon, a medical student and his assistant, he created what would be called the Simon – Binet test.

The test consisted of 30 tasks of different complexity, where the first tasks were simple and could be solved by any child, and the later tasks were more complicated and only the most intelligent children would be able to solve them.

The children were asked questions they needed to respond to, they were asked to describe words, create sentences, repeat digits, etc. Based on these tests their mental age was determined.

The test was first applied on a group of 50 children who were specially chosen by their teachers because they considered they had average skills and abilities. The group was divided in five groups of 10 children of the same age.

The aim was first to determine what could be considered an average intelligence for different age groups. Later the test was adapted to be able to compare the mental age of different children to the average mental age for their age.

With the great experience he had, Binet was aware that his test was limited and wasn’t adequate to measure a trait as complex as intelligence with 100% accuracy.

He also knew that intelligence is a result of different factors, such as intelligence, environment, education, etc. He was also aware that this trait isn’t stagnant, and could be enhanced.

Recruiters use them during recruitment processes when they test the abilities of their potential candidates to perform a certain job they are applying to.

Because intelligence is such a complex phenomenon, it is difficult to define it with one definition only. It is often defined as a combination of different cognitive abilities and skills, like the ability to reason, learn, especially learn from experience, think critically, solve problems, gather information, adapt to circumstances, to be creative, etc.

These results can be inaccurate due to different factors. For example, if the person that is doing the test is tired, and cannot concentrate because of that, the test results cannot be accurate. This is why IQ tests have tolerance result scales, which tolerate up to 10 or 20 points.

IQ results scales are similar, and mostly used is the Wechsler IQ scale.

According to the Wechsler scale:

IQ score can be unpleasant information for many people. People have a tendency to consider themselves smart and that is an important part of their confidence.

Discovering that their IQ is below their expectations can be very disturbing.

Even if the result is correct, there is no need for worry, because intelligence is a trait that can be increased, through education and brain stimulating activities, and above all, effort and patience.

Intelligence is complex, which is why psychologists consider that there are different types of it. There are:

Practical intelligence is the ability of an individual to find the most practical solutions to various situations.

Fluid intelligence is the kind which gives the person ability to be innovative and discover new ways to deal with matters. It decreases as the person grows older.

Creative intelligence is the creative ability of a person which consists of their skills to create things as well as to have a creative approach towards doing things.

General intelligence is the most known type and consists of the person’s cognitive skills, ability to learn, to reason, solve problems, think critically, etc.

Crystalized intelligence is the kind developed during a lifetime of experiences of the person. It increases as the person gets older.

IQ or the intelligence quotient reveals the level of person’s intelligence. To calculate the IQ we need to determine the person’s mental age and then compare it to their chronological age.

The mental age can be determined through IQ tests, which are usually created to measure general intelligence.

The tests are standardized for different age groups. If the mental age is higher than the person’s chronological age, it is considered that the person is above average intelligent.

Intelligence is a combination of different influences and factors. Genetics is one of the most important ones, but environment and education are equally important.

A person who has good genetic predispositions to be highly intelligent and lacks proper education and care won’t be able to reach full intellectual potential.

Also, a person who is average smart, but lives in good conditions, has proper care and education will most likely exceed their intellectual potential and reach substantial success.

Good thing about intelligence is that everything can be changed for the better when these conditions change.

IQ scores are not always accurate. The main reason for that is the fact that the person doing the test cannot always perform their best.

If this person is nervous, tired, anxious, fearful, disturbed, lacks focus and concentration, it is likely that their results won’t match the actual state of their intelligence.

Also, if the person doing the test has some learning disability, the results won’t be accurate as well.

This is why it is important to rule out learning disabilities if the person scores badly on their IQ test, because many people are not aware of having such a disability. These are the reasons why IQ tests tolerate scores up to 20 points.

If you scored 136 on your IQ test, congratulations. You belong to the category of smartest people on this planet. Only 2% of human population belongs to this group and you are one of these 2%. This is a reason to feel proud of yourself.

This level of intelligence most likely gives you many talents and abilities, and you probably have a chance to become very successful.

People with this level of intelligence usually have some academic education. You probably live life without many difficulties. You easily solve problems and deal with everyday matters.

Regardless of your capacity, this high IQ doesn’t guarantee that you will achieve success, finish academic studies, become successful in your profession and career, and live a satisfactory life.

This IQ only gives you the potential to achieve success. If you don’t have other traits that will enable you to follow your dreams, it is likely that you will remain on average level of existence.

Success requires a lot of effort and hard work. If you don’t have goals, ambition, motivation, working habits, and organized approach towards achieving your goals, the fact that you are super smart won’t matter much.

The IQ you possess is a blessing, and you should treat it with respect. You need to give your best to make the most of your abilities for your sake, but also for the sake of people who are not blessed as you are and maybe have problems with doing simplest tasks.

If you tend to procrastinate or have problems taking action, you should work on building your motivation, endurance, and determination. If you lack confidence and faith in your abilities, you need to work on building them and use your intelligence to make a difference in this world.

There is a reason why you are chosen to be blessed with this gift. Do your best to discover it to fulfill your life’s purpose.