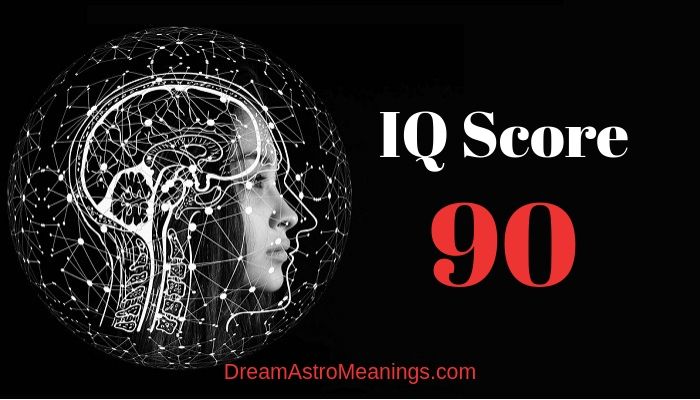 The question that has always been puzzling scientists, researchers, experts on human behavior and doctors, as well as common people, is definitely that of the human intelligence.

Can we measure and classify it?

There have been numerous attempts on doing so and certain rules and patterns are, indeed, established and in use.

However, it seems as none of those could see the whole picture and summarize the actual meaning and the score of someone’s intelligence.

There have been many ideas and explanations. One of those states that human intelligence must be partially inherited, at least.

This thesis was proven right; children who grow up away from their actual biological parents and who have never seen them or be in any form of communication with them still show very similar level of intelligence to their real parents, real as in biological sense.

This means intelligence has to do with genetics. However, this is only a part of it.

Some research studies have shown that a person’s intelligence quotient changes over lifetime or, better to say, there is a possibility of change up to twenty points, which is a considerable sum that places one into a completely different category, on any IQ scores scale.

IQ test only seem not to incorporate all the elements that constitute one’s actual complete intelligence. Thus, you have people who are extremely shy and insecure, but of brilliant mind and you have those that are extroverted, active, bold, but of a lower intelligence score.

These are only examples that only prove how IQ scores are not a stable category that could determine life success, although those are meant to be predictors of the latter.

Before we move on to interpreting the score in question, let us turn back to the beginnings of IQ testing, so to learn about how it all began. The purpose of the early IQ test was educational and it was related to children.

The very first IQ test was developed in France, in the beginning of the previous century.

At the time, the French government passed the law about education: they wanted all children to get proper education by law.

They needed a test or a tool that could help ‘filter’ students according to their ability of learning, so that they could decide which ones require assistance during their formative educational days.

French psychologist Alfred Binet was the one to invent the first test for the purpose. Binet’s test did not focus on educational material, but on the performance of the participants.

It observed and made conclusions based on three parameters. Binet was testing children’s memorizing capacity, their level of attention and their task processing speed. Soon he discovered that the results did not all the way correspond the age of the children.

Some younger ones performed better than certain older kids did. Therefore, Binet came up with the proposal of the mental age category, something we still rely on.

However, Binet’s test (Binet-Simon, in fact, named after Binet himself and his colleague, Theodore Simon) was far from perfect. The author himself admitted that it does not tell much about the inborn intelligence, additional talents and skills and more.

He believed much more parameters have to be included into people’s intelligence testing. Nevertheless, it was the first bigger step into IQ score testing.

Binet’s test was soon introduced into the United States, where it was standardized by Stanford University. This test became a norm in the USA in 1916.

The result of Stanford-Binet standardized test presented with the single unit IQ score we still use today. There were other interesting moments in the history of IQ testing. For example, the test was adapted to military use, during the First World War.

Two tests were derived from the initial. Those were Army alpha and beta test. The difference was only in their format. One was in a written and the other in the pictorial form.

The purpose of this difference was to be able to test as many recruits to the army as it could, including both those who could read or not and those who could speak English or not.

While it might seem as a good idea, the problems arisen since the test continued to be in use after the war has ended. The government misused the test and applied it to immigrant population. One can only imagine how wrong it could be.

This way, intelligence quotient tests served as an excuse for great discrimination and sweeping of the immigrant population. IQ tests were as useful as they were mistreated. There always have been controversies about it, one way or another.

The most widespread and still in use, WAIS IQ test was more complex and detailed. In fact, it is one of the WIS family of tests (Wechsler Intelligence Scale).

The results are to be compared within the same age group so to provide the most accurate score categories.

This test is in use and its fifth edition is in the process of data collecting. The process started in 2016. and is meant to be finished by the end of 2020.

The test has great potential in human resources sector and is used by the big companies, for instance.

While WAIS test might be superficial compared to former test, there are still many questions to be answered.

Let us talk about the classification of IQ scores. There have been different classification attempts, some of which are more detail and others not as much.

According to all of the tests, average score is always somewhere around 100 units of the IQ scale.

However, what does it mean? What an average score actually reveals? Well, many believe that it is not exactly a precise determining point. Average score only means that a person is of average reasoning abilities.

T means that an average IQ scorer is fully functioning individual, capable of decision-making, capable of learning from written materials, who processes information in an average speed (the question might be, what this average exactly means?) et cetera.

However, an average score does not tell about one’s additional talents, such as artistic, musical or something else. It means this person could be very successful in life by doing something else that does not fall under the categories proposed by classical IQ tests.

Terman’s classification scale was developed in 1916. and it divides ranges into several categories.

The lowest scores are considered those under 70 and those stand for the ‘definite feeble-mindedness’.

The next ones are those of scores within the range 70 to 79 and they mark for ‘borderline deficiency’, in terms of intelligence. The next are already mentioned ranges 80 to 89 or ‘dullness’ and 90 to 109, ‘average or normal’.

Range from 110 to 119 is considered ‘superior intelligence’, according to the old classification.

Range from 120 to 140 is considered ‘very superior intelligence’, while all scores above 140 stand for ‘genius or near genius’.

According to some additional interpretations, a genius score would be that of 160. For example, Albert Einstein was known to have had an IQ of 160.

Now, IQ score 90 falls under the ‘normal’ or average score, but it is, indeed, on its lowest point.

Average range, according to Lewis Terman’s scale is between 90 and 109. The previous range is from 80 to 89 and it stands for ‘dullness’.

This means that IQ 90 is average low. Well, average scores are characterized by what was mentioned above. Average score allows for theoretical studies, trainings and else.

According to some roughly sketched statistics, nearly 68% of the population falls somewhere in between IQ scores 85 and 115, while 95% falls under the range 70 to 130.

This is not particularly precise information on the score of 90, though. Old statistics show that scores from 90 to 110, a more narrowed sample, make for 50% of population.

Needless to say, average score does not allow for some important aspects of being ‘talented’. You could not imagine that a gifted singer with an average score also be a brilliant composer.

However, these are all questionable ideas. The thing is that classical IQ test do not involve many important parameters, so it is not quite sure whether an average score is a good life success predictor nor it is any other score.

What some psychologists and experts propose is the factor of EQ or Emotional Intelligence quotient. Now, it is something one should definitely think about. Emotional intelligence must be taken into consideration.

It could happen that a person with an average score, even as low as 90, was a person who is emotionally very intelligent, to call it so.

This means the person would probably be assertive, understanding, with a positive attitude and perhaps socially intelligent. It opens many doors and options, even if this person was not a genius.

On the other hand, you have brilliantly intelligent people who are neurotic, emotionally instable and so on.

The conclusion about the score 90 is none exactly, except for the basic outlines. It does tell about one’s potentials in terms of learning and education.

However, even this is questionable, since there are fractions that strongly believe a lower (average) IQ could be developed through practice and persistence.

Nevertheless, we would not brand IQ 90 score as ‘bad’ or such. It rather describes a type of intelligence, some would say.