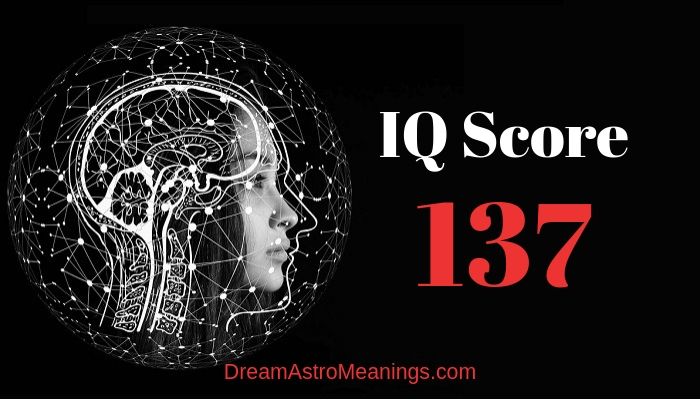 Although there are many tests which aim to determine it, intelligence is still a mystery. No test can accurately measure intelligence, because it is such a complex and elusive phenomenon.

It is a combination of different skills, talents, and abilities of an individual. It is different in every person, but people with higher level of intelligence tend to be more successful in life and have more opportunities to achieve their goals.

This, of course, is not a rule, and high intelligence doesn’t guarantee success.

In 1905 the French psychologist Alfred Binet, was asked by the Ministry of Education to discover a way of measuring children’s skills and abilities, and especially to determine which children had learning problems and needed additional help and support.

Alfred had substantial experience in observing children’s behavior in various circumstances and situations. He had published research on the subject as well. He and his assistant, medical student Theodore Simon created a test which consisted of 30 tasks.

The test was called the Simon-Binet test. It was first used on a group of 50 children selected by their teachers because of their average intellectual capacity. The group was divided in 5 different age groups which consisted of 10 children. The tasks gradually became more difficult.

The first ones could be solved by anyone, because they were very simple. The later ones asked the children to create sentences, describe words, repeat digits, compare objects, etc.

Alfred Binet knew that his test had flaws, and couldn’t be 100% accurate. He knew about the influence of genetics and environment on forming of the person’s intelligence. He also was aware that intelligence isn’t stagnant and could be changed.

His test was accepted in many countries which adapted it according to their needs. Intelligence tests are used in various occasions and are adapted for these occasions.

For example, recruiters use them to test the abilities of their candidates to make sure they are suitable for the job they are applying to.

Intelligence can be defined in many ways. Mostly it is defined as a mix of various cognitive abilities, such as the ability to learn, reason, gather information, learn from experience, be creative, solve problems, adapt to various circumstances, etc.

That is why intelligence tests consist of verbal, perceptual, conceptual, or quantitative cognitive tasks.

Intelligence tests determine the level of the person’s intelligence, or their IQ (intelligence quotient). The results on these tests are in many cases inaccurate because the person performing the test is experiencing some issues and cannot concentrate on the test.

That is why the tests have tolerance of scores in some cases up to 20 points.

Intelligence scales are similar. Mostly used is the Wechsler IQ scale, according to which:

The important fact about intelligence scores is that they are not fixed. They can easily be changed through education and doing exercises which stimulate your brain.

General intelligence, which is the most known and oldest type. It combines the cognitive skills of a person, which is their ability to learn, especially from experience, to solve problems, think critically, adapt, be creative, etc.

Practical intelligence indicates the practical side of the personality and their ability to find practical solutions to different situations, and deal with everyday duties in a practical manner.

Emotional intelligence represents the emotional ability of the person. The person has talent to understand other people’s feelings and is good in communication with people. People who are emotionally intelligent are usually sociable and have a wide range of friends and acquaintances.

Fluid intelligence represents the innovative ability of the person, the ability to find out new ways to solve problems or deal with matters. It decreases as the person ages.

Creative intelligence represents the person’s creativity and their ability to creatively deal with matters and solve problems.

Intelligence quotients represent the level of intelligence of an individual. The IQ of a person is calculated by a formula: mental age ÷ chronological age x 100 = IQ. To calculate it we need to first determine the mental age of the person. Mental age is determined through IQ tests.

Intelligence is a trait that is inherited from our parents and ancestors, but is also influenced by many other factors, in the first place, the person’s environment, living conditions, education, and care.

If the person lacks all these it is likely that they won’t be able to reach their full intellectual potential which they carry within.

In the same manner, average intelligent person who is well cared for, educated, nurtured and lives in well-off living conditions is likely to raise their intelligence level above their natural capacity and achieve success beyond expectations.

Fortunately, intelligence is a trait which can be raised, but unfortunately, some people never get the chance to reach their full intellectual capacity.

IQ scores are not always accurate. In some cases, the tests don’t reveal the actual level of intelligence because the person is prevented from demonstrating their true potential due to some circumstances.

For example, the person who is doing the test could be tired or anxious, could lack focus or cannot concentrate on solving the tasks.

The person could also fear the results of the test and that could prevent them from putting in maximum of their efforts into solving the test the best way possible.

Because of these situations, IQ tests often have tolerance in scores, which can range up to 20 points.

An IQ of 137 is in the category of highest IQ scores. According to the Wechsler scale, IQ 137 belongs to Very Superior intelligence.

If you have this IQ score that is truly a reason for you to be proud of your uniqueness. This score is likely to give you a lot of abilities, skills, talents, and interests.

You can easily succeed in almost any area you choose. You have great potential to achieve success, and you will most likely have a lot of opportunities to succeed. With an IQ of 137 you do everyday tasks with ease, and you easily solve problems that arise.

In most cases, people with this IQ have academic education and reach high level of success in their chosen profession.

This IQ however is not a guarantee of success. Like with everything in life, success requires action and efforts, and if they lack, there won’t be any success. The fact that someone is highly intelligent doesn’t have to mean anything.

This person could remain at an average or even below average intelligence level living conditions and success in life simply because they lack the basic traits required for success: ambition, motivation, set goals, action, initiative, work habits, etc.

If the person with this IQ expects success to fall into their lap without moving their finger, they will be unpleasantly surprised. That won’t happen.

Many people with average intelligence who possess these skills are more likely to achieve that success than a highly intelligent person who tends to procrastinate, is lazy, doesn’t have ambition, motivation, and lacks working habits.

This high IQ is a blessing from the Universe, and shouldn’t be taken lightly and for granted.

High intelligence was given to you for a reason, and you have a moral obligation to make the most of it, for your sake, but also for the sake of other people who weren’t as fortunate as you were.