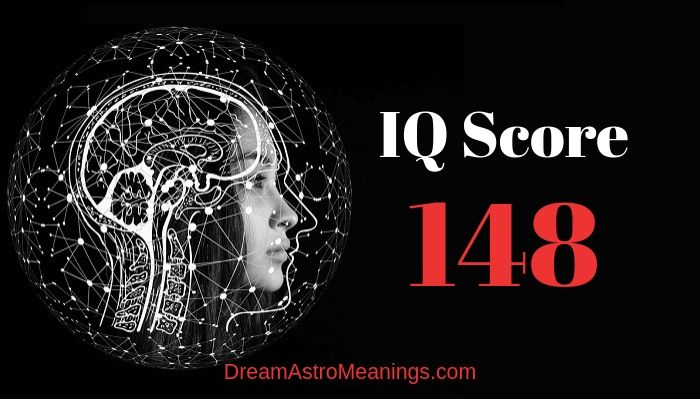 The question of reliability of IQ tests and scores thus obtained has long been controversial and debatable, since the earliest days of IQ test applications.

The very first IQ test was created in France, before the First World War, for the purpose of the educational system. This was a test for children and in focused on three parameters that of level of attention, task processing speed and memory.

This test was first to propose the category of mental instead of physiological age. The first test was later standardized by Stanford University, while there were other derivatives, such as greatly misused Army Alpha and Beta Tests. Those two were created for the purposes of First World War recruitment, but were in use out of military practice, after the war has ended.

These tests unfortunately served as excuses for immigrant population discrimination. The most widely known test was WAIS test and this one is still in use.

Whether tests are reliable or not has been argued amongst academicals, scientists, experts of all sorts and common people, of course. IQ tests do evaluate certain aspects of the intelligence, but no one could tell they cover all individual potentials.

Human intelligence is usually identified with intellectual ability in the most general terms.

Dictionaries simply refer to it as humans’ mental ability to gather information, store it and practically apply it.

This reference is completely true, but it still does not tell us how to measure this mental ability. The truthfulness of this simple definition is, however, proved in real life. We use intelligence to learn something and to use such knowledge.

In other words, we learn from experience, but not simply by trick and trial instinctive fashion; we think through our experience.

Thus, human intelligence becomes our ‘new instinct’’, to say so. It definitely makes us different from animals, although the latest discoveries reveal animals might be more self-aware, intelligent and emotional beings than we have thought so far.

It is a story for another day, although very intriguing and interesting.

Our mental abilities help us survive. We use intelligence to adjust our own existence to changes around and vice versa. We make changes we usually call progress. It is another controversial thing related to human intelligence.

Are we really smart enough to trick nature? Is our intelligence that brings us all of our hi-tech progress in opposition with nature? Hardly so, we believe, but there are other opinions.

Are We the Most Intelligent?

We humans love to think of ourselves as some really special creatures. We often think we were the only intelligent specie in the world. On one side, it seems as something one should be proud of, while on the other side, it sounds terrifying. Are we actually alone in space?

Futuristic minds propose an interesting idea, according to which we have not yet reached another level of intelligence.

These ‘beings’ are on such a high level of the intellectual that it is incomprehensible to humans! We cannot fathom their existence, so we believe we were the only ones, the most intelligent.

Whether this was correct or now, we would, perhaps, see in far far future. Now let us return to our limited earthly existence. We have been trying to define intelligence and measure it for decades.

It claims that we have at least eight types of intelligence and that all of them are connected by a common denominator, which is some sort of general intelligence.

Each type could be separately examined and perhaps evaluated. However, this approach enlists parameters that are often considered gifts and talents and not actually a part of our intellectual abilities.

However, it is highly unlikely that one’s musical talent has completely nothing to do with that person’s intelligence, with inborn intelligence.

The factor of emotional intelligence is also something those who deny reliability of IQ test call upon to. IQ tests alone evaluate some of the aspects but they do not speak about all the capacities and thus cannot actually predict life success.

There is, of course, the question of the success itself. What is it? If we take intelligence as related to education and the ability to learn and apply knowledge, it could be taken as a predictor of academic and professional success, but only to a certain point.

High score alone do not place one amongst the starts, to say so. That person’s individual characteristics would play a major role. Emotional and social intelligence, amongst other factor.

What does an exceptionally high IQ score mean in reality? Well, considering that exceptional scorers were some of the greatest inventors, scientists and thinkers of the world, there must be something that made them stand out.

You guess right, it was their intelligence and IQ score, for a part. Genius minds such as Einstein or Nikola Tesla have been said to have IQ 160, which is, by all scales an extremely high score.

That is why we call them geniuses. They are rare, having in mind that 70% are of what is considered an average score. Their ideas could change the world.

There is of course a reason why these brilliant minds were rare; genius ideas come once in a while and mark overall human progress. If everyone were geniuses, well, it would only become new ‘average’. Brilliant minds exist for a purpose.

Score 148 is definitely one of the exceptional. This score qualify you for Mensa, even on the strictest scale.

If we consider this score within academic setting, it is a highly promising one. IQ score 148 is a score that corresponds PhD degree.

People of such high score could do extensive and thorough scientific work, with writing their own original legible pieces. They have excellent reasoning, verbal comprehension, logic. However, even such high scorers are different amongst themselves.

For example, one of 148 score could be a shy and not a good public speaker, although he or she could resent with brilliant ideas, while the other could inspire many people by their bold rhetoric.

Sensibilities, emotional intelligence, overall attitude towards life and people would play a role if we think of IQ as something that could predict life success. It cannot, at least not alone.

People often ask what is it like to have a particular IQ score or whether theirs was ‘good’ or not. Personal experiences are very different, although we could agree these individuals all share common brilliance in basic parameters measured in a test.

Many would agree that having a ‘stupidly high’ IQ, to quote one of Quora posts on the question, does not mean much if you do not use it.

In general, most of high scorers agree that having an IQ as high as 148 could make  life a bit boring, as things everyone find challenging and exciting in intellectual terms seem very easy to you.

A highly intelligent person would need more mental stimulation, in order to feel satisfied. Such individuals would often feel isolated or bored by others’ company, if not as intelligent as theirs.

They could be very successful in certain areas of interests and feel perfectly fine if surrounded by those who challenge their brilliant mind. However, high score alone does not speak about their actual potential for a successful career, happy, well-situated life or else.

They are well aware of such things. It would be the best to address high score as a set of some special talents; individuals of other scores might have their own, different ones.