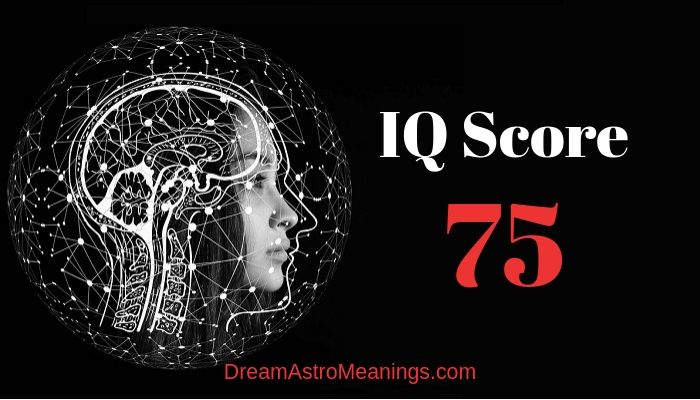 Intelligence is often depicted as the person’s ability to receive and understand information and gain knowledge. It is also the person’s capacity for reasoning, creativity, solving problems, and critical thinking.

Intelligence represents a combination of various cognitive skills and knowledge. The word has origin in the Latin verb intelligere, meaning: to comprehend or perceive.

Intelligence is measured mostly through various intelligence tests. The tests are usually created by psychologists, and they are made of different cognitive tasks.

The tasks given by the test are usually verbal, perceptual, quantitative, and conceptual. The results of the test represent the person’s intelligence quotient (IQ).

IQ tests are often used to find out the mental age of the child and comparing it to the average IQ of children of that age. The IQ is used as an indicator of the level of the person’s intelligence and is determined by using the scale scores in the intelligence tests.

Typically, IQ scores range between 40 and 160. The average IQ is between 90 and 109. Scores below are considered below average, while higher scores are considered above average.

IQ tests can be specialized to determine various aspects of the person’s intelligence.

The important thing you should have in mind is that intelligence is not stagnant and can be increased by focused effort and education. Education and knowledge expand the person’s intelligence.

Lower IQ scores should never discourage the person or the parent of a child who got such results on their IQ test.

With patience and effort, as well as using some other helping tools, intelligence can be raised up to 10 or 20 points and can be steadily increased during the person’s life.

According to different scientists, there are various types of intelligence. Most of them accept that there is a general intelligence factor, which represents the person’s general ability to gain knowledge, think abstract, adapt to new situations, reason, as well as to learn from their experience.

Besides something that can be considered a general intelligence, there is also specific intelligence, or the special skills of the person in different areas of life.

Another important type of intelligence is the emotional intelligence, or the capacity of the person to understand other people’s emotions, motivations, desires, or intentions.

Crystalized intelligence represents the knowledge gained during a lifetime. Fluid intelligence tends to decrease with aging, while crystalized tends to increase as we become more mature and get older.

Creative intelligence represents the person’s ability to find innovative ways of problem solving and have an ability to visualize their creative endeavors before they become a reality. Creative people also have a tendency of taking risks and enjoy being in a creative working environment.

For each age group, average scores are determined. This process should be done regularly because it is noted that intelligence tends to increase globally.

There are different explanations for this phenomenon, but one of the main reasons can be the easier access to information.

The intelligence quotient or the IQ is the measure of intelligence adapted for a certain age group. It reveals the age at which a certain individual is performing intellectually.  The IQ is calculated by comparing the person’s mental age to their chronological age.

Psychologists often use intelligence tests to determine the abilities of their potential candidates especially if they are able to perform certain tasks or jobs.

According to studies, genetics has a significant role in creating the person’s IQ score. Its role is much bigger than the role of the person’s environment. Children and their parents often have similar IQ.

It is a common fact that neglected children who were raised in poor conditions have a lower level of intelligence than children who are pampered and raised in households which are financially well-off.

IQ scores don’t always correspond to the truth. They can sometimes be lower than in reality due to the fact that the person has performed bad on the IQ test.

There can be many reasons for bad IQ test scores. Some of them include tiredness, anxiety, fear, lack of focus, stress, etc.

These are all possible causes for the person or child failing to give their best on the test.

That is why all these tests have a standard deviation which is factored in the test because it is known that IQ scores can fluctuate from 10 to 20 points on average.

Another important thing to consider when bad IQ test scores appear is the fact that they can sometimes be caused by learning disabilities of the child o person.

For example, they could have dyslexia, or they could be suffering from some attention disorders. It is essential to rule out potential learning issues when the person scores badly on the IQ test.

The IQ score of 75 is considered a borderline intellectual functioning IQ. In this range belong all IQ between 71 and 84. When the person’s IQ is lower than 84 that means that their cognitive ability is low.

These people often face some difficulties while performing certain life activities and tasks.

People with IQ score of 75 as well as parents of children with this IQ should not be discouraged, because as we have previously said, intelligence level can be raised through education, patience and personal efforts.

If you have a child with an IQ score of 75, don’t be disturbed because you can help your child increase its intelligence. The most important thing that you should do is to begin working on improving your child’s visual and spatial skills, its reasoning, and its general knowledge.

It is likely that you will manage to help your child rise its IQ score by 10 or 20 points and reach average level of intelligence.

There are some things that are recommended for increasing an IQ 75 level, like:

Having a tutor – Especially when it comes to children, it is very helpful to hire a tutor to help them overcome the difficulties while trying to learn the matters they were taught at school.

Watching info programs on TV – Even though informational programs might be considered boring by many people, especially children, it is advisable to watch them because they are useful for expanding the person’s knowledge as well as their vocabulary which in turn increases the level of their intelligence.

Exercising – Doing exercises is very important and has great benefits for the brain. Exercising helps forming of new neurons and synapses in the brain.

Eating turmeric – Turmeric contains curcumin which has a beneficial effect on the brain. Curcumin lowers the risk of mental retardation.

Vitamin D supplements – Vitamin D is very important for the brain’s health. It is necessary to enable the proper functioning of the brain, its restoring and increase of memory.

Sleeping enough – Sleeping is essential to restore the body as well as the brain. It helps improve the brain functions and increase the person’s memory.

Deep breathing – Breathing deeply helps increase the inflow of air in the brain. It improves the brain efficiency and its abilities.

Consuming fish oil – The brain is mostly fat, and most of the fatty acids are from the Omega group. Because of that, it is important to consume fish that are rich in Omega fatty acids. That in turn helps in the production and development of brain cells.

People with an IQ score of 75 are capable of performing different menial and repetitive jobs, which don’t require special education, knowledge, and skills.

By repeating these simple tasks these people get better at them. They can live independent lives, but often experience difficulties in performing some life activities.

Regardless of this score, it is important to remember that intelligence is changeable and can be increased with effort.