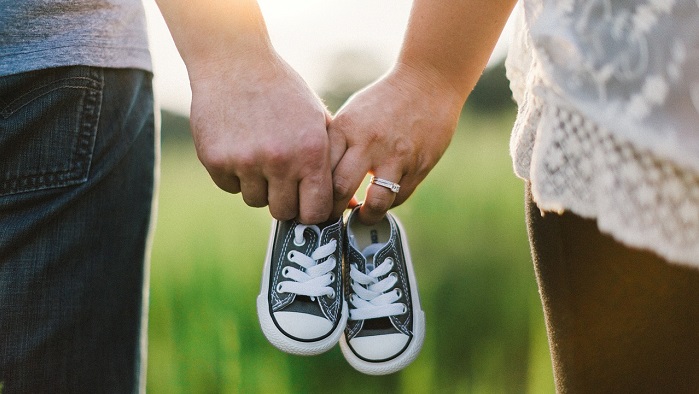 Future moms have all sorts of concerns; it is quite a natural thing! The excitement, the anticipation, the expectation and all sorts of mixed emotions make future mothers (and fathers) over think many things.

There are not many reasons to worry, if everything is fine with the pregnancy, but this blessed and delicate state requires self-care and caution.

Pregnancy and giving birth are concepts that play a major role in all human societies.

However, traditions relate to pregnancy vary and they are incredibly creative and abundant in all sorts of meanings.

Some superstitions about pregnancy are truly terrifying, while others seem really silly.

Buying baby stuff is something future parents are definitely up to, so it is not an actual ritual.

However, buying baby stiff too early might cause worry. Why is that so, no one know. For some reason, people commonly think that being excited and joyful too early (no matter what is it that they expect), could cause loss and disappointment.

People often try to suppress excitement about something, believing that they will cause the loss of what they are awaiting.

It is a strange and a very common phenomenon. It seems as if it was inscribed in our genetic code.

Superstitions are partially responsible for making such (possibly wrong) attitudes live on. Where do such superstitions come from, no one really knows.

Let us go through some of the most common pregnancy superstitions from all around the world. 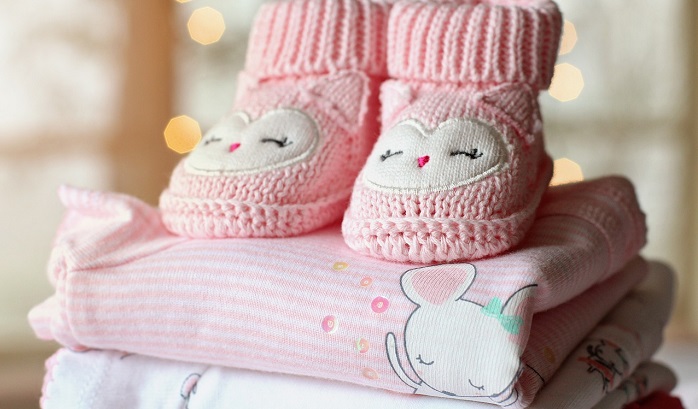 According to this belief, she could lose her baby, which happens because of the bad spirits that would steal it! This is present in other traditions, as well.

Therefore, a pregnant woman should let only her closest ones be around her, protecting her baby.

Chinese have all sorts of pregnancy myths and beliefs. One of those is probably found in other traditions. It says that no sharp objects should be near a pregnant woman’s bedside.

All objects that symbolize (and serve for) cutting are strictly forbidden. Allegedly, having them around could cause defects.

However, there is also a Chinese superstition about keeping a dagger underneath the pregnant woman’s bed. It serves to protect the baby from evil spirits. There are all sorts of beliefs related to the Sun and the moon.

A very old superstition says that a future mother should avoid moonlights, because a baby could be born with a defect of cleft palate. It is an Aztec tradition superstition. Eclipse and similar phenomena are also full of ‘pregnancy rules’.

Superstitions have always been around birthmarks. For example, if a pregnant woman desires something very much, it could happen that a baby gets a birthmark in shape of her desired object! It is a silly belief, isn’t it?

There is s superstition related to food; you know how pregnant women are kind of ‘allowed’ to indulge themselves with all sorts of delicacies.

Well, it comes from an old belief that of she desires something to eat and it is denied, the baby would possibly be born with a birthmark resembling the desired food.

There are all sorts of beliefs related to ceremonies and certain occasions.

Pregnant women should avoid both funerals and weddings. Why? Well, death and birth should not be mixed. Being close to a deceased one could cause miscarriage according to one belief.

On the other hand, weddings are forbidden for pregnant women in China. Attending a wedding could disturb the balance of the qi energy, because a pregnant woman is very likely to outshine the bride, which is considered unlucky, of course.

Chinese also say that a pregnant woman should not rub her belly, because the child will be spoiled.

Rushing into things is rarely considered good. Nevertheless, who can blame excited future parents for decorating a baby room or buying stuff for their future little one?

It also applies to their closest family or good friends, but it usually applies to parents and especially moms. They often ask if it is right to buy baby stuff before the birth or very early in pregnancy.

There is a Bulgarian superstition that says it is a bad luck to make any announcements about the pregnancy itself. They believe it should be kept secret, for the sake of a good outcome.

It is the fear we have already mentioned. This belief is, of course, not limited only to Bulgarian tradition.

Do not make any announcement about pregnancy, in order not to provoke ‘bad forces’ that could spoil the happiness.

While some pregnant women do not buy such superstitions, others would at least wait to be completely sure if the baby is developing fine. Some of them would announce pregnancy and even make gatherings before their birth time.

It is the moment to receive gifts from their relatives and friends, meant to make the future’s family life easier, since baby on the way requires many investments.

It is called baby shower and has origins in very ancient past, such as Ancient Egyptian times. It is a popular modern day custom as well. However, what about buying baby stuff too early? What is considered early anyway?

Some pregnant women get very excited after only two months of pregnancy and they are eager to buy baby stuff.

Is it bad luck?

Is it really a bad luck if you buy baby stuff too early? Well, it is an old superstition. Where does it come from? Moreover, does it make sense?

You would probably be surprised to hear it actually has a logical explanation. The reasons behind the taboo on buying baby stuff before childbirth are practical.

In old times, the percentage of miscarriages and stillbirth was much bigger than in modern world, due to lack of proper conditions, equipment, knowledge and else.

Therefore, if a woman receives many baby related gifts or gets it herself, it would be a terrifying experience to be around them and get rid of them, if she suffers miscarriage or her baby was stillborn.

Storing items that remind an unfortunate non-destined family of a baby that is lost is a hard thing to do and people would usually sell the possessions of the sort.

This explanation is cruel, but rational. However, it is much different in modern urban environment. Of course, you should be cautious, but not to over think and worry too much.

Too much stressing over pregnancy is definitely not a good thing neither for the mommy’s or the baby’s health. When it comes to this superstition, it is actually not a myth, but a practical solution.

Therefore, it is not a bad luck, in terms you would provoke a negative outcome simply by buying stuff for the baby to be.

Still, many pregnant women are suspicious. If you will worry too much about it and obsess yourself with negative scenarios, then do not do that.

Do not leave everything for the birth, prepare some essentials, but do not overdo things. Buy some essential gender-neutral stuff and focus on nurturing yourself.

If, on the other hand, buying baby stuff would make you happy and you can afford it, it is okay to do it. It is also okay to receive baby stuff from others.

There is another possible solution if you receive such gifts, but are still suspicious and feel uneasy.

Do not reject them; it would be a very rude thing to do, regardless of the explanation. Some people might get offended because obviously they do not by superstitions.

Receive gifts or buy essentials, but do not store them at your own home.

See if your parents could take the things and leave them there until the delivery. It is a fine and suitable compromise.

You will not stress yourself about it, you will have everything you need just in time. It will be ready for the birth of your baby and you will not offend kind people who wish you and your baby all the best.