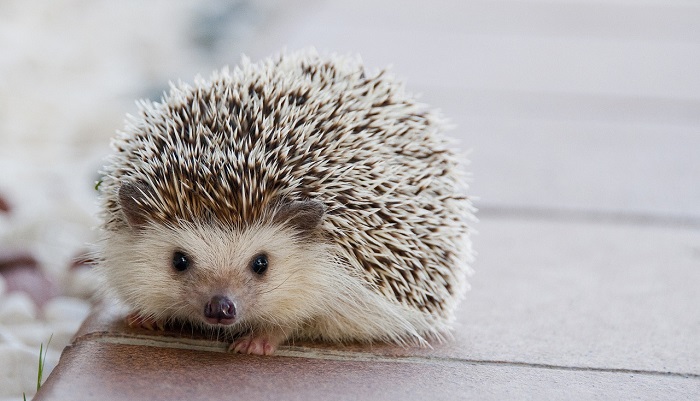 Hedgehogs are mammals with spines on their body. They usually live in Asia, Europe and Africa.

They are distant relatives of the shrews and like them, they are adapted to night activities, but some species of hedgehogs are active during the day. They have spines which resemble the ones porcupines have but they are not related.

The group of hedgehogs is called array.

Their spines are hollow hairs filled with keratin. The spines aren’t poisonous, and they are not easily removed from their bodies. With young hedgehog replace their young spines with their adult ones in a process called “quilling”.

Quills also fall of when the hedgehog is under a lot of stress or diseased.

Hedgehogs are known for their defense mechanism. They roll into a ball and the spines point outwards posing a threat to potential attackers. In their backs the hedgehogs have muscles which control how they position their quills.

When the hedgehog is in a ball position, it protects the face, belly and feet which don’t have quills. Although they have such defensive mechanisms, hedgehogs are preyed upon by some birds, usually owls, foxes, badgers, mongooses, wolves, etc.

These animals sleep most of the day. They hide under rocks, bushes, grass, or in dens. Most wild hedgehogs hibernate, but that depends on the availability food and the climate conditions.

They don’t have good eyesight, but their hearing and sense of smell is very good.

Hedgehogs use different vocalizations to communicate to each other, such as snuffles, grunts, squeals, etc.

They also have immunity against some venomous snakes, just like mice, opossums, and moles. They have a protein called erinacine in their muscular system, but not much of it is available so the hedgehog can still die if there is not enough to annul the effects of the injected snake venom.

They are also known to possess alpha neurotoxin which protects against snake venom. 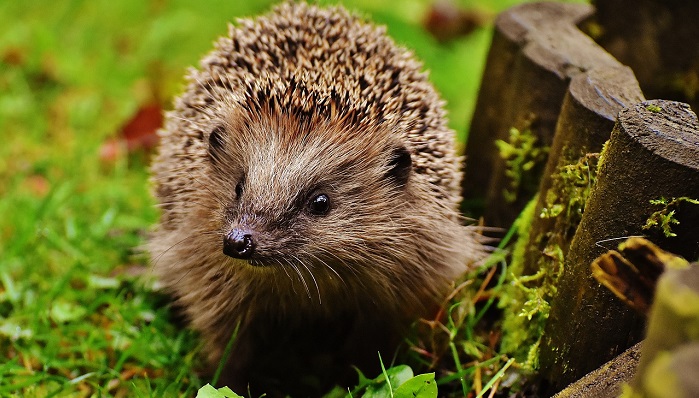 These are omnivorous animals. They eat insects, frogs, snails, snakes, carrion, bird eggs, mushrooms, melons, watermelons and berries. They are known for being resourceful and find different ways for finding their food.

During the times of hibernation, their body temperature decreases to about 2°C, and upon waking it rises back to their regular temperature of 30 to 35°C.

The pregnancy of hedgehogs lasts up to two months, and the smaller species have a litter of up to 6 young, while the larger ones have up to 4 young. Sometimes an adult male kills the newborn males.

When they are born, the hedgehogs are blind. They also have a protective membrane over their quills.

Hedgehogs are often kept as pets, and these animals are usually hybrid species. In some countries it is illegal to own a hedgehog as a pet, especially wild hedgehogs.

They don’t have natural predators there so there is no natural control of their spreading and it is difficult to eradicate them now.

One of their main enemies outside the animal world, are cars. A lot of hedgehogs become victims of car fatalities while crossing roads.

These cute looking animals are eaten in many cultures, from the days of the Ancient Egyptians up to these days.

In parts of Europe, Asia and Africa they are used for witchcraft and traditional medicine.

Some cultures, like the Bedouins use the meat to cure arthritis and rheumatism. They also attribute it some other medicinal attributes.

What does the Hedgehog Symbolize?

The hedgehog has many different meanings.

The Meanings of a Hedgehog as a Spirit Animal

A hedgehog spirit animal can have many different meanings. Here are some of them:

Individuality and uniqueness. The hedgehog is truly a unique animal. The hedgehog spirit animal is sharing this trait with you as well. If you have the hedgehog as your totem, you are most likely a unique individual, and you are much different from the people from your surroundings.

People often admire you and look up to you for your attitude and beliefs and ability to stand up for your beliefs, regardless of what others might think.

You probably have an extraordinary style, beliefs, behavior, etc. something which separates you from the average.

Defensiveness and protection. The hedgehog knows how to protect itself and is well equipped to do so. The most important weapon of defense are its sharp quills which it points out to potential enemies. Like your totem animal, you are most likely a defensive person and you don’t allow your space to be invaded unless you let someone.

Resistance and adaptability. Hedgehogs are immune to some snake’s venom. They are one of several animals in the world with similar traits. This totem animal is sharing this trait with you. You are most likely a very adaptable and resistant person and not much can harm you.

You seem to overcome obstacles with ease.

You also have the power to resist the most difficult of situations and usually have a strong immune system.

Curiosity. Hedgehogs are curious animals. They go about exploring their surroundings if they feel safe enough. If a hedgehog is your spirit animal, you probably have an inquisitive nature as well. You enjoy snooping around and discovering some interesting things and looking for new inspiring experiences and knowledge.

Tranquility and calmness. Hedgehogs are very calm when encounter danger. They roll into a ball and point their spikes towards their attacker. The hedgehog spirit animal teaches you to be calm in difficult times. You need to remain your tranquility regardless of the circumstances.

That is the only way to ensure making the right actions and decisions in any given moment.

Intuition and visions. Hedgehogs are nocturnal animals. They symbolize psychic and other supernatural abilities. They are a symbol of visions and intuitive insights. The hedgehog as your totem animal is making you very intuitive and giving you insight of things not known by many.

The hedgehog totem is teaching you to learn how to listen to your inner guidance and the answers it is giving you.

Maybe you already use your intuition and others usually ask you for your opinion on different matters.

Endurance and energy. Hedgehogs are very enduring and energetic beings. They can swim, run and climb, and they do that very skillfully. The hedgehog totem animal shares this ability with you. You are most likely a person who is very enduring.

A Hedgehog as Your Totem Animal

People who have a hedgehog as their totem animal are very interesting individuals. They are sometimes eccentric and have a weird looking personal style, but these people don’t care much about other people’s opinions.

They are not aggressive but can sometimes appear that way. They have a kind and generous nature, and others enjoy their company. They know how to deal with obstacles they encounter along the way, but they are persistent and continue pursuing their goals.

In general, they have a calm and peaceful nature. They are vigilant and intuitively know when danger is approaching.

You enjoy spending time in nature and you probably have plants at your home. You usually have a good health and your immune system is strong. You are hard one to break in any sense of the word.

What if a Hedgehog Appears in Your Life?

Hedgehogs appear in our lives when they need to warn us about our behavior.

Maybe we have been behaving too defensive or aggressive and the hedgehog is asking you to stop such behavior because there might not be a need for that. Maybe you need to be more open and trust others and not be in constant anticipation of danger and something bad happening to you.

The hedgehog could be asking you to stand up for yourself and don’t pay much attention to other people’s opinions.

Sometimes the hedgehog reminds you to enjoy your life more and find some time for yourself.

When to call on Hedgehog?

Call on hedgehog your spirit animal when:

Dreams about Hedgehog – Interpretation and Meaning

Hedgehogs rarely appear in our dreams.

These dreams could reveal our current sensitivity or emotions towards someone.

Sometimes they indicate overreacting in some situations or show your tendency to be personal about some things.

Maybe the dream is a message that your defensive behavior is hurting others.

Be a Flamingo In a Flock of Pigeons - Meaning and Symbolism
Getting Stung By a Bee Bad or Good Luck?
Reptiles - Spirit Animal, Totem, Symbolism and Meaning
Mercury Finger Palmistry - Reading and Meaning