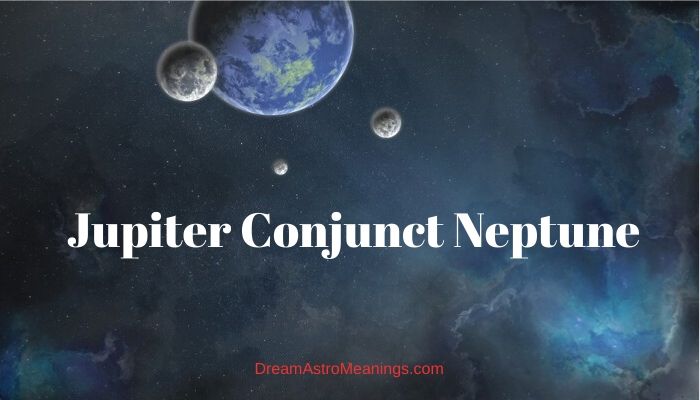 Astrology is a millennia-old discipline used for deciphering human traits and foretelling the future, but is still considered a pseudoscience and not a science.

Although to many people, astrology seems as fun for the masses its accuracy has been proven throughout time.

Astrology uses different techniques to analyze planetary placements in a certain moment of time and the connections between these planets. This is usually done for the moment of someone’s birth, for the time when some event is taking place, or for some other moments in time.

Astrology generally analyses the planetary positions in signs (especially for the personal planets which move fast through the signs of the Zodiac). It also analyses the placements of planets in the natal chart houses, as well as the aspects between them.

The aspects are relationships between planets. They are certain angles formed by planets which have a certain meaning. Through aspects a lot can be determined about a person’s traits, as well as about their potential and future events.

The aspects are divided in main or major and minor aspects. Major aspects are conjunctions, sextile, trine, opposition, and squares.

The planets connected by harmonious aspects cooperate and allow one another to express their best qualities.

Conjunctions are considered a powerful aspect, if not the most powerful of all. They occur when two or more planets find themselves on the same degree (0 degrees apart). The tolerance for this aspect is up to 10 degrees.

Conjunctions are not considered benevolent or malevolent per se and they take on the nature of the planets forming the aspects.

It sounds impossible to some, but when people interact with each other, the planets in their natal charts also come into contact forming harmonious relationships between them or relationships filled with conflicts.

The technique astrology uses to decipher the nature of relationships and their possible outcome is called synastry.

Synastry compares the planetary positions in the natal charts of two people and determines how compatible they are. It determines the aspects between the planet as well as their placements in the partner’s natal chart houses.

This points out the areas where the partner will likely influence the owner of the natal chart.

Aspects between the persons’ planets can give a lot of insight about their relationship. Harmonious aspects indicate a relationship that is based on mutual understanding and support.

The partners are supportive, and they have compatible nature. They are willing to put in the necessary efforts to maintain the relationship and wouldn’t allow meaningless issues ruin it.

If the aspects between the planets of the natal charts of two people are predominately bad, this will most likely make their relationship tense and could provoke conflicts between them.

This indicates lack of compatibility between the partners, and if the aspects are very challenging, it could indicate aggression and violence occurring between them.

If there aren’t many aspects or they aren’t of much significance, this indicates lack of basic interest between these two which implies that the relationship is not likely to be realized.

The planet Jupiter is the biggest one in our Solar system. Jupiter is mostly hydrogen and lacks solid surface. This planet bears the name of the Roman sky god, Jupiter. Jupiter was also the king of gods, and very respected deity.

Since ancient times, the planet Jupiter was considered a lucky planet, and a bringer of good fortune. Today, Jupiter still has this reputation.

Especially when well-placed, Jupiter is considered to bring good fortune, wealth, and abundance into people’s lives. Such people are considered blessed by the Universe.

They easily fulfil their desires and have a lot of opportunities to succeed and earn money. Jupiter which is well-placed ensures financial stability.

It is the ruler of Sagittarius and is exalted in Cancer. Placed in these signs Jupiter has the most power. Jupiter is in fall in Capricorn and doesn’t feel well when transiting through this sign.

Jupiter rarely brings catastrophic events, not even when it is in bad aspects to other planets.

Of course, there are situations where Jupiter brings disaster of some kind into the person’s life, usually in the area of their finances. In harmonious aspects, Jupiter brings good fortune and opportunities for success.

This is a generational or social planet, and influences generations of people who are born during its transit through one sign, and they all share its traits in this particular sign.

The planet Neptune is a very cold planet. Only Uranus is colder than Uranus. The interior of Neptune is made of rocks and ice, and its composition is mostly helium and hydrogen.

Neptune is the ruler of water and everything related to water just like the Roman god of the sea and water Neptune.

This planet rules Pisces. Neptune’s influence is strong in the lives of people who have it as their ruler.

Neptune brings confusion and chaos in people’s lives. Neptune’s influence is depending on the aspects and position Neptune is making in a person’s natal chart. If it is well-placed, it usually makes the person sensitive, emotional, and usually possessing artistic skills.

Neptune in challenging aspects could cause the person to be prone of lies, deceptions, confused, prone to psychic illness, addictions, criminal, etc. This person could also be prone to manipulation.

Sometimes, people with prominent Neptune, incline towards religion and choose a profession related to religion. Many religious authorities have a strong Neptune influence in their natal chart.

These people could also possess strong psychic abilities and are often interested in secret knowledge and practices. They are often very intuitive people.

It is important to note that Neptune is a social or generational planet, which spends years in one sign, and its placement in a certain sign doesn’t have much significance for individuals, but it has on the society, where it initiates social transformations in areas ruled by this sign.

When Jupiter in one natal chart forms a conjunction aspect with the Neptune in another person’s natal chart, this reveals many interests they have in common.

They are both very spiritual and usually very interested in developing their spirituality further.

They both love distant places and faraway cultures and they often embark on long journeys to countries with different religious background where they can expand their knowledge as well as their consciousness.

If Neptune and Jupiter have challenging aspects, the Neptune person could have a negative influence on Jupiter person, deceiving them and leading them into experiences that could have a detrimental influence on both, especially Jupiter.

These negative influences might vary depending on the circumstances and the exact case, but an example could be joining a religious or mystical cult or sect, or getting addicted on drugs and alcohol, or developing some other addiction.

The dangerous thing about this aspect and Neptune person in general, is that these people can be very manipulative and deceptive, but at the same time being able to hide these traits skillfully, luring people into believing that they are someone else.

When their victim, in this case the Jupiter person gets fooled by them, it is usually late to go back.

This contact can have a serious psychological impact on the Jupiter person, and if he wants to Neptune can manipulate Jupiter in any way they want.

This contact might be luring for the both, and they might get the impression that they have very similar personalities, which to some extent they do.

The main difference is Jupiter’s optimistic and energetic attitude towards life and Neptune’s defeatist and often depressed behavior and state which tends to draw others in.

If the Jupiter person has harmonious and strong aspects, the infatuation with Neptune will be short-lived, and they will soon release themselves from Neptune’s hypnotic influence.

For Jupiter people who are not as strong, this relationship might be a lifechanging experience, but for the worse. The Neptune person might bring them to the bottom where they are.

Because they are both compassionate and love helping others, these two might share a common goal where they join forces and pursue some humanitarian goal, helping those in need.

This might be a spiritual connection that fulfils both partner’s needs, if they both have stable personalities and are mature enough to know what is right.

Conjunction between one person’s Jupiter and other person’s Neptune is a spiritual aspect that draws these two together.

However, if the aspects in their natal charts involving Jupiter and Neptune are challenging, this aspect might introduce deception between the partners.

Neptune is likely to be the side that will lure Jupiter in things that could be harmful and detrimental to their life, like addictions or joining dangerous cults, or similar matters.

Sometimes these two might be joined by a humanitarian cause, they fight for together. In some cases, they might be bonded by their religious beliefs.