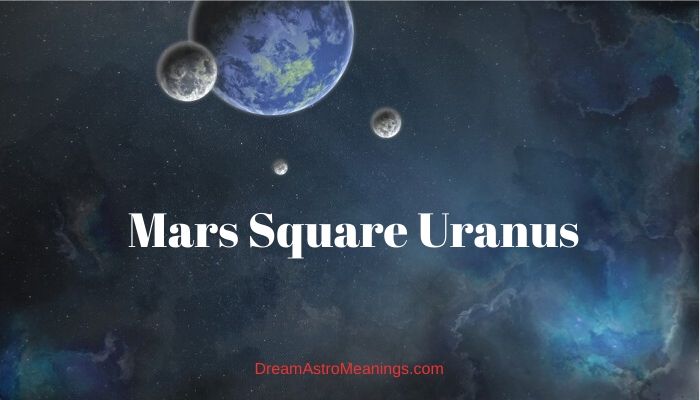 Although people commonly call it the science of stars, it is questionable whether astrology could be classified as an actual science or not.

Astrologers themselves often talk about it as of a science; astrology, indeed, has very well established principles, rules, knowledge to be based upon. However, it deeply enters the realm of spiritual and other domains, so a natural scientist, for instance, should never call it a science.

It would safe to say that astrology is a very specific skill, ability, a talent and a gift even, needed to understand the images of the sky. These images are represented by astrological charts; namely, natal charts.

Astrologers are guided by the old hermetic tradition idea of macrocosm reflecting in microcosm and the other way around. Thus, the whole imagery of space reflects in us.

A major plan has its mirror on a minor plan and vice versa. Astrologers analyze this bigger plan of the cosmic realm, at least one part of it, planets of our universe. Planetary position at the time of a person’s birth determines that individual’s destiny.

An astrologer looks at a natal chart, a diagram that represents those planets and their positions and analyzes it.

This diagram is unchangeable that is, fixed in space and time. What was written in the stars could not be undone. However, things are much more complex.

People are wrong about thinking these unchangeable things are predictions of their life path. Natal charts are not predictions. They reveal the interplay of planetary energies.

A thorough interpretation of a birth chart could, true, pinpoint some of the major events in one’s life, past events, as well as future ones. However, such an interpretation should not be taken as a strict prediction.

To have an insight into a natal chart means to look at yourself from the outside and then to dive deep within. It helps you understand yourself better.

The same is with relationships. Synastry report is one of the most popular astrological analyzes. It is tricky, because creating stereotypes for specific connections of planets between two charts is uncertain and the whole image must be viewed.

We will look into one specific aspect, but one has to bear in mind others, not mentioned, would play a tremendous role.

First, what is synastry anyway? It is a comparative study of individual natal charts, usually for the purposes of understanding a romantic relationship or seeing into its potential course.

Synastry analyzes aspect between planets from those charts, point by point. A different, though greatly related type of analyzes is composite chart.

Synastry would point out weak and good points of a (potential) relationship. Surely, no one wants to see some negative aspects in there, but those should not be discouraging, but challenging, rather.

Of course, there would be relationship that will prove certain negative aspects could not be overcome. However, many others would prove exactly the opposite.

The thing is that each synastry is the story of its own, a great complex of symbolism intertwined, planetary energies in exchange, blocked and free energies, conflicts and smooth areas. No relationship is simple.

Synastry tells about the compatibility of two people. An astrologer is a third party, rational, professional, well informed and analytical.

Astrology claims each one of us possesses enough potential of developing and nourishing a harmonious relationship with another person. However, the first step is to find the harmony within.

Some people feel so torn from within that they cannot form a steady and healthy relationship with others. The first step in any serious synastry analyzes is the insight into both charts separately.

What happens when synastry involves two intense planets, though in a different manner, such as Mars and Uranus? Uranus always brings instability into a relationship, while Mars brings raw energy. What if they form an unfavorable aspect such as the square is?

Before we see into the aspect, let us meet our two planets.

The first association that comes to one’s mind when Roman god Mars or Greek Ares was mentioned is that of war, of battle, of warlords, vengeance, violence and raw strength.

Ares was in love with battle; this bloodthirsty deity was not so much loved by the Greeks, being vital, beautiful and strong, but so scary, dangerous and violent. Romans, however, praised Mars, building many temples in his glory.

Whatever the mythology has to say about Mars, this ancient deity has always been one of the most widely known and popular personifications of war and conflict.

The planet Mars is also known as the planet of war, strength, vitality; Mars is sometimes referred to as the bloody planet or a star of strength.

Brutish, combatant, destructive Mars is similar in astrology. With Mars, matter rules over spiritual; carnal over soul. Mars is impulsive, aggressive and raw.

However, it also has the incredible and much needed power of self-regeneration, recovery and healing. Mars represents the enterprising spirit, activity, straightforward action.

Mars represents everything animalistic in a human being, the call of carnal impulses, our irrational passion, our instinctive reactions, our wrath and rage. Mars is an extremely strong, active, vital masculine principle.

One could easily conclude that bad aspects with Mars are not very welcome.

In good aspects and good position, Mars could be incredibly positive. It makes one courageous, active, self-confident, highly productive, ready to risk, but not to lose head over something.

In negative circumstances, Mars’ raw force could be uncontrollable and very destructive or a person could lack all of it. Let us see how it gets along with Uranus, in synastry.

Uranus was believed to be the god of the sky, sometimes identified and equated with the sky itself.

In Roman tradition, Uranus was identified with the primal god Caelus; his mother was Aether, the goddess of eternal light. We could even dare to call Uranus a light-bringer, since this principle is definitely associated with some rather intriguing, new ideas that are meant to destroy the old order and introduce a new one. Uranus stands on the edge of tomorrow.

Although people usually think transcendental planets, such as Uranus was, being too distant and slow do not affect individual lives as much as other ones.

Of course, personal planets would play a more defining role. However, if transcendental planets form aspect with personal ones, they would show stronger influence.

Uranus is strong in people who are unique, highly individualistic, original, strange, awkward and eccentric in the eyes of others. Uranus has a constant need to reform, to change things. Its energy is strong, fierce and sudden.

This planet is associated with dramatic major events on a larger scale, such as rebellions, revolutions, but also major discoveries, ingenious inventions.

Uranus wants to cross established borders and wants to separate; it breeds unconventionality. When in synastry, Uranus is usually to be blamed for instability of a relationship, inconsistence, distancing and lack of reliance.

We cannot say Uranus makes a relationship doomed to fall apart; it would greatly depend on the aspect and the planet related to Uranus.

We have two very tricky and intense planets here, each in one of the partners’ birth charts and they form the unpopular aspect of square. What does the square represent in astrology, be it in a natal chart or in synastry?

Square falls under the category of heavy aspects, but it does not have to be discouraging, if taken with understanding.

Squares represent tension, conflicts, arguments, restrained flow of planetary energy. Squares cause lack of tolerance and lack of understanding, because there is lack of awareness.

The square should make you become aware of the problem so that you could harmonize the area of life affected.

In synastry, it could be very challenging and it requires understanding. The square aspect should make you search for solution and work on it.

Problems would very likely reoccur with a square, even if you become aware of the situation and willingly try to manage it. It is not an easy road, though not impossible.

Combatant Mars and rebellious Uranus forming the heavy aspect of square does not sound very promising, but threatening, rather.

Let us see into this explosive combination. Yes, there will be conflict, tension, a lot of wasted energy from both sides.

However, they both have enough energy to waste, to say so. However, in this case, it is Uranus who would probably get tired first.

For mars, carnal aspect of the relationship is something essential. Uranus, however, could be very elusive. Uranus could want it desperately at one moment, the two would very likely experience explosive, consuming connection, and they would enjoy it to the fullest.

At other times, Uranus’ interest could simply be focused somewhere else, which could be frustrating to a needy, demanding Mars.

The good side is that those two energetic ones both love to experiment; Uranus out of constant need to change things, to invent new things, to rebel against conventions, while Mars out of its courageous, daring, adventurous spirit and competitive nature.

Everything with Mars eventually turns into a battlefield. To some point, it could be stimulating.

Once it crosses the border, it becomes exhausting and troublesome, especially because Uranus’ focus’ shifts easily and it happens that Uranus person simply cannot answer mars person’s demands.

Uranus does not want to answer any demands, in fact. There could be a lot of recklessness between the two. Instability is definite with this aspect.

Mars square Uranus connection starts suddenly, as all Uranus relationship start. The heavy square aspect however instantly brings in tension to the connection that is naturally tense, naturally electrified, and intense. At first, it might feel extremely good.

These partners are likely to find great excitement in their moments together, primarily their intimate moments.

However, things could very soon turn into a risky scenario. Independent Uranus, one that is not much interested into any sort of commitment would soon start feeling threatened by mars personality.

The aggressive, forceful, demanding attitude is something that would annoy Uranus and could make him or her either quickly distancing or even more rebellious; it depends on other aspects and on personal charts.

Another risk is that the relationship, as much as it was exiting at the beginning, very soon bores Uranus. If the Uranus person cannot find something fresh enough and, in these terms, stimulating and engaging, he or she would simply walk away.

It could drive Mars mad, but the truth is they could feel very hurt. As in all such intense connection, moderation is the key.

Mars square Uranus is possibly one of the most intense, though usually short-term connections.

It does not mean your relationship would fall apart, since we have no insight into any other aspect.

However, takes separately, Mars square Uranus is dynamic, too explosive and exhausting connection to last.

You should, of course look into other aspects and consider all other points in synastry that bind you.

This is a challenging aspect in a very obvious sense. Both partners stimulate one another, but the heavy aspect makes them cross lines and behave recklessly, be it in physical or mental sense, or emotional.

The problem is that both of these planets breed impatience lack of, ability to make compromises, a lot of impulsiveness and generally more focus on one’s self needs, rather than on those of a partner.