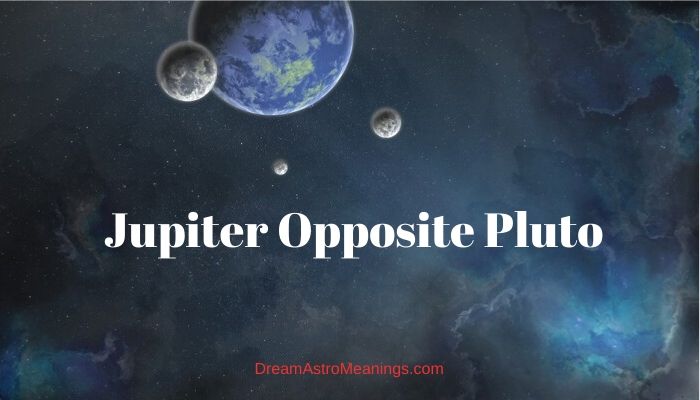 Let us talk about astrology! Sure, in modern times, everyone knows something about horoscopes, but not nearly as much as an astrologer could tell you.

Astrology is chiefly about our complex personalities and relations between this universe we call our home and ourselves.

Therefore, astrology and astrological readings have to be much more that people in common talk designate as a horoscope. People equate the term of horoscope with that of zodiac sign; more precisely, the ruling zodiac sign or Sun sign.

When someone asks you about your horoscope, you will most probably tell them what your sign was.

Moreover, people would take their zodiac sign as some kind of a signature mark, even presenting himself or herself as one Aries, or Scorpio, or a Leo or whatever the sign may be in a particular case.

Does your zodiac sign explain who you are? Is it a good way to introduce yourself? Well, yes and no. Your Sun sign surely plays a vital role in your personality.

However, it is but a part of a more complex image, your natal chart. Each sign of the zodiac plays some role. Each planet of the Solar system, as well, plays its part.

The complexity of their distribution and mutual relations is what makes you a unique person, just as all the people you have ever met in your life. How this relation between stars and humankind first came to be?

In times when our civilization was young, astrology was very popular. The oldest horoscope is associated with ancient Babylon, the magnificent civilization said to have had numerous astrologers.

In fact, until the seventeenth century AD, it seems that astrology and astronomy were treated together and taken seriously.

Of course, astrology has had different periods during its long history. However, during the seventeenth century, the Age of Reason, it was separated from astronomy and put into corner along with other alternative practices.

Today, astrology is taken as a pseudo science, although it is very popular and easily accessible.

True, doing astrology is a tricky thing, since, it seems, anyone could claim to be an astrologer. There are, however, proper courses in astrology et cetera. In any case, even though astrology is not an official science, many people trust its prognosis.

Astrology could give you useful information and make you think about important things in your life, one way or another.

For this reason, it is of essential importance to understand what natal charts represents and how could they be compared.

Natal astrology is the base of all further analyses. Natal charts are astrological identification cards, astrological psychology and medical profiles and so many more. Astrology claims that our destinies were written in the stars.

Everything that we are is hidden in planetary patterns and their movement. At the time one is born, planets make a unique sky pattern.

Of course, many people have been born at the same time and in the same place. The trick is that what were written in the starts at the time of one’s birth are potentials of that individual.

Therefore, further development, growth and use of such potentials depend on other factors. This way, each one of use grows into a unique and original personality.

Now, what does this have to do with compatibility? This thing is pretty clear. Each unique natal chart reacts to the other chart, to charts of other people.

If you are interested into a specific connection, you could have your charts compared, merged and analyzed in several ways. Astrology could be of great help.

Synastry is comparing natal charts. We usually talk about romantic compatibility, so, in that case, the astrologer compares natal charts of romantic partners, current or potential ones.

By comparing charts, the astrologer could see how compatible they were. Aspects these charts create amongst themselves would tell much about the nature of one relationship.

Each chart is first analyzed separately. Astrologer thus meets people who were involved with a relationship and sees more clearly what type of people they were and how compatible.

Once the astrologer compares them and interprets specific planetary contacts between them, we can get a full and detai9led synastry report.

Synastry could be of much use in understanding how relationships work. Synastry is not a one hundred percent accurate prognosis that would tell about the ‘outcome’ of a connection. It tells you about what potentials one particular connection has.

Therefore, it does not mean that your relationship is going to be a disaster, if there were some bad indications and vice versa.

Each planet has its own nature and energy; in aspects, these energies are combined or opposed or conflicted or cooperative or whatever else.

The nature of aspects could be flowing and easy or heavy and challenging. There is also an aspect that could manifest in either bad or positive way.

However, an isolated aspect does not describe the whole of a relationship. It is but an element. The complexity of aspects and the complexity of individual chart make for a full picture.

Opposition is one of the heavy aspect; in fact, the most problematic one. Oppositions in natal astrology could be particularly troublesome, as they make a person feels contradictory from within.

It could lead to self-doubt, going to extremes and such problems. With natal charts oppositions, one would often feel torn from within.

Now, it does not have to be dramatic, depending on other aspects he or she has in a natal chart. In synastry, opposition is conflicting and tense.

It brings out the worst of planetary energies and it make people argue, fight and leads to misunderstanding, lack of tolerance and difficulties in general. In opposition, there is no flowing energy and cooperation.

While this could remind of a story of two goats on a bridge, oppositions are not necessarily destructive. These aspects could, in fact, act as a stimulant. If other aspects are favorable, a couple could in fact have great use of opposition.

Opposition does mark differences. Sometimes, differences are the most attractive and good lessons.

Jupiter is known to be the most beneficial agent in natal charts, synastry and astrology in general. Jupiter is the planet of optimism, expansion, fortune and luck.

Those who have a strongly positioned Jupiter in natal charts, especially if in some very good aspect, are commonly said to been born under a lucky star. Well, Jupiter indeed is a lucky star.

Associated with Roman god Jupiter, the god of wisdom, justice, divine and human laws, this planet manifests in an easygoing manner. Its energy is associated with high social status, with high education and prosperity as a whole.

Nothing with Jupiter was forced; it all comes more or less naturally. Jupiter god was a protector of humanity.

This planet is primarily associated with greater knowledge, faith, religion, philosophy, travel, expanding views and horizons. It is associated with distant travels, with foreign people and foreign lands.

Jupiter is a beneficial one. In synastry, this planet makes things go with the flow, easy and unrestrained. In general, Jupiter brings prosperity and luck into love life.

Pluto is magnetic, mysterious, distant and somewhat gloomy planet. It is associated with ancient deities of the underworld, Pluto and Hades (the same god in Greek and Roman pantheons).

Greeks did not want to say his name aloud, for example, not wanting to ‘invite’ death. However, none of these people hated Pluto. His kingdom was considered inevitable.

Pluto was never considered an evil god, but people naturally did not like him that much. Beside the association with death and darkness, Pluto is also a deity of great might and power.

In astrology, we could call it a hidden, magnetic and hardly visible power. Pluto has always been associated with occultism, mystery, darkness.

Pluto rules the sign of enigmatic, though often irresistible Scorpio. This is the best way to describe Pluto’s effect.

In a relationship, Pluto is often associated with power struggle and usually responsible for unhealthy obsession, possessiveness, jealousy. Having Pluto in a heavy aspect is not particularly promising thing.

Let us see what happens when it opposes Jupiter.

Personal issues that tend to project on a bigger plan, the relationship itself, mark Jupiter opposition Pluto aspect in synastry.

Pluto is the planet of transformation; in this case, it usually represents some kind of an inner transformative process of the partner. Pluto person cannot avoid projecting their need to transform on their Jupiter partner.

Jupiter is generally easygoing, but no one likes to be involved with processes that are not their own.

Regardless of how much love and attraction between them, this could be a particularly tense relation. Pluto wants to transform through Jupiter and so, in reality, it often ends up by trying to transform Jupiter!

Remember, Pluto is powerful and its influence is not something easily to be ignored.

The greatest difference between these two is that Jupiter would rely on their reason here, while Pluto relies only on emotions.

This leads to arguments concerning beliefs, those of all sorts. Pluto may try to convince Jupiter to change their own beliefs, just in order to prove (to themselves!) they were whom they believe they are. Yes, this all sounds pretty confusing and it is so.

Although Jupiter opposition Pluto would often bring you into this kind of a situation, there are certain bright sides.

However, those require involvement of some favorable additional agents and aspect. The polarization between mental and emotional, embodied in Jupiter and Pluto, could lead to mutual understanding by accepting there is another way of approaching issues.

This does not come naturally and it requires incredible level of self-consciousness and openness of mind.

Pluto is never easy when in a negative aspects in synastry. Jupiter and Pluto are very different in their attitude, nature and energy.

This opposition usually does not bring in drama and impulsive behaviors, but it could make a relationship tense and lingering in an atmosphere that suggests something was wrong, while all elements of a relationship, taken isolated might appear perfectly fine.