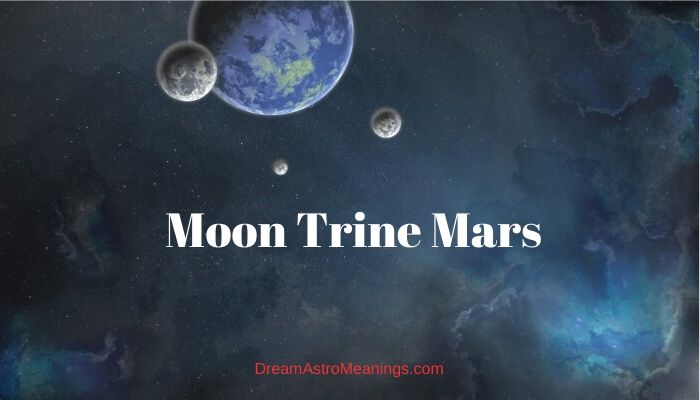 A long time ago, people discovered the influence of stars and planets on the life on earth as well as the life of individuals. They gathered their knowledge about the impact of the Sun and the Moon and other visible planets, in a discipline they named astrology.

Astrology was a praised means to foretell the future since antiquity.

The oldest written records of astrology date back to the ancient Babylonians. Even though its value and accuracy have been proven so many times, there is still a reluctance to promote astrology to scientific status. Until that happens, astrology remains a pseudoscience.

Everything begins with a certain moment in time, whether it is someone’s birth, or a certain event, etc. A natal chart is made for that exact moment, which freezes the planets’ positions in that moment.

The basic astrology technique then analyzes these planets in the signs of the Zodiac, their placements in the natal chart houses as well as all the aspects between them.

The planets’ positions in the natal chart houses are very important because they show where the focus of attention is as well as the most of action. The aspects reveal the person’s traits, their interests, possible events, and their overall path in life.

Some astrology techniques can be used to determine the outcome of certain events, etc.

The aspects the planets form represent certain angles between the planets with a specific meaning. There are different types of aspects, but they are mainly divided in major and minor aspects.

As the name says, the major aspects have more significance and are used in every analysis, while the minor aspects are used by some astrologers and usually only when they are exact.

The aspects have most power when they are exact. Main or major aspects are sextiles, conjunction, trine, square, and opposition.

Aspects can have favorable and challenging nature. Favorable aspects bring fortunate opportunities into the person’s life and enable the person fulfill their desires and goals.

They allow the planet’s to freely express their energy and best of their nature. They are aspects that promote success without much effort.

If the aspects are challenging, this is usually a sign of obstacles and challenges that need to be confronted to achieve something. They create blocks and sometimes prevent the success of actions.

These aspects require a lot of hard work and efforts as well as patience to fulfill goals and desires.

Trines are favorable aspects and are formed when there is a 120 degrees distance between two planets. The trine is considered the most fortunate aspect by many astrologers.

It creates opportunities for achievement of goals and it eases achievements, which with the help of this aspect don’t require much effort.

Astrology uses similar methods to analyze relationships. The technique in astrology which deals with analyzing relationships is called synastry.

Synastry analyzes the positions of the planets from one birth chart into another birth chart, to see how the person whose planets are observed influences the person who is the owner of the natal chart and in which areas of life is this influence likely to express.

Synastry also determines the aspects between the planets in the partners’ birth charts.

The aspects reveal the overall nature of the relationship. In general, favorable aspects between their planets have a supporting effect on the relationship and help neutralize the negative effects of challenging aspects.

Challenging aspects between their planets don’t always have a devastating effect because they add a dose of energy and initiative in the relationship which can sometimes lack if the aspects are only flowing.

Of course, harmonious aspects are required for the stability of the relationship and if there are only challenging aspects the relationship will likely be full of tension, aggression, conflicts, and, in worst cases, violence.

With flowing aspects, the two individuals have a sincere desire to maintain their relationship.

This indicates that their characters are compatible and that they share similar interests.

They are tolerant to each other’s differences and willing to put in the efforts to maintain the relationship. When the aspects are challenging, the situation is different.

There is often not enough will or interest to put in the effort to overcome their differences.

The partners aren’t tolerant to their differences and easily get into conflicts. Challenging aspects require a lot of tolerance and compromise which often lack. These relationships are usually not very lasting or represent a draining experience for the partners.

The Moon is a satellite; in fact, it is the Earth’s only natural satellite. The origin of the Moon is still not a certain fact. It is generally believed that the Moon was formed from the debris which arose after the collision of Earth and an asteroid.

That event is believed to have happened around 4.5 billion years ago. For some people, the Moon is an artificial object made by aliens.

When it is in these two signs, the Moon feels best. The Moon is the ruler of emotions and our subconscious content.

It also rules our beliefs and habits, our sense and need of comfort, our ability and desire to take care of ourselves and others, etc.

The Moon rules our home and it reveals how it looks as well as our attachment to our home. People influenced by the Moon are often home types and enjoy spending their time there, surrounded by their friends and family.

The Moon also shows how we deal with daily issues and how much we take care of ourselves or people we care for.

The Moon is also the ruler of our mother and other women in our life. It shows our relationship with our femininity and reveals how much we embrace it. The Moon also rules our motherly instincts. It rules intuition and people influenced by the Moon are usually very intuitive and in tune with their inner being.

The Moon rules our memories. People influenced by the Moon often have a tendency to hold onto the past and hurtful memories. This prevents them from moving forward and blocks their progress. They often have a clingy and needy nature, and are very emotional and sensitive.

Their feelings are easily hurt and they tend to protect themselves by being reserved. They are often very shy.

Mars is small, but has a dangerous reputation. This planet is covered with red iron dioxide and that makes it surface appear red. Because of this trait Mars got the name “red planet”.

Mars is similar to Earth and that is why many people believe that life on Mars will someday be possible. Some even believe that in the past life was present on that small planet.

Mars has a bad reputation and that is not underserved. Mars can have a destructive influence. The ancient Roman god Mars had a similar reputation. He was the god of war and conflicts.

Mars in harmonious aspects can give traits such as endurance, determination, power, initiative, passion, energy, courage, confidence, leadership skills, etc. When the aspects of Mars are challenging, this could have a devastating effect on people’s lives.

This planet rules Aries and Scorpio; its exaltation is in Capricorn. This is where Mars has the best influence and most power.

People influenced by Mars have powerful personalities and magnetic effect on other people. It all depends on the Mars’s placement in the natal chart and the aspects it makes.

When it has challenging aspects this makes the person prone to violence, destructive behavior, intolerant, brutal. They often have conflicting personality.

If the aspects Mars is making are beneficial, that makes the person strong, confident, determined, brave, focused on achieving their goals, persistent, and never gives up. This person can also possess strong temperament and be very loud.

Mars people can have a controlling and domineering behavior. They can also be provocative, competitive, and intolerant.

When someone’s Moon makes a trine aspect to another person’s Mars, this makes an intense combination with strong physical attraction on both sides. The Moon and the Mars person are magnetically attracted to each other and can’t keep their hands off.

This is an important aspect for long term relationships and marriages because it keeps the passion alive and burning.

The attraction between them is instinctive. They recognize each other as an ideal partner to fulfill their physical needs. The Moon/Mars trine in synastry is a compatible combination of male/female energy which works perfectly to fulfill all their physical desires.

This aspect creates a lot of tension and energy between the partners, but they enjoy the experience.

Mars can find the Moon person fascinating and very attractive, and the Moon person might be mesmerized by Mars’s strong personality and confident attitude. This combination can be fiery. They are both eager to fulfill each other’s desires.

Because the Moon is very sensitive Mars in this combination tries their best not to hurt their feelings.

This is usually not the case when there is a challenging aspect between them. Mars can often misuse their power over the Moon to control and manipulate them.

With the trine, the Moon is usually protected from the Mars’s person brutality and often inconsiderate behavior and remarks.

The trine aspect between someone’s Moon and other person’s Mars is an excellent aspect to promote stability and longevity of the relationship.

This combination creates strong physical attraction which is a prerequisite for any romantic relationship.

They are magnetically drawn to each other. They often consider each other ideal partners.

With challenging aspects between these two planets it is likely that there will be some hurt feelings and ego issues. With the trine both sides respect each other’s feelings and try not to hurt them.

This combination creates a lot of tension and passion but they both enjoy it immensely.

The Moon/Mars trine in synastry helps maintain the relationship and neutralizes the effects of challenging aspects between the partners’ planets.