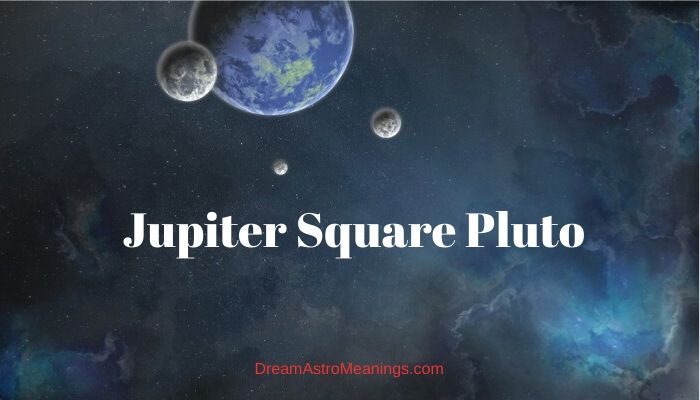 Stars can reveal so many things, as our destinies are written on the heavenly vault. Planetary movement is a great symphony of the universe of which we are a part and we play a tune within it.

Human knowledge about the space and the world we live in has been expanding ever since, but still the cosmos holds many mysteries. Astrology, the ancient ‘science of stars’ could, perhaps, give us some answers.

When speaking about astrology, people usually think of horoscope or, more precisely and more simply, about the ruling horoscope sign, the Sun sign.

However, the background of that one sign is a complex scheme, an image of the sky, an astrological birth chart. The birth chart represents the exact position of the planets at the time a person was born.

Besides analyzing your natal chart and seeing into where it might lead you in life, one could also compare two or more horoscopes, charts, in order to see how the people in question get along with one another.

Although one could do a comparative analysis on more charts, people are usually interested into the romantic compatibility of two natal charts.

However, before the astrologer compares the two charts, in order to see how the two affect one another and discover the potentials of the connection, he or she has to look into both charts separately.

It is an essential step in creating a reliable synastry report. The astrologer has to know both of the persons involved, from the astrological point of view. The astrologer would focus on the important elements regarding love life and concepts related.

Some of the most important segments to look into are each one’s emotionality, the way the people involved express emotions, their level of sympathy, empathy, compassion, their triggers of affection, their concept of love as a whole.

The expectations the individuals have of the romantic aspect of their life would be extremely important to learn about.

The astrologer would see into their tendencies towards long or short relationships, towards family and marriage, their relationship goals and so on. Their level of commitment and their perception of it is, of course, important.

What is Synastry About?

The synastry is a term that comes from two Greek words and it basically means an interconnection of the stars. The mutual influence the planets create, it is what the synastry is about. It deals with the planetary aspects seen between the charts in question.

There are major and minor aspects; square is one of the major aspects. Planetary aspects are angles related planets form within an astrological chart.

Planetary aspects are to be seen in one natal chart. Once you compare the two charts, you could create a composite chart or synastry where new aspects would be formed between the planets prominent in both charts.

It is a complex and very interesting thing to explore. Planets in one chart would affect those in the other one, to say.

Their interconnection and their relation through the specific aspect would, in a way, define the relationship between two persons, if we stick to the most common interpretation, that of a romantic relationship.

Aspects could be heavy or easy and each one would manifest in a relationship, in a specific way, depending on the type of the aspect itself and of the planets involved.

Jupiter in Mythology and Astrology – The Importance in Synastry

Jupiter was the father and the ruler of gods in the classical roman mythology. He has ascended to the throne of gods after defeating his father, the terrifying titan Saturn, who was devouring his children, in fear of being overthrown.

However, the brave Jupiter defeated his grisly father and he and his brother, Neptune and Pluto, divided the world between themselves.

These deities are all counterparts of Greek ones; they are Zeus, Cronus, Poseidon and Pluto, in order of mentioning their Roman names. Jupiter was the god of the skies; the deity of light, thunder, lightning, rain and all other similar phenomena.

He rules the heavens and the earth. He was also the deity of justice, truth, power and bravery, as well.

Jupiter in astrology falls under the social planets, which meanings it is not that much about the personality traits of an individual, but about one’s relations and attitude towards the world, towards the society and other people.

Jupiter is, in this regard, a lucky planet and a positive one. It is the planet of growth, development, expansion. It is associated with higher education, morality, honesty.

It is best understood in comparison to Saturn, which is the planet of limitations, restrictions, troubles, pain and suffering. Jupiter could be considered a protective agent and one that help us expand our views.

It is associated with long and distant journeys, foreign lands and languages. In synastry, Jupiter is about generosity, purposes and meaning, but also about the luck and fun.

The planet Pluto is associated with the Roman deity Pluto or Greek Hades, as we have mentioned above. Brother of Jupiter and Neptune, Pluto was the ruler of the gloomy realm of the dead. His place of dwelling was believed to be the underworld, also known as Hades.

Pluto was known as a serious, just and strict god; he was not loved as other ones, but feared of.

However, Pluto was also associated with justice and mercy; he was not a trickster god or the evil one, although his realm and everything associated with it were dark and solemn.

Pluto represents all that is inevitable, the inevitability of death. However, in concept related to Pluto, death is something transformative. Pluto was the deity of death and rebirth, the change and transformation.

In astrology, Pluto is associated with these concepts and with power. Pluto is the planet that allows us to see further and deeper into things, sometimes even to foretell thing. Pluto is the higher octave of the planet Mars and it is the ruler of the sign of Scorpio.

In terms of natal charts, Pluto usually does not play a distinctive role, being a transcendental planet.

However, if it forms specific aspects with other planets, its energy would manifest more obviously. In synastry, Pluto would have to play a role. It is the planet that is most commonly associated with obsession, possessiveness, fatal attraction, magnetism and so on.

The way its energy is going to present in synastry would greatly depend on the nature of the aspect it forms.

Let us see into the aspect of square, before we move onto Jupiter square Pluto synastry interpretation. The square is a 90-degree angle planets form in an astrological chart. The square is not a pleasing aspect, as it represents limitation, tension, troubles and conflicts.

When two planets form a square aspect, their energies do not flow freely, there is not much of a healthy dynamic between them.

He square is a heavy aspect and it provokes negativities. It brings in the tension over and over again, if one does not find a way to manage its influence and balance the energy.

The area of life affected by the square aspect is the one you should strive for harmony within, although it is not an easy task. This aspect should make you to reconsider your convictions and try to find tolerance.

The problem with the square is that it is not in favor with making compromises and it is not very dynamic and flexible. The exchange of the energy between two planets involved within this aspect would be difficult, tense and problematic.

The square aspect is typically responsible for discussions that are negative, arguments and conflicts.

Square would be a complicated aspect in synastry. The energies between two charts would have trouble in manifesting their positive vibrations freely.

Let us see how the square aspect would affect two powerful planets between two charts.

Jupiter square Pluto would have its mark on the relationship, so let us see into it more thoroughly.

Since the square poses tension in the relationship, we have to focus on its negative impact. Knowing about it could be a step towards finding a balance. The main problem of Jupiter square Pluto in synastry would be related to goals.

If there were different goals and expectations of the relationship itself, but also in other areas of life, there would be conflicts based on lack of the ability to make compromises.

They are two powerful ones, but they work in a different way. Pluto’s tactics are often something the Jupiter person would not like very much, as the one not inclined towards anything mysterious and under the skin, as it is with Pluto.

What is even more problematic in here is that the Pluto one would apply those tactics on Jupiter him or herself, with the tendency to form them according to their own taste.

Jupiter would, on the other hand, insist on his or hers views on ethics. There would be much confrontation regarding morality, meanings, purposes and such.

The most sensitive subjects these two would struggle to find a common tongue about would be money, education, knowledge in general, finances in general. There could be many misunderstandings in this relationship.

Jupiter square Pluto synastry could be described as an aspect of constant intellectual rivalry between partners. Yes, everything that has to do with squares will definitely be challenging.

The partners in this relationship would constantly question one another’s opinions and convictions and challenge it. It could be stimulation, but only to certain pint.

The problem is there is always a great chance it simply turns into a battlefield.

The main problem these two would face is lack of tolerance and the ability to make compromises about one another’s general attitude and the way of expressing their thoughts.

Obsessive, powerful and controlling Pluto person would always try to keep an eye on Jupiter, digging deep into his or hers privacy.

Of course, partners should be honest and to share things, but Pluto could go way over the edge.

On the other side, Pluto him or herself would not be open at all, which would drive the Jupiter person mad. Jupiter is about being open to the outer world, being ‘public’ in a way, while Pluto hates such things.

There are hardly any chances these two would every go over this, regardless of how much they could try to change one another. Well, it would not work exactly because they would insist.

The most common scenario is that the Pluto person was the one who tries to bring down Jupiter’s stands and views. Jupiter, on the other side, would try to defend their views and opinions, with ethical and moral, even religious arguments.

Although this aspect is difficult and problematic, there are possibilities to make it work.

Now when you are aware of the reasons behind the dysfunctional aspect, you could try to find a way to balance this energy.

As these two would hardly find a compromise over different tendencies, it would be the best if you could find a mutual goal.

That way, you could use your energies together. It would be tense, but there are less chances your opinions undermine one another’s.