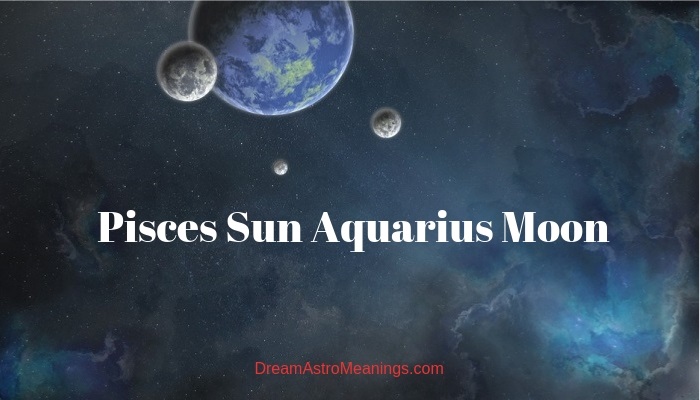 Horoscopes have always been interesting to people, be it only for amusement or for some serious insights into ones personality and life.

This applies to modern astrology, while in ancient times the discipline was taken more seriously.

In fact, astrology and astronomy were pretty much the same; both rely on observing of the stars and planetary movement.

The position of planets, according to astrology could tell many important things about our destiny.

While back into past, astrology was practiced for some rather ‘big’ purposes and was not so widely used amongst the common people, today it is widely present.

Everyone could get their birth chart done and interpreted by an astrologer. We talk in terms of Western astrology, while there are other systems, as well.

Serious and in depth astrological analysis requires knowledge, practice and knowing the methodology and principles of this pseudo science.

It is not as if everyone could do a proper astrological interpretation.

Western astrology is widely accepted astrological system and it is based upon the Solar system. It means the Sun plays the main role in it.

However, all other planets of the system must be taken into consideration, since they all affect the Sun and one another.

Together, they create a complex image that can be seen in your natal chart. The Sun is the first thing to analyze.

The Sun represents basic personality of the person in question, being one of the ‘personal planets’. There are five of them, listing the Sun, the Moon, Mercury, Venus and Mars. Each gives special traits and characteristics, but the Sun is the base.

It is a powerful, life giving principle and the principle of vitality and creation. The Sun offers one the energy to progress, to grow, create and develop.

In short, the Sun represents your basic and the most important potentials, offering you the possibility to develop those to their maximum. The Sun potential realized to the fullest is basically the best version of you.

This is, of course, not so easy to achieve. The Sun sign gives the shape of your potential. The house in which the Sun sits determines the area of life in which you might shine and reach your maximum.

It is the most challenging and, at the same time, the most promising sphere of life.

The Sun is also a masculine principle, ruler of the sign of Leo and a very stable and strong element in natal chart, the defining one.

People commonly misinterpret the whole idea of the Zodiac, astrology and horoscope, identifying it exactly with native signs.

When someone asks you about your horoscope, you give them your native; people then describe you as this or that native.

The truth is more complex, since all the others affect your native sign.

It means that not all Pisces people are the same; each one is different. However, you all share at least some basic Pisces traits. That stands for all other natives, of course. So, what about Pisces?

Pisces is a Water element sign, mutable and mysterious. Many would say Pisces are one of the most emotional and mystical signs, along with Scorpio, perhaps.

Pisces are, indeed, very deep. Their emotionality is oriented both inwards and outwards, considering how big dreamers they are and how much empathy they have for the world around.

Pisces seem lost in between the worlds of reality and fantasies. They do tend to run away from reality, since their emotionality leaves them very fragile and incapable to deal with atrocities of the life at times.

They are truly deep and aware of their emotional vulnerability. Pisces also possess great power of intuition; they see through people, but are often too gentle and empathic so that they could refuse anyone, be it on their own bad.

They are gentle, kind and loving. Not very reliable and punctual, Pisces can also be moody and unpredictable, but never out of bad intentions.

The Moon represents the other side of one’s personality as it is seen in the Sun sign. The two are inevitable and inseparable.

The Sun represents everything that is obvious, in a way; at least, everything you are well aware of. The Sun is your presence in this world, your expression and manifestation.

The Moon is something entirely different. It represents your impression f the world and the people around you. It defines your reaction towards them.

The Moon is your emotional capacity, your feeling nature and your reactivity.

The Moon represents a specific channel for your emotions. This is a water element planet, wandering, instable and flexible.

It is very important to nurture your Moon sign and listen to this subtle guiding voice. There is not much worth of all of your Sun qualities if you cannot feel them, right?

The Moon represents your inner self and your intuitive powers.

It has always been associated with mystical forces, and it remains so. The Moon is indeed a mystical voice that guides you and its intentions are all good.

All others also affect the Moon sign. Bad aspects make the Moon energy blocked or corrupted, so people cannot deal with their emotions properly and find it hard to channel their feelings.

With good aspects, they develop compassion, kindness, empathy and have no difficulties in channeling their emotions in general.

The Moon also marks an area of life that makes one the most emotionally sensitive, but also the most complete.

Moon in Aquarius indicates a person with big ideals, one whose emotions are oriented outwards, towards the whole humanity and the world.

Aquarius Moon is a pacifists, a revolutionary and an idealists who dreams about the better tomorrow for all.

Aquarius Moon is a philanthropist and a humanitarian. These people possess incredible aura and appear as if they come from the future.

They are ingenious; Aquarius Moon often is misunderstood by other. Their ideas are original and eccentric to many.

People often fail to understand them, but if they do, Aquarius Moon could become great inspirational leaders.

They feel on a large scale. Their emotionality is wide and so they feel satisfied if they can contribute to some big cause, to the whole of the humankind.

The problem is that it often distances them from their closes environment.

They neglect what is in front of them, feeling for their big cause. They truly believe it is their mission, their true call. They are very positive and creative people.

Aquarius Moon do not care much about materiality, on the contrary. They are in love with the world and the people.

Pisces Sun Aquarius Moon is an idealistic, visionary personality. These people dream big and they could perhaps never be fully present in this life.

They think before their time and they are very original. They are extremely empathic and tolerant people. They are not easily manipulated, as it could happen with Pisces natives.

These people are very optimistic and they are oriented towards future.

These natives possess special kind of strength, not so commonly found in people. They are driven by their idealistic ideas and there is nothing that could bring down their fantasies.

They are not so lost in the dreamland, as it might appear in the first place. They could become great inspiring figures and actually to make something different.

It happens if their visionary Aquarius takes charge, while their fragile Pisces steps aside, only reminding them of their empathy and kindness.

This makes Pisces Sun Aquarius Moon the greatest peacemakers in the world.

They are aware of humankind suffering on a big scale and not discouraged by it, as it could be with Pisces natives. It makes them change something for real.

Pisces Sun Aquarius Moon are peacemakers and visionary figures that could really make a change.

They have bright, light and positive aura that could easily move masses. They could become revolutionaries, but kind and peaceful ones.

Everything they do is intended for the well-being of the humankind.

These people are guided entirely by ideals of goodness, purity and equality.

Well, such a dreamy and visionary personality easily gets lost in the dreamland, if aspects are leading to this.

The main problem is their inability to focus on problems that are happening in their closest environment.

They might be distanced from their dearest ones, while, paradoxically, they get closer to the whole humankind. They should try to find the balance between the two.

These are romantic, gentle lovers. Pisces Sun Aquarius Moon have deep need for emotional closeness, but their wandering spirit and their grandiose ideals make them not so ready to commit.

They need time to gain trust in their future partner or time to develop actual interest.

It usually happens a bit later in life, once they find balance between their personal reality and their ideals.

These natives are gentle and kind lovers, but they have very strong ideals and goals.

It is very important that their partner shares their vision of the world; otherwise, they would get very disappointed.

They need someone to inspire them, to drive their imagination and their spiritual self.

They also need a person who would treat them with kindness. A graceful, sensitive intellectual would be the best match.

Pisces Sun Aquarius Moon is one of the most humanitarian representatives of the zodiac.

These people are kind and have gentle, empathic soul. However, they believe their purpose is to contribute to the whole humanity.

They instinctively control their emotional response; otherwise, they would easily break down.

Pisces Sun Aquarius Moon are attached to the whole population, seeking equality and peace for all.