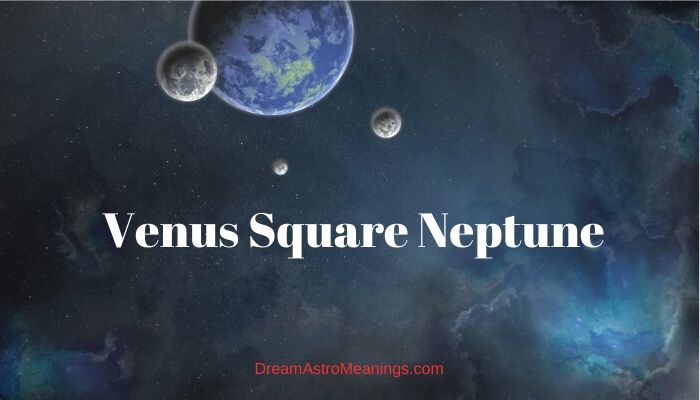 Would you like to know if stars were inclined towards your relationship? Astrology could possibly give you some precious guidelines. Deliberately we call it guidelines, since people are often wrong to believe astrological charts can predict events.

Astrological charts offer fine insights into potentials we could develop on a personal level and in relations with other people and the world we live in.

According to astrologers, everything we experience is written in the stars, though such a phrase is not as strict as it might seem, if taken simply. It is a complex mutual influence between our world and the cosmos and it affects an individual human being.

Astrology claims they also affect humans, as individual personalities. A natal chart, which is our main tool here, is a diagram of the skies, taken as an image of the planetary positions at the time a person came to life.

According to astrology, this pattern would produce specific energies that shape up each person.

However, these are not some rules set in stone, but potentials. It is similar to the approach of multiple intelligences, in a way. It could serve us to illustrate things. One might have a potential for art, but the development, use and enjoyment in that particular potential would depend on numerous other factors. The same is with information we obtain from a natal chart.

Our natal chart tells us which areas of life we have the best chance to be happy in, which are the most troublesome, what are our flaws and advantages, what types of talents we possibly have, what are our tendencies; in short, it tells about possibilities, based in certain traits and characteristics of a human person as an unique individual.

Why does this matter if we talk about synastry?

Synastry is a comparative study of two natal charts; that is why we have first to get an insight into charts we would like to compare. We have to ‘meet’ persons involved, in order to see how they would fit one another and what kind of a relationship they could develop.

One would rarely compare more than two charts and people are mostly interested in love synastry.

Romantic relationship potentials could be observed very well from the point of a synastry report. Before comparing the charts, the astrologer looks into each one and focuses on specific points.

What is very important to learn about both persons is their conceptualization of love, a relationship, romance, marriage, emotional expressions.

These aspects of each natal chart would give an astrologer a better insight into the possibilities of a connection. Once these were seen from the point of synastry, the things would make even more sense.

Synastry would show how planets from one chart could interact with those from the other one.

Synastry is different from a composite chart, because it represents a comparison of the charts, step by step. A composite chart is actually charts merged in one, new and unique chart, which gives more fatalistic information, to say.

We could say synastry is more relevant if we want to understand the possible course of development of a relationship.

Venus in Mythology and Astrology – The Importance in Synastry

Let us first see into the planet Venus, its astrological and mythological symbolism and meaning. Understanding the energies of the planets involved would, of course is the most important part of understanding one particular aspect as a whole.

In ancient mythology, Venus was the goddess of love, beauty, fertility, harmony and life pleasures.

The planet Venus is the second next to the Sun and the most luminous celestial object on the nightly sky, besides the Moon.

Venus is also known as the Morning and the Evening star, Lucifer, associated with a god in Roman mythology and later mentioned in the Latin Bible, taken as the former name of the fallen angel who became the Devil. Mysteries surround this beautiful and seductive planet.

Venus is a feminine principle, associated with the metal copper. In astrology, Venus rules the signs of Libra and Taurus, representing two of very important bases of human life, love and material sources.

Through the sign of Libra, Venus has a power to affect relationships and bring harmony, while through Taurus it could provide safety, stability, especially in material terms.

Venus is exalted in Pisces, which gives it the ability to be very compassionate and to self-sacrifice. Venus supports our social attitudes, our sense of aesthetics and our tendencies towards beautiful.

Venus is said to affect our morality, virtue, the sense of honesty, beauty and happiness. Venus could be extremely beneficial when it comes to human relations.

It supports friendship, cooperation, partnership, mutual understanding, sharing. Moreover, Venus definitely affects the romance; it supports romantic relationships and everything that has to do with it. Venus represents lust, passion and amorousness.

The most positive traits associated with Venus are loving spirit, generosity, kindness, gentleness, sense of aesthetics, sense of harmony.

In synastry, Venus would definitely have to play an important role since it represents love and romantic relationship itself.

Neptune was a deity associated with waters, the god of the sea in Roman mythology (Poseidon in Greek). He was one of the three divine brothers that shared the world in between them, according to the ancient myths. His brothers were Jupiter (Zeus) and Pluto (Hades).

The lord of the Sea, Neptune, has always been associated with impulsive and unpredictable nature.

We have to admit that waters of the world are mighty and powerful, but also deep, mysterious, uninvestigated to their greatest depths.

In astrology, Neptune represents the realm of fantasies, imagination, mysteries, illusions, deception, and trickery. It is a planet that could be a cure, just as it could be a poison.

The influence of Neptune is difficult to explain, since it neither rules the imaginary part, as the Moon does, nor it directly awakens the artistic genius, as does Venus, but it is close and related to both.

Neptune is the inspiration itself; it encircles everything else related and gives it wings. Neptune is strong in people with psychic abilities, people in touch with spiritual, wanderers through realms of fancy.

Neptune breeds illusions, because it loves living in a world of a beautiful fancy. Perhaps we could better understand it if we remind ourselves that Neptune rules the sign of Pisces, one of the most mysterious and dreamy zodiac signs.

The influence of Neptune is very subtle, secret, hard to catch, but strong, although people often think of it as negligible, having in mind how distant this transcendental planet was.

The planet Neptune has much to do with intuition, but in a very characteristic way, not in the way the Moon does. Neptune is confusing, though incredibly inspiring.

Its influence brings outstanding artistic talent; it is associated with music, poetry, painting, intuitive thinking and rich imagination. On the other side, Neptune could lead to indecisiveness, fraud, vices, addictions and mental illness.

This aspect is the aspect of tension, the inner tension and inner conflict, before everything else. The aspect of square is heavy and difficult but it does not involve oppositions and does not develop consciousness, it provokes it.

The area of life affected by planets in the aspect of square requires your effort to find the balance within it.

Squares could cause much trouble, critical situations, face you with challenges. It all serves in order to awaken your consciousness and act, in the direction of resolving the conflict.

In a natal chart of young people, squares usually remain in the area of unaware, so actions taken when faced with a problem are impulsive, not thought through.

The square, heavy as it is, makes you search for solution to relieve the tension. It should help you become more tolerant, but only if you were self-aware.

Square in synastry brings trouble and leads to misunderstandings, but it is usually not something you could not manage.

Venus square Neptune is a connection with an otherworldly, extremely romantic vibe! Any connection between Venus and Neptune would have that magical, hardly explicable romantic bond.

Their connection is fantastical, dreamy, like in a fairy tale. Romantic Venus and dreamy Neptune would share energies on a deeply mysterious, intuitive level.

Venus, although not a dreamer in a Neptune way, could be a great idealist when it comes to love and romance. The seductive, mysterious and beautiful Neptune could be an image of an ideal partner to a charming Venus.

The other way around, Neptune would be attracted to Venus’ charms and its beautifully carved sense.

However, the common problem arises, any time when Neptune planet finds itself in aspects with personal planets. Neptune enjoys the wonderland, especially such a romantic one, partially imposed on it by Venus.

The heavy square aspect would complicate things. Neptune would be delighted by Venus’ adoration and would try to keep it up, unconsciously.

The square, let us remind you, does not start with consciousness, which brings in even more confusion. What we have here is Neptune trying to meet up Venus’ idealistic image and it cannot go on forever.

Neptune person would eventually get tired, exhausted, out of the best intention; not to hurt Venus and not to shatter down the dreaminess of the relationship.

Once it reaches the peak and the romantic bubble was pierced, both partners end up sad and unsatisfied. Venus might be hurt and fail to understand the intention, being delusional for so long.

Whenever Neptune was involved in the synastry, the problem of unrealistic image occurs and it should be spotted in time.

This is not an easy task, but astrological insights, such as synastry report could help you become aware of things you otherwise would have hard time explaining to yourself and understanding.

The key to the successful relationship is always mutual trust, reliance, sympathizing, tolerance, and understanding, regardless of horoscope signs, planetary aspects and natal charts.

In this one, the focus should be on realistic point of view. Venus person should try at least to tone down their idealistic visions, which, in fact, would act as expectations.

Neptune person should actually try not to fit in the Venus’ imagery and eventually get tired of playing the role of the ideal lover. Well, we cannot say Neptune lies, because the intentions are usually pure and benevolent.

However, the complexity of this relationship lies in lack of realistic perspective, each remains in their dreamland without actually communicating it.

They do communicate, and well, on a very deep, very intuitive level, but somehow, the whole performance of an ideal relationship clouds everything and they both keep it up.

Venus Square Neptune Synastry – The Good and the Bad

This connection is challenging, but intriguing, we would say.

It is not something that is necessarily bad, but it requires certain type of limitations. It is greatly about self-awareness, since partners here play roles they find ideal, not what they truly feel, for one part.

In addition, all of it happens out of good intentions and for the sake of preserving that beautifully romantic relationship.

In order not to be disappointed and surprised even, both should be more realistic. Venus person should be aware of the idealistic expectations that simply develop uninvited.

Neptune should make the difference between what he or she really was and what the idealistic Venus imposes.

It could be a challenging endeavor, since here we could have two partners refusing to see things clear and real.

If Neptune would like to convince Venus things are not as Venus imagines, Venus might simply refuse to hear it. Neptune, a planet of illusions itself, would very likely refuse to see their own actual image.

The connection is confusing, deeply romantic and with a great risk of hurt feelings, though not something one could not handle.