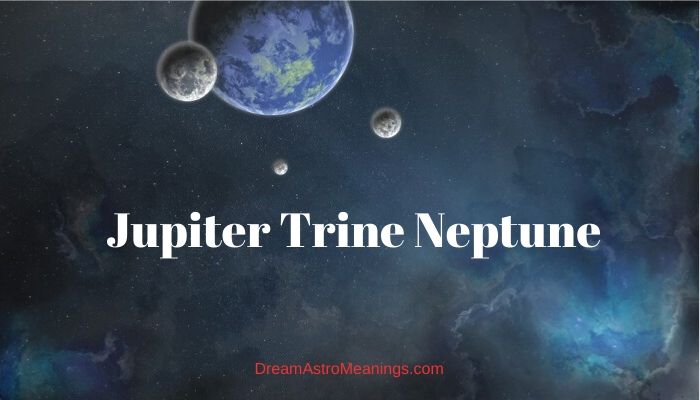 When someone mentions astrology, people usually think of horoscope, not knowing about how incredibly complex and rich the astrology was, in the first place. Horoscope is one part of astrology.

Moreover, horoscope is not simply your zodiac sign, that is your Sun sign, but many more. It is some kind of your astrological identification card.

How old the astrology was? No one could tell for certain, but some scientific evidence suggest it has been around the world ever since. Even during prehistoric times, people would look up into the sky in search for answers.

Prehistoric societies were definitely aware of the importance of cosmic relationship we have with the universe.

They did not name it the way we do, but they were looking at the same old cosmos, searching for solutions to resolve challenges they were facing at the time. Discoveries dating back into prehistoric times prove humans have known about Moon phases, for instance.

Pre ancient temples and structures also prove humans were well aware of our connection with planets and stars above.

Astrology as a system we know probably originates from ancient times. The oldest horoscope dates back into the Babylonian Empire. Moreover, historians claim astrology was extremely popular in old Babylon, just as it was popular in the whole region.

Ancient peoples, Sumerians, Egyptians, Greeks and Romans…all of them were familiar with astrology.

It must be said, though, that astrology was not a phenomenon isolated to this part of the world. Great and complex, precious astrological systems, have developed in China, on Tibet, in Japan and in India.

All of them share the same basis, the cosmic connection with the human world. Western astrology comes from ancient Persia, it seems.

Modern Western astrology was based upon hermetic tradition postulate that claims macrocosm reflects in the microcosm. The original ‘science of the stars’ does not enjoy the status of an actual science, nowadays. However, it is very popular and still practiced worldwide.

Today, you could simply browse the internet, find a natal chart calculator and get your astrological reading.

In the following paragraphs, we will deal with natal charts, comparative astrology and synastry reports. We cannot talk about synastry if we do not mention natal astrology.

Everything in astrology is connected, it seems. Let us learn more about it, before we move forward to our specific synastry aspect reading.

Astrology of Relations and Natal Charts

Natal astrology is extremely important, if we were about to get a synastry reading. First, what is natal astrology and what natal charts represent?

Birth charts are personalized astrological diagrams, so to say. These diagrams represent the sky at the moment a person was born.

Astrology claims that planets of our Solar system play the most important role in forming the personality of an individual and shaping up his or hers destiny. People are used to say that our destinies were written in the stars.

However, this interpretation leads to a common mistake. Astrology and natal astrology should not be mistaken for divination and prophetic work. Modern astrology is somewhat differently positioned towards an individual than the case was in older ages.

Our lives are not only in the hands of Destiny, but we are the ones who pull the strings, as well.

In other words, an astrological reading, such as natal chart, provides you with information about your potentials that were, indeed, written in the stars. Planetary position at the time of a person’s birth cannot be changed, obviously.

However, it is up to you to see what to do with potentials this planetary scheme offers.

Hence, it is of vital importance to understand what natal charts represent and what kind of information they offer.

Before reading a synastry, the astrologer would interpret each chart. This way, he or she learns about partners as individuals.

Synastry reads planetary interplay between the charts; however, each chart would play its unique ‘solo’ role, so to say, and affect the interplay. Once the astrologer ‘meets’ his subjects this way, synastry could be done.

Synastry report offers similar type of information as natal charts. It tells about the nature of one relationship, pointing out its weak and its strong areas.

Synastry report tells about how compatible the two were and what could be done in order to improve the connection, for instance. In short, synastry reports help people better to understand the relationship.

Astrological aspects are the most important element in synastry, of course. Aspects are specific distances between planets in a natal chart or between two compared charts.

These distances are, in fact, contacts; specific angles formed between planets. These angles affect planetary energies, as they get in touch with one another.

Aspects alter the energetic flow between planets, in a specific manner. There could be easy or flowing and heavy or challenging aspects. Each of these has its role to play.

A synastry report represents a unique mixture of aspects, seen in a comparison between charts. Synastry analyzes these point by point.

Do not get discouraged if you see many challenging aspects in the synastry report. People would do a synastry for a person they were not in a relationship yet, in order to see if it could work, since presumably they were much attracted to an individual.

Synastry gives you an insight into astrological compatibility; challenging aspects are challenges to overcome. It is not always possible, but probably worth trying.

The aspect we deal with today is not from the heavy category. The aspect of trine is the easiest and the most welcome aspect in both natal charts and synastry.

This aspect manifests with free and stimulant energetic flow between planets.

Trines support the best of the planetary qualities and help them manifest in their most natural way.

Normally, trines are favorite aspects. If you have trines in synastry, it means that the area of your life as a couple, affected by the trine, would flourish and present with harmonious atmosphere.

Trines do not require effort so that the energy could flow. Trines are non-forceful, natural and extremely pleasant.

We will see how the trine affects Jupiter and Neptune in a synastry report. First, let us meet our planets.

Jupiter was the supreme god in ancient Greco Roman pantheons. In Greek mythology, his counterpart was Zeus. As the myth tells, Jupiter has overthrown his father, the titan Saturn.

He took over the throne, ruling heaven and earth. He divided the rule with his two brothers, Neptune (Poseidon) and Pluto (Hades). The former ruled earthly waters and the latter was god of the underworld.

There were many legends about Jupiter and his activities related to other gods and humans.

He was known to disguise himself into a common human being or an animal and walk among the people. He was the god of wisdom, laws of gods and men, the god of fortune, protection, justice and high knowledge.

In astrology, Jupiter is known by his positive characteristics.

In fact, Jupiter is considered the most beneficial planets of all. This fortunate giant is considered a lucky star and the planet of joy, fortune, wealth, easiness, significant and high places that come without extensive effort, natural, inborn luck in life.

This is the planet of expansion and of positive energy as a whole. Jupiter is the greatest benefic amongst planets and one of the social planets.

Neptune is, perhaps, the trickiest planet in astrology. This distant blue planet is associated with the ancient god of waters and oceans, seas and rivers, Neptune or Greek Poseidon.

Neptune was known to be a hardly predictive, temperamental and even violent god, who causes earthquakes and smashes peoples’ fleets, but also the one who protects sailors and travelers across waters.

In astrology, its nature is more close to the attribute of water as seen as deep, mysterious and hardly approachable.

Neptune is unconsciousness, creativity and emotion, but it is different from Moon or Venus, planets also associated with these concepts. Neptune wanders in between the worlds of reality and imagination; it embodies the inspiration itself.

Too much of Neptune is a poison; a proper amount, a cure.

Jupiter trine Neptune is a very pleasant synastry aspect. These two are very compatible and harmonious, when in the trine.

Jupiter partner is typically the one inclined towards the intellectual and philosophical, while the Neptune partner is a more dreamy and emotional one. Jupiter inspires growth and it supports its’ partners’ emotional depths to express themselves in a more elaborate way.

In turn, Neptune paints Jupiter’s intellectual self with a rainbow of emotions.

The trine makes them work so well together that these two feel as if they experience the best of life when one with another. Indeed so; that is correct.

Jupiter keeps Neptune’s elusiveness somewhat structured or, better to say, grounded, although Jupiter is prone to expansion and sometimes leads to overindulgent behaviors and lacks limitations.

Neptune’s deep emotionality reflects so well in Jupiter that the one becomes inspired and grows.

Jupiter Trine Neptune Synastry – The Thinker and the Feeler

This is a well-grounded connection; Jupiter trine Neptune is a fulfilling, easygoing, expansive connection in both mental and emotional sense. It is very likely that such a harmonious bond awakens your physical passions.

In this aspect, partners are well aware about needs of the other and would do all to please the partner; it comes easy and naturally.

This is one of the most complementary connections between two very different perspectives. Since the trine was the best and the easiest of aspects, it makes the connection natural, full of understanding and cooperation.

We could say that these two different personas romantically cooperate, to say so, on a deeply intuitive level.

Let it be! This aspect could be a monumental base for your mutual life.