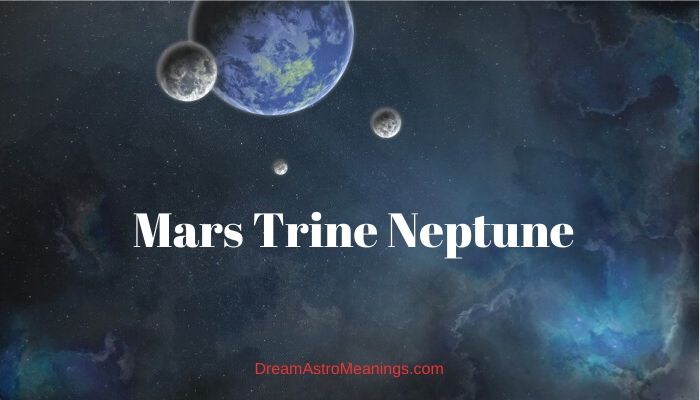 Astrology is a wonderful path that could reveal so many interesting things about the world and your place in it. Since you were here, let us take you on a cosmic journey, regardless of your opinion on astrology. Nowadays, people think semi seriously about, it seems.

However, it also seems astrology and other spiritualistic paths have been gaining more and more attention, as we drive towards a holistic approach to understanding humankind.

Many a great emperor, king, military commander or other prominent authority figure would consult their astrologers, if they were about to make some important decisions. Astrology, however, is not a divination process or a prophetic work.

True, it seems as if astrology predicts things, but it is not like that in reality. It must be said that there were many astrological systems and that Western astrology itself was not the same as it is today.

For instance, in old ages, it was believed that we are totally controlled by Destiny. What has been written in the stars cannot be changed.

There was certain truth in this claim. What was written in the stars cannot be changed, as the planetary positions are not something we could affect. Their patterns affect our lives, according to the postulate ‘as above, so below’.

However, in modern times, the human factor is much more active. In other words, what was written in the stars are potentials, not ultimate results.

Astrology could inform about major, significant events, but the most of the info it offers is about potentials and capacities. We will be talking about natal astrology, focusing on potentials, since it is very important in understanding synastry.

Nevertheless, many people would ask a common question of whether astrology was reliable anyway.

Many dispute its ‘scientific’ status. Well, if you translate the term astrology, it means the ‘science of the stars’, since the terms derives from two Greek words, astron and logos, with former meaning ‘a star’ and the latter meaning ‘science, word’.

Arguments against placing astrology among other official sciences claim it was unreliable, inconsistent and lacking proper methodology.

Well, there is some true in it. However, astrology does have well developed and very complex methodology and principles.

In addition, one cannot do astrology without learning tons of information about planets, cosmos and else. However, it is true that astrological discoveries remain somewhat elusive; they were not concrete.

It all depends on the point of view. In modern days, it seems that spiritual world and science have been getting closer, around the western world. In other parts of the globe, things function differently. Well, it remains to be seen.

Let us now focus on natal astrology and see how important it was for our synastry readings here.

Natal astrology deals with the influence of planetary distribution over lives of individual personalities. Just as we have stated above, astrology is based upon macrocosm affecting microcosm relation.

Therefore, planets affect our lives and do more than that; they shape up our personalities and destinies. The distribution of planets at the time of one’s birth affects that person’s destiny.

Your date, time and place of birth determine this planetary scheme, transferred onto a natal chart. Natal chart is graphic representation of the planets at the time of your birth.

It is a complex personalized map the astrologer would interpret and provide you with valuable information about your own personality and life.

Natal chart reveals your flaws and advantages, your weak and your strong points, tendencies, temperament, character and else. Once you get a better insight in what you may become, you could work on it more efficiently.

Natal astrology is important for synastry, because synastry reports are basically comparisons of natal charts.

People would ask for a synastry report in order to figure out how astrologically compatible they were with another person, usually in terms of a romantic relationship. Synastry is a comparative study of natal charts’ compatibility.

This implies that understanding each natal chart must be of major importance. Before the astrologer creates a synastry report, he or she has to read both natal charts, in order to get a better image about each individual.

The astrologer would analyze charts thoroughly, focusing on elements related to romantic life, such as one’s tendency towards commitment and else.

Each chart would affect the connection in a specific manner. Synastry report is a comparison and not to be mistaken for composite charts, which represent two charts merged into a new one. Synastry takes them separately and analyzes their interplay, that is, the planetary energies interplay.

Planets form one charts would create aspects with planets from the other chart. Synastry thus could tell about the nature of the energy in a relationship. It would tell you about potentials of your relationship.

Synastry report does not predict the future of a relationship. It does not reveal the outcome of a romantic connection, but gives you precious insight into it.

Each planet possesses its own energy and astrological nature. When two planets connect, they form a specific energy flow. This new energy would affect the relationship, if we were speaking about romantic synastry.

Aspects in astrology could be easy or heavy. Easy or flowing aspects are desirable and favorable. They are the trine and the sextile. These aspects allow the energy to flow freely and cooperate.

Favorable aspects are responsible for harmonious and pleasant atmosphere in a relationship.

However, it is never all milk and honey; otherwise, the relationship would actually not be dynamic enough.

Challenging aspects are the square and the opposition. They bring in conflicts, contrasts, arguments and tension. However, they should not be taken simply as negative aspects; they are challenging.

Challenging aspects force you to take some action, in order to overcome them. This could be stimulating, just as it could be disastrous.

The trine is the most pleasant of all aspects. It is easy, flowing, harmonious aspect that brings in tolerance, understanding, joy and happiness.

Trines allow free and full energy flow; they do not require much additional work. Trines are the most desirable of all aspects.

In synastry, they soften the effect of ‘bad’ aspects and inspire the best sensations, depending on the field they affect.

The area of life affected by trine would be the most pleasant part of your life as a couple. This aspect inspires the best part of each planet’s nature and makes them fit one another, recognizing their potentials.

We shall see how the trine would affect fierce Mars and elusive Neptune when in synastry.

Mars was the fiercest of all ancient deities, if we are to look into the ancient Greco Roman tradition.

Mars or Ares was the god of war, violent, bloodthirsty, aggressive, competitive and combatant god, who rejoices upon the sound of weapons and armor clashing. Mars was usually depicted as a strong, fit, muscular and a handsome man in his prime.

No one liked him very much; his fierce demeanor did not please even other gods. However, beautiful Venus succeeded in seducing him.

For this reason, Venus and Mars are very important planets if you analyze a synastry.

Mars represents masculine principle in astrology. Mars is your raw, direct and active strength. Mars is libido, impulse and passion; no reason works for Mars.

Mars is a malefic planet and its powerful energy could become very destructive, but also very productive, depending on aspects. Mars is action, instinct, the animalistic in a human being, the planet of carnality and lust, if we are about to talk of relationships.

This planet represents combatant spirit, the need to conquer and to win over.

Neptune is the planet of waters, distant, mysterious and elusive. Its energy could be very tricky, if you do not how to handle it.

Neptune rules the imagination, the inspiration, everything deep, non-tangible and mystical. Neptune travels through the realm of unconsciousness, of unexplored ideas, bizarre and unconventional, spiritual and inspirational.

This planet rules the sign of Pisces, which could tell you a lot about its nature. Pisces are known to be the most mysterious sign of the zodiac.

Neptune could inspire ingenious ideas, wonderful and fantastical things, but it could drive one away from the reality. In addition, this planet is associated with deception, with lies and trickery.

Neptune could be both healing and poisonous, depending on the aspect. Neptune is quiet, though powerful. Its effect often remains overlooked, because it crawls under the skin, subtly, but powerfully.

Mars trine Neptune is a beautiful and an inspiring combination, in which the Neptune partner freely expresses their most fantastical ideas and deepest emotions. Mars, with all of the practical and active energy the planet possesses, encourages Neptune to do so.

Neptune greatly inspires Mars, as well and helps him or her get in touch with their spiritual and emotional, more subtle self.

Mars’ energy and enthusiastic spirit favors Neptune’s creativity and imagination. Together, you could make it great! Your couple goals should be the same, of course, and. If that was so, nothing could stop you.

Neptune calls for a transformation Mars’ needs; emotional and spiritual journey that would make the Mars partner subtler, softer and more kind.

Physical attraction is undeniable. You know that Mars represents carnality and bodily connection before anything else. Mars trine Neptune makes it pleasant, enjoyable, in tune.

Mars knows precisely what Neptune wants and vice versa. Partners grow together, both emotionally and physically in tune with one another, in this fantastical combination.

Although Mars trine Neptune is definitely an amazing combination that would make your relationship special, enjoyable and very pleasant, there is a risk of confusion, due to lack of pure rationality involved. Mars is driven by instincts, impulsive and fierce.

Neptune is guided by emotions, fantasies, spirituality. The key to escape this portion of confusion is communication.

You have to be open in terms of expressing your desires, emotions and ideas. Seek for some of the rational aspects in this synastry.

Communication and openness would prevent you from being confused by so much enthusiasm and creative energy that could leave you perplexed and in wonder about what is going on; it is beautiful, driving and pleasant, but where does it lead you?

Once you turn on a bit of rationality and logic, you could take the best out of this wonderful mutually inspiring energy. Each partner gets something from the other one, without asking it, naturally and easy.

This leads to mutual growth, mutual transformation, in a way, a road to amazing things in your life as a couple.