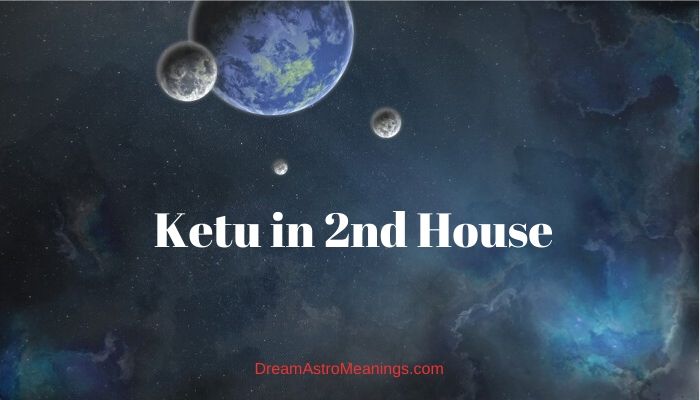 Jyotish could be translated as the ‘divine light’ and it is meant to open our eyes and your soul, leading to individual enlightenment.

It helps us to perceive our own existence and to find models by which we would reach harmony within the universe.

Vedic Jyotish offer measures that should help us on our path to light.

Rahu and Ketu are Lunar Nodes, the North and the South Node. Astronomically, these are points of the intersection of the Sun and the Moon orbs.

In Hindu mythology, these two were the head and the tail of the demoniac creature that has stolen the immortality from gods.

Vishnu, the Creator, has cut him into two parts. However, since this serpentine creature has already become immortal, he did not die.

His parts, Rahu, the head and Ketu, the tail, continued to live as two entities. They were sent to the opposite sides of the world and they swore to chase the Sun and the Moon, in order to devour them and thus take their revenge, furious because of their destiny.

The devouring process is as allegorical; Rahu and Ketu cause eclipses of the Sun and the Moon.

These two play an important role in Vedic astrology; their significance is greater than that of all the planets.

These are mostly patterns that we should get rid of and pass on to the next level, so to say. In addition, there are some good things, as well.

Ketu represents our ancestors and inheritance, including our talents, skills, some very positive traits.

Ketu is, to say, full of habits that are not always good. Well, we could say they were ‘outdated’, in a way. Many times, we act by the inertia, not wanting to change a single thing. Why?

Because we were used to something and we choose a comfortable way of dealing with things.

At least, these appear comfortable. However, we should overcome old habits and listen to advices of the North Node.

The second astrological house is related to property issues, finances, richness and poverty, gains and losses, earning money, everything we gain through the inheritance, by our own work, from other people et cetera.

The second house is also associated with money loses, debts, our ability to make money and to lose it. The Second House raises many questions related to finances. Whether the native will know how to get the money, how to keep it…?

It also has to do with personal systems of value, with personal principles, personal capabilities and the need for stability and security in life.

This astrological field tells about ones attitude towards other systems of value.

Ketu in the Second House – Ketu in 2nd House

Ketu in the Second House means that Rahu, the North Node, was in the Eighth House. Let us see into it.

This position of the South Node indicates inner struggle and conflict on an elementary level. The native has primarily to deal with the possessiveness coming from previous incarnations.

For as long the individual focuses on this karma, he or she will be unable to find any sense and purpose in things that cannot be possessed.

Such positioned Ketu indicates jealousy, envy, neediness, desire for other’s possessions. This native craves for things other’s property, desiring everything that meets the eye. In certain people, such karma awakens an irresistible and crazy strong desire to posses.

The native becomes so obsessed with the very idea of possessing that nothing could stop it.

This has to do with physical possession. All the strength of this native comes from their eros, carnality, libidinous nature. The sense of physical relation is frequently distorted and associated with obsession and fixation.

Eight House Ketu people present with a very strong animalistic drive, a strong instinct. Regardless of whether the native was introverted or extroverted, he or she often shows awkward responses to civilization trends.

In previous incarnations, this native did not understand the importance of other’s worthiness. This was a selfish native, neglecting other’s value, following their own path, without considering other people and their needs and opinions. Such a behavior had an adverse effect.

The native has generated needs that appear to be unreachable, regardless of whether the native was satisfied or not, at the moment.

The inability to understand the importance of others and the concept of needs adapted to the surroundings always leave this native as missing something and desiring more.

This person is like a donkey from the fable; he or she wears a carrot on their head, unable to east it, forgetting that they were who put it there in the first place.

People who are very close to this native would climb up to the Moon and bring it to the one, but they know, just as he or she knows it, that it would be pointless. It would be a temporary trinket for the native to have fun with, until he or she invents some other need, other desire.

This native leaves the impression of someone who wants the quantity of quality – the native feels that everything has to be in his or her possession.

Ketu in the Second House makes the native unable to change the sense and the need for abundance in all aspects of life, even if disaster was at hand and clearly visible and predictable. This person finds it really hard to resist the desire to have more of something.

The individual would carry with whatever he or she was up to, until reaching crossroads. At that moment, the native realizes what the mistakes were, but he or she is so far from the start that it is impossible to return!

Thus, the native continues down the road, even if it was a path of disaster; the only road remaining for the native to see.

This person is very prone to extremes; sometimes, the native goes to such extremes engaging with illegal business and having trouble with law.

However, even after the native realizes he or she was wrong, they would continue persuading others into their opinions and convictions as being the best ones. There is another side of this and it is lethargy.

Fortunately, people with differently positioned Lunar Nodes can help the native with self-discipline.

Ketu in the Second House – Crave for Transformation

Some people with Ketu in the Second House feel so helpless in their activity extremes, extreme lethargy, or possessiveness, that they get very close to thoughts about death or the perception of death.

However, it leads to a transformation; through this difficult experience of helpless numbness and misery, their eyes open again and their heart is ready for a new evaluation of life, new appreciation of life as it is.

Some of them try to fill the void through tempting carnal experiences. However, the karmic lesson is always the same.

The native is so fierce and so stubborn in their odd ways that he or she always destroys all the foundations they have built themselves. Through symbolic experience of death, the native experiences rebirth.

The heritage of previous incarnations is abundant in physical and material issues. The greatest progress in this life comes from the ability to find the strength for this rebirth. The native is capable of gathering the strength, although in different ways.

This native is commonly interested into the occult, the esoteric, mysterious, in which he or she tries to find the ‘formula’ for the rebirth, for this regenerative transformation.

However, it would always be chaotic, since the native has a tendency towards extremes. The combination of karmic stubbornness and lethargy prevents him or her from being reborn.

The soul craves for transformation, but the native struggles with finding the energy. There are several reasons for this energetic exhaustion, which would be something to work on.

The native finds it really hard minding their own business in privacy, not trying to impress the world, for he or she believes that they have to leave their mark on the world. It makes their feet heavy and their pace burdened.

The native sees the world through hierarchy, wanting to be on top, to be important in it.

The North Node in the Eight House should help with symbolic sacrifice of the previous incarnations’ system of value, leading to a total metamorphosis, which would, eventually, bring the native into a connection with the worth of other people.

The metamorphosis should finally make the native realize the value in others.

The native has to learn from the closest ones, once he or she, thanks to metamorphosis, starts listening. Let us turn to the physical aspect of the change. Many of sensual, carnal thoughts and obsessions come from an inner desire to destroy the physical plan.

This distorted perception indicates a path of self-disgust, just as that of disgust towards the generally animalistic and materialistic way of life from previous incarnations.

Through open or hidden desire and lust, just as through materialistic envy, the native reaches the point of no return.

Once he or she reaches the point of this extreme, the native finally starts noticing other’s worth, slowly defocusing from his or her own invented and unnecessary needs and fixations. However, this is an extremely difficult process.

The native is tempted to reject everything he or she held dear and important, as if someone forces him or her to do so.

Letting go of old habits, regardless of how devastating those were, is never an easy task.

Each time the native gets in touch with a new and more sophisticated value, he or she has to find a way to eliminate all the habitual reasons that make them wanting to reject the new set of values.

New life will start, from the bottom of the ladder. The ascension will be slow, but the native would learn to value each little step.

Overall, Ketu in the Second House, with Rahu in the Eight House, indicate a hard life, many contradictions, many inner struggles and extremes.

The greatest karmic lesson the native has to learn is related to possessions and the act of possessing, as well as to the very perception of this activity.

This person has to realize that the point of possessing is in using it, enjoying it or whatsoever, not in piling up more and more, to over-abundance.

There is a great risk of having many financial struggles. Once the native learns to appreciate his or her life energy and stops wasting on possessiveness and fixations, he or she could become very successful, in terms of profession and finances.

However, it is of vital importance to burn bridges that could draw you back into the abyss. The biblical story about the man called Lot would be a good example of this karmic lesson.

North Node in the Eight House, which comes with Ketu in the Second House, has a dual potential; it could regenerate or degenerate the native. It depends on the strength of one’s faith.

To reach the heaven, the native has to go through the abyss, without looking back, having faith in the needed transformation.

As John Milton has said, ‘long is the way and hard, that out of Hell leads up to light.’