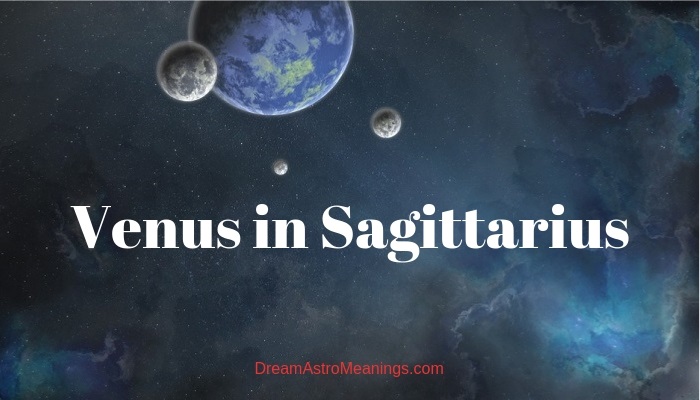 Planets have long been known to have an impact upon life at our home, our dear planet Earth. While numerous scientific disciplines try to explain what happens in cosmos and how it affect our planet, most of them do not tell about how these actions affect each individual’s life.

Although astrology is not an official discipline, but more of an alternative approach, a pseudo science, it deals precisely with that. There are many branches of astrology, but here we talk about natal astrology.

Astrology is an ancient discipline and, back in the day, it was glorified and appreciated, it was awed and admired, but also labeled as something evil, negative and forbidden. Astrology we know today (Western astrology), have ancient origins. It comes from ancient Persia; it was present in Greek and Roman age and widespread through Europe. In middle ages, it was considered similar to witchcraft and sorcery and it was forbidden.

However, we also know that some of the greatest leaders and rulers of the past relied on their astrologers to tell them about the future of their reign and their campaigns. In old times, astrology was a kind of a privilege for royalty; every court and a ruler had their own personal astrologer.

Astrologers were often people of versatile interests, wise and highly intellectual ones.

Notable researchers, inventors, scientists and scholars of the past were also interested in astrology. In fact, astrology was once the same with astronomy. Today, the situation is different, but astrology still lives on.

It is also good to remind ourselves that there are astrological approaches in other parts of the world. Some of the greatest astrological systems are Vedic and Chinese astrology, for example.

Astrology, meaning natal astrology, in this case, tries to interpret the influence of planets over an individual’s life. That said, astrology has not only to have something with astronomy, but also with psychology. According to this ancient ‘science of stars’, planets affect not only overall life on Earth, but also our destinies.

The position of planets on astrological map, the zodiac circle, determines your personality profile and gives you certain potentials. It all can be seen in your horoscope and an astrologer could carefully interpret such a chart into details.

Your horoscope is a complex map of the sky, a frozen image of planetary position at the time you came to this world.

Planets and other elements in a chart create all sorts of aspects and it takes great knowledge and a lot of practice to understand such complex diagrams.

Throughout its long history of use, astrology has been intertwined with many other disciplines, such as medicine, sociology, geography and others. They all contribute to accurate theoretical understanding of astrology, as well as to its practical work.

Planets are, of course, of major interest to all astrologers. They play an important role in an individual’s horoscope, if we talk about personal, natal astrology. There are five personal planets that move faster than others do.

They are called ‘personal’, because they are thought to shape up your personality profile. These planets are responsible for your personality traits, temperament and character. Venus is one of these five.

Venus is an important element of each one’s birth chart and personal horoscope. If you wonder why that is so, we will gladly answer. It is because Venus defines the personal, intimate idea of love, which is one of the essential values to all people.

Planet Venus is the second closest to the Sun and it is the brightest of stars, after the Sun itself, as seen from Earth. Many legends and myths have been told about this planet. It is associated with deities such as Ishtar and Aphrodite and in Western astrology, it carries the idea of these goddesses as archetypes. Venus represents love and the comprehension of love.

It is also associated with beauty, fertility, abundance and richness.  In natal astrology, Venus always wins the best supporting actress award, no matter who is the main star, except if it is Venus as well. It is because Venus’s position and role in a birth charts answers the most inspiring and intriguing questions, that of love.

In addition to answering questions related to love, Venus also reveals answers to matters of money, finances in general, material wealth and all kinds of pleasures. It is the planet of prosperity and harmony.

It is also the planet of art and beauty; it determines your understanding of the very idea of beauty. That is why people with dominating Venus are often very creative and artistic.

What happens when beautiful, feminine, warm and amorous Venus meets fiery, edgy and energetic Sagittarius? Venus in Sagittarius makes an extraordinary aspect and creates one exquisite attitude towards what is beautiful and what is love. It is because Sagittarius is ruled by Jupiter and, in this case, Venus has to cooperate with such a strong planet.

Venus in Sagittarius is not in its natural place, so it has to adapt. Sagittarius, with its ruling Jupiter, is characterized by traits and temperament different from essential ideas related to Venus.

It does not mean physical, and sensitive love is negated and denied, but something else. With Venus in Sagittarius, one has a tendency to bring love to a higher, more spiritual level.

People with Venus in Sagittarius are in search for beauty and love that are above physical and visible. They need deep mental and emotional connection with things and people. They are guided by categories of the ultimate goodness and ultimate freedom, which together create their ideal of higher, heavenly love.

People with Venus in Sagittarius are bright, energetic and very positive.

They maintain an optimistic attitude in terms of love. They are enthusiastic, playful and relaxed personalities who bring smiles on other peoples’ faces. They are loved by many, because their aura is genuinely light and positive. They are some of the most charismatic people and they easily win others’ hearts.

Venus Sagittarius would use their arrows with ease and good intentions and they would make you enchanted by their whole being. They bring joy into a relationship and never let it become dull and too ordinary. There is a distinctive desire for adventure that might reflect on their love life.

However, that does not necessarily mean they are uninterested in marriage and a long-term relationship.

Venus Sagittarius would not start a relationship that easily and quickly, because they have to make sure if it could be a sufficient driving force.

They expect love to be motivating, exciting, adventurous. They rarely have prejudices and they could see love games as a challenge that leads to opening of new exciting chapters and wide horizons.

They have no prejudices and they never judge people before they talk to them. People with Venus in Sagittarius believe making friendships and amazing way of widening your horizons.

People with Venus Sagittarius aspect often inspire others; their energy is positive and motivating.

They are curious and adventurous, ready to experience new things. They are honest and open when it comes to love. They really want to meet you and they rarely under-estimate others. They are creative and spontaneous.

They search for love that will inspire and motivate them and they are ready to open the same. They are a bit idealistic in expectations for their perfect one, but they are positive, light and eager to search for their ideals.

They praise freedom above all and that is where the most of their true love lies. They are in love with knowledge and spiritual development.

People with Venus in Sagittarius are at risk of engaging with things that would consume their energy. They have a lot of energy, but they could become obsessed with something that does not respond to what they invest.

We cannot say a Venus Sagittarius loses interest quickly, but the problem is they often have too many interests and want to practice them at the same time.

They want an ideal love relationship, in their terms, of course, and find themselves at lost if the object of their love acts differently. They are particularly sensitive to any form of pressure or restrictions, it is good to value your freedom, but you should be aware that some limitations that come with a relationship do not hurt your integrity.

Venus Sagittarius are fearless when they are up to something, but then they could get distracted by something else, because they are always in search for excitement and adventure.

Unfortunately, this could reflect on their love life as well as on their social relations.

They lose people out of recklessness and distractive mind, not because they want deliberately to hurt somebody.

Venus in Sagittarius in men signs is ruled by ethics and morals. This man is determined and focused and he could be theatrical in expression of his feelings. He searches for a woman with a sharp mind, someone that could challenge his adventurous spirit and his intellect.

Venus in Sagittarius in men shows up as an honest, ethical, adventurous nomad.

He does not like conventional things and he wants to be free, physically and mentally. Spiritual development is of a great importance to Venus Sagittarius man. He is dedicated to his personal development at all times.

At the same time, he is an open and friendly personality. He is a fiery intellectual, with a sense for adventure.

Venus Sagittarius man is often socially very active and it would not be strange if he were someone who inspires masses. He could be a successful actor, spiritual leader or any other sort of an inspirational, well-educated person.

Venus Sagittarius man does not avoid duty, but he would see to make himself the creator of all duties.

He is a bold, enthusiastic personality. In a woman, he seeks for his reflection. His partner has to be capable of following his pace and of motivating and inspiring him. He expects emotional and mental support from his lover.

Venus Sagittarius man falls for resourceful individuals who dare taking risk, in both love and all other areas of life.

She cares more for education, spiritual and mental development than for material wealth.

Education, opening new horizons and enrichment of knowledge are very important of her.

Venus Sagittarius woman is outgoing and courageous. She is self-confident and enthusiastic about taking risks, in all areas of life except love. Here, she wants to be sure her partner meets her high standards.

He has to be of similar interests and to share her goals; someone lacking more than one third of Venus Sagittarius enthusiasm for adventure would never catch her eye.

People with Venus in Sagittarius have peculiar ideas of what love is. For them, it is something more than a physical connection between two human beings. They see love as a higher force. They bring it to spiritual, almost divine level; that is how they see it.

Venus Sagittarius people are in search for that sort of ideal love and it is not easy to find one who sees it the same.

They are in love with adventure and knowledge. They see beauty in learning new things and discovering the world. People with Venus in Sagittarius are sociable, outgoing and relaxed in company. They are, however, always on the run and they often change companies.

They could get distracted by their numerous interests and ideas. However, they are capable of channeling their ideas through expressive forms.

Venus is the planet of art and beauty; Venus in Sagittarius puts them both on stage. Venus Sagittarius people enjoy motivating and inspiring others and they absorb the energy of their audience.