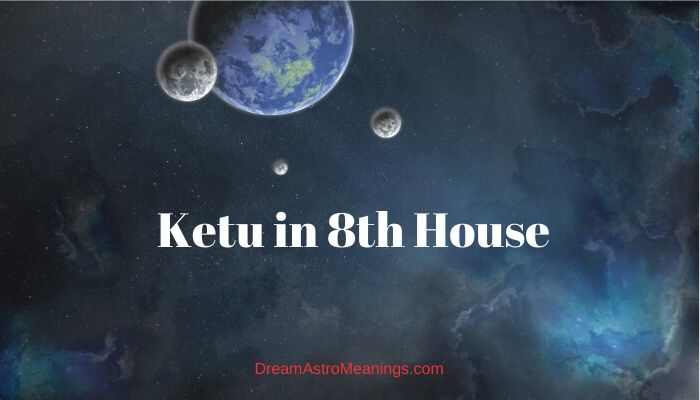 Besides astrological aspects, planets and zodiac signs, there are other elements to consider, when we analyze a natal chart.

Lunar Nodes are very important points in astrological charts and they are called Rahu and Ketu in Vedic Jyotish, Hindu astrology.

Vedic Jyotish is a spiritual practice originating from the ancient India. It is several thousand years old. Jyotish is based upon planetary energies that are believed to affect the life of each individual.

It is commonly associated with the term of karma. There are different opinions on karma.

Some think that everything in life was predestined and that we, as individuals cannot do much to affect it.

However, many modern interpretations believe we could affect our destiny through the use of our free will, which is, indeed, partially limited due to our karmic experience; mental and physical experience accumulated from previous incarnations.

Rahu, the North Node, is a powerful indicator of what we should become, while Ketu, the South Node, represents us who we are now, with all our burden from previous lives. Vedic sources tell us a myth about how Rahu and Ketu originally came to existence.

According to the legend, a demon serpent or a dragon has stolen the elixir of immortality from the gods.

The Creator has punished the serpent, cutting him in half. However, the demon, the serpent, has already become immortal, so he could not die.

Instead, his two halves continued to exist separately and they wore to take revenge in the cosmos that hurt them. The head became Rahu and the tail became Ketu.

Rahu and Ketu chase the Sun and the Moon, wanting to devour them, in their vengeful ire.

This devouring actually takes place in reality and we call it the eclipse, that of the Sun and the Moon.

In astronomical sense, Rahu and Ketu are no physical entities or objects; they are points in space, points of the intersection of the Sun and the Moon’s orbs.

The South Node, Ketu, also known as the Dragon’s tail, Cauda Draconis, represents the past and the values one should let go off.

Ketu represents everything from previous incarnations that we carry in the current one. In this regard, what Ketu indicates could be potentially destructive, but some aspects of it could be good.

For example, Ketu is associated with all our inherited skills and talents, which is a positive thing and some things we should maintain, further develop and nurture.

On the other hand, Ketu is associated with all kinds of patterns, habits and behaviors that are meant to be let go of. It is like a burden of the past; habits that have no use anymore, yet we still turn to them. Overcoming past incarnation patterns is a difficult thing to do.

Many time people choose to follow the path they already know, even if they were aware of the fact that it would lead them nowhere. It is a stagnation or even worse.

Most of the time, people are not aware of doing so. The South Node marks all such patterns. In the natal chart, Ketu represents all our flaws and weaknesses that we still nurture automatically. These manifest in our current incarnation.

Overall, it represents all the models from previous lives, be these good or bad, the South Node alone makes no big difference between them.

The crucial thing is not to allow these past experiences to become automatic in the current incarnation, because it would lead us nowhere; it would be bad for our identity. If you surrender to the effect of the South Node, it is very likely that you would start doubting your system of values, your identity and worth.

The effect of the South Node is something to be recognized and curbed, in a way. Many astrologer call Ketu the Achilles’ heel.

The Eighth House is one of the ‘darker’ zodiac houses. It is analogical with the mysterious sign of Scorpio and its rulers are planets Pluto and Mars, as a co-ruler. It is also considered the house of endings and the house of death.

It is about the support you receive from others, including moral, spiritual, physical and financial support. This house is about heritage, testaments, taxes, the question of the insurance and legacy.

It is also the house of surgeries and, along with the Sixth House, it can tell about the native’s illnesses and the types of them.

This mysterious house is also about degeneration, evil deeds, desertion, frauds, custody, slander and many more. The Eighth House is the second in the row of ‘evil’ houses, because it indicates bad omens.

However, it must be said that there are no ultimately ‘good’ or ultimately ‘bad’ houses in astrology. Their manifestation, that is, the manifestation of a particular area of life and its dynamic would depend on planets within, on aspects and other elements, such as the position of Lunar Nodes, for instance.

Each house and the planet carry negative values on one plan, and positive on the other. The Eighth House is, indeed, the house of weaknesses, vulnerability and pain.

Each planet inside the Eighth House will be very sensitive to its own meanings. Mental and physical pain, the greatest of personal transformations, problematic circumstances and hardship, everything complex and complicated is in domain of the Eighth House. However,   this is the primary house related to longevity.

Everything that has to do with big ideas and concepts, such as the question of death and life, philosophical interest into the subject, magic and occultism and philosophy, we view from the point of the Eighth House.

The Eighth House could be understood as the field of wars, battlefields, losses, destruction and everything that precedes new life, new birth, rebirth and regeneration.

The Eighth House is much like the Scorpio sign, gloomy and mystical, while in its essence, like the mythical Phoenix, ready to rise in its new glory, from the ashes, and then to burn out to ashes again. The Eighth House is the house of transformation and rebirth.

Ketu in the Eighth House – Ketu in 8th House

Previous incarnations pass on many secrets into the current one and the native does all to keep them. In this native, its lower consciousness is very active, so the individual cannot live without judgment.

The native longs for the light, but every step he or she makes towards it is followed by the sense of guilt.

Many experiences from previous lives were something happening behind the closed doors, in secret, away from the eyes of the public.

This native is used to create delusional atmosphere in circumstances it has never been present. In fact, this native plays with others’ boundaries and tests their limits.

No one could ever truly know this mysterious native. Inside, this individual is deeply insecure, out of fear that others could unlock their secret doors and enter their inner world.

Therefore, these natives often appear proud, hard shell people. They do have a lot of self-confidence, believing that things would eventually turn out fine, consciously acting on the edge of morality and slipping into the darkness.

Since this native has not established the sense of self-value, he or she desperately sees to evaluate the worth of others. By doing so, this native could hurt others without any real intention to do so.

Ketu in 8th House – Nothing to Lose

Eighth House Ketu natives often unintentionally drive other people away from their routine and habits, becoming a threat and danger for their well-being; usually, very close people are involved.

In previous incarnations, he or she has destroyed many systems of value, so the native finds hard to understand why others value things they do.

This person feels as if he or she has nothing to lose, so the native feels free to attack others. It is a subtle thing and commonly not malevolent in the intention.

Commonly, Ketu in the Eighth House indicates intimate abuse in previous incarnations. This native often perceives the sensuality as an advantage, using it to seduce others. In female horoscopes, it reflects the story of Delilah.

In male horoscopes, mental focus is on carnality, but not in a way it is in the case of women. In men, it is a part of Ego confirmation, self-confirmation and self-confidence.

It is a curious thing to notice that lust and desire are rarely a goal, but they are an agent, a medium. It is a currency, in the world of an Eighth House Ketu individual.

We could talk about the carnal capital, vale exchange. It is not a bodily trade, but the native wants to get values from others through this medium; values he or she lacks. People with Ketu in the Eighth House are jealous and envious of others.

Previous incarnations leave this native an impression of the avoidant society; they feel as not belonging and they feel as if the society avoids them. The native is often on the periphery, waiting for someone to save it.

He or she takes whatever is offered, only to escape the pain of loneliness. Jumping from the boiling oil into the fire does not matter.

Ketu in the Eighth House – New System of Values

The native seeks for comfort, whenever it could be found. It is very likely that during the childhood, this person was much afraid of death, with death being the logical punishment for all the misdeeds in previous incarnations.

This native still feels as if he or she has to fight for the things needed, because it is impossible for this native to think that some things were already deserved as they are.

When the native fails to find the light in the darkness, blaming others may ensue, secretly.

Although it is not that common case, some natives have to overcome their previous incarnations’ criminal tendencies or their inheritance of dealing with the occult and magical.

This requires favorably positioned Second House that would allow the North Node to lead the native out of the darkness and take it back on track.

Ketu in the Eighth House suggests the following; memories and the heritage from previous incarnations have to brought into the light within the Eighth House, the house of death, and be completely eliminated, before the soul of the native becomes ready to enter the new set of values.

This person has to learn how to build what is truly important. In order to do so, he or she has to realize that nothing that was dishonorably gained could last.

The native has to be aware that he or she cannot progress, grow and develop at the cost of other people. If he or she wants to cross the bridge, the native has to pay the guard with money from their own pocket. No tricks and delusions this time, seductive Eighth House Ketu!

The moment the native accepts this and starts doing so, the door s to the bright side will open.

Moreover, it would happen not because others do the favor, but because the native has deserved it.

One thing is also important to mention. The sign matching the South Node indicates ways in which the previous incarnations forced the native to become preoccupied with matters of other people.

The sign matching the North Node shows the way for the native to build up an essentially new set of values that would make his or her life rich and complete.