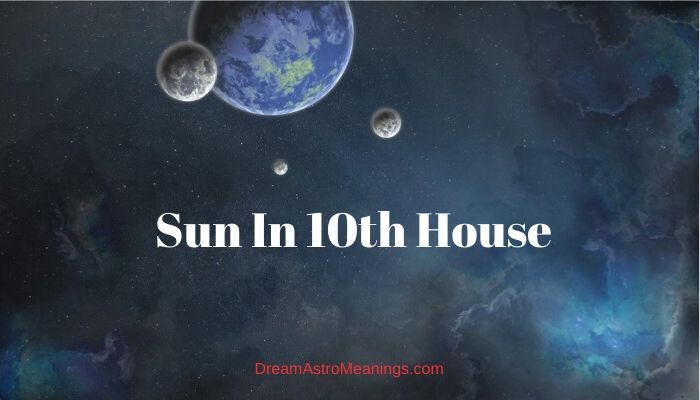 The Sun represents the core of each separate natal chart. It plays the dominant role in your horoscope and it lightens up the very essence of one’s personality, the same way as the physical Sun brightly shines above our heads, ruling the endless skies.

Symbol of the Sun is a circle with a dot in its centre. It represents the wholeness, the potential and individuality of a person. In each horoscope, heavenly bodies play complex and multiple roles.

The golden star, the Sun, takes up a prominent place in a natal chart, if not the most important one. It represents the essence of a personality, basic personality traits, character and temperament.

The Sun represents your true self, your core. It stands for potentials, ambitions, goals, one’s strength of character and strength of will, self-integrity, and self-confidence.

The Sun represents the (un)healthy thirst for power, our desire to be noticed, recognized, praised and respected, admired for our accomplishments and for who we are. The Sun is a masculine principle and it rules the sign of Leo.

It represents vitality, strength, life, warmth and light, amongst other things. The Sun stands for all figures of might and authority. It represents success, royalty, nobility and courage.

If we turn to ancient myths and beliefs, we would discover that the mighty Sun has always been adored and deified.

In Greek mythology, for example, the Sun was Helios, son of the titan Hyperion. He was much adored by Ancient Greeks. They believed that Helios would ride out in his golden chariot, each morning, to give his light and warmth to the inhabitants of earth. This is only one example of Sun worshiping.

The Sun has been considered a deity itself or a divine principle, ever since. Numerous Sun gods are to be found in traditions all over the world, throughout the history. One thing is sure; the Sun is the principle of life, growth and vitality.

Yes, its power could be destructive, which is also an aspect of the mighty Sun mentioned in various cultures across the globe and through time.

In astrology, the Sun also decides upon one’s ruling sign. The Sun sign is what most of people usually equate with the whole horoscope, although it is an incorrect approach. Your Sun sign is but an element of your natal chart. There are many more to consider.

The house in which the Sun takes part is the field of life in which the individual would have the greatest success and in which he or she would manifest the core of their personality.

Houses are sections in an astrological chart. Each of these sections represents a native’s experience in a specific area of his or hers life. Houses could reveal many things.

They tell about how the individual functions in a specific aspect of life, how he or she interacts with the people around, what attitude he or she has towards the life.

There are twelve astrological houses, analogical to twelve zodiac signs. Unlike the signs and their constant distribution over the chart, house sizes could vary.

Houses could be divided by different criteria. We could divide them into angular, succedent and cadent houses.

Angular houses are ruled by cardinal zodiac signs, which are Aries, Capricorn, Libra and Cancer. These houses are mostly about activities one takes up in the present time.

They represent action and cardinal qualities. Fixed zodiac signs of Scorpio, Leo, Taurus and Aquarius rule Succedent houses. They are about using the resources that are available in your life; they are about steadiness, their quality is fixed, like the signs.

The other way to divide houses relies on four elements, so we have Fire, Earth, Air and Water houses. Fire houses are related to life and identity.

These houses are primarily about the attitude one has towards the life as it is. Fire houses are about making dreams come true and about one’s sense of identity. This sense of self, of being and of self-identity shapes up one’s experience of life and the attitude towards it.

Next are Earth houses, which are associated with essential needs and with material possessions, with the experience of the material world.

Earth houses are about achieving, acquiring, building, establishing, defining the status and the purpose. These are houses of our physical world experience, focused on materiality of life and in life. Air houses are something different.

Keywords to these houses are concepts, the social and the intellectual being. They are about sharing and communicating, exchanging concepts and ideas.

The last, but definitely not the least important are Water houses. Water houses are about yearnings, emotions and the soul. They are related to the past, obsessive feelings and dealing with them.

People who have marked dynamics in these houses  are deeply emotional, their emotionality dominates their experience of life. Let us see where the Tenth House stands.

The Tenth House is primarily related to job, career and professional status. This house tells about how an individual approaches to their professional goals. We could say that this house is about one’s potentials and capacities, but also about the way one would use these.

In other words, opportunities and potentials that the Tenth House could present with do not matter much, if one does not invest effort and skills in using them.

The road to actual success is different for everyone. There are many examples of people who have achieved incredible things in the direst of circumstances.

Others have achieved nothing or have lost everything, despite the fact that they had a very good starting point. What is the matter with it?

The success often does not depend on a starting position, nor does it always depend on someone’s intelligence.

People who could be called successful are those who have made the right move at the right moment. They have used opportunities given. The Tenth House is greatly about opportunities for success, advantages and possibilities.

If you could recognize them, you should use that into your advantage. Indicators in the Tenth House and those related to the Tenth House sometimes even suggest how to act.

These indicators could help one recognize certain actions as key to success, even if those appear to be of no value and no significance as they are.

In addition, this house could prevent one from things that threat one’s professional path and career, if he or she would recognize such potential problems. It requires you to read your Tenth House and all related to it.

Astrologers would tell that the Tenth House is one of the most important astrological houses. Well, it is certainly a remarkable one and it does play a very prominent role.

This house is associated with high achievements in the area of career, with name and reputation, with awards, acknowledgments, with one’s career highlights, those a person would be known by. The Tenth House is an angular and an Earth house.

Sun in the Tenth House indicates the incredible potential to achieve amazing success in the area of career and professional life.

People who have Sun in the Tenth House are remarkably ambitious, dedicated to their job and work in general.

They are set to reach some seriously high grounds. The Sun represents self-consciousness and self-respect. When Sun meets the Tenth House, the person becomes aware of these qualities and of their importance.

He or she would do their best to nurture these, aspiring to high positions, great reputation and overall success. These people care much about their material and their social status. The sense of power they equate with the sense of respect. Only power is respectable, so to say.

These people are definitely born to lead and not to follow. They do not want anyone to block their road to success.

These individuals do not get along with authorities, as they hate being commanded to do thing. They do not want to obey anyone, though they would respect and admire someone they consider truly powerful, a role model to them.

In the most cases, they believe they know everything better and they would rarely listen to others instructions or even advices, except from very few individuals they find worthy, but that is a rare case.

They usually believe they are better of their superiors. It depends on a situation, but this could be true, as Tenth House Sun people are diligent, dedicated to their work; they see to develop, nurture and gain more skill.

They are restless and workaholic ones, which corresponds to the sign of Capricorn; Capricorn being analogical to the Tenth House. They would never leave a business unfinished.

Not only that they would leave things undone, but they would always to their best in order to do the job as perfectly as they could.

They invest great amount of time, patience, effort and mind into the work they do. They could be quite obsessed with their job, with career matters and with the very idea of success. It is their greatest motivation.

People with Sun in the Tenth House are experts in their field of interest, which is typically their career path and their greatest occupation in life.

Because of their expertise, their general sense of responsibility, organization and structure, they are highly praised and respected amongst their colleagues and within circles they enter.

They are very self-confident people and they keep their heads cool, on their path. These people are focused on their careers, leaving little time for other activities. They would often reject simple pleasures in their life, in the name of their profession.

Their career is, indeed, their true love and occupation. However, it, of course, has its downsides. As years go by, their career obsession definitely takes its toll, in terms of other areas of life.

Sun in the Tenth House – The Egotist

We could safely say that people with Sun in the Tenth House have very high self-esteem.

However, their egotistic point of view could be counterproductive. They are very reluctant to hear other’s opinion and suggestions. Criticism is something they actually cannot deal with; their Ego does not allow them.

It could delay their success or make them less productive, struggling with this Ego problematic.

Moreover, yes, they could be very stubborn, though it often appears as being consistent and devoted. True thing, they are most productive if they work alone.

They do not like anyone to mess up with their businesses and they know how to do business. They do amazingly well when in superior positions themselves.

Social status is something they would die for, from the exhaustion that comes from working very hard. They have to realize that the social status is not the only thing in this life, although it feels good to reach heights.

However, these people need someone in their life. They seek for their ideal partner, as most of people do. They actually need someone to share their success with.

Sun in the Tenth House synastry overlay indicates a connection through the professional area of life, through work or politics.

If we speak about a romantic relationship, these will be crucial themes. It has to do with supporting one’s professional development, with prestige and with statuses.

The Sun inspires the owner of the field to follow their career path, it gives him or her strength and will to endure the process.

However, this depends on a particular synastry. Exactly the opposite thing could happen as well; the Sun could make the owner of the field to neglect all of their professional interests, their career and job.

Sun in the Tenth House in synastry indicates realization of ideals or a retreat. The actual manifestation would depend on other elements in synastry.