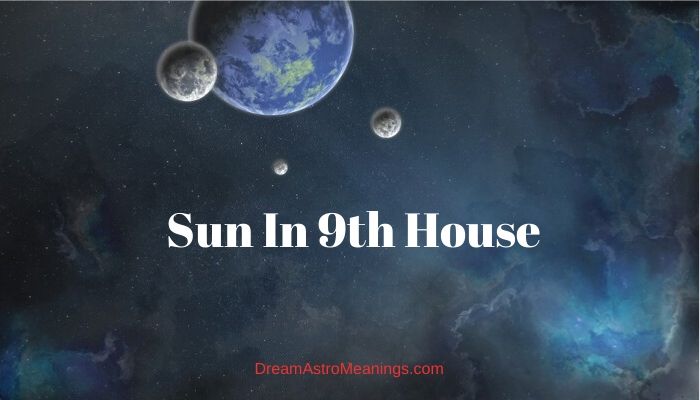 Symbolism of the Sun is manifold and complex, just as Sunlight is full of opposite particles. If it was not considered a deity, the Sun is used as a symbol of a deity.

In many cultures, the Sun is the supreme divine force. In some tribal systems, the Sun represents the eye of the supreme, omnipotent god.

The Sun is a ‘good’ eye, all seeing and beautiful, but it could also burn the land and bring death. In any case, the Sun is mighty, splendid and, above all else- vital to our existence.

Plato, for example, uses the Sun as a representation of all that is good, as reflected in things visible to human eye. The rising Sun is, in some traditions, associated with life and birth, but a setting Sun is associated with death and the underworlds.

In most traditions, the Sun is considered the ultimate life giving force, which is true. We cannot imagine life on earth without the Sun.

The Sun is the source of light, warmth and life. Its rays represent heavenly or spiritual effects that the earth receives. In iconography of the Sun, its rays are straight or wavy, which refers to symbolical representation of light and warmth.

It could be also understood as a representation of light and rain, which are yang and yin and both life-giving phenomena that come from the sky above our heads.

Sunrays make things visible; on minor and on a major plan. Not only it bring objects into light, so that we could see them, but the Sun also represents the widening of our point of view, as it measures space. We measure space according to the Sun.

Hindu texts believe the Sun to be the source of all life, of all that exists, the beginning and ending of all things. William Blake’s Architect, depicted as measuring the heaven and the earth by using a caliper, is also associated with the Sun.

We could go on like this for ages. Undoubtedly, the Sun represents a powerful and a very meaningful force in human lives. What does it represent in astrology?

The astrological Sun is one’s true, manifested self, everything others would also see about a person. It is a glorious planet, ruling the sign of Leo.

The Sun is a planet of masculine principle and the first of the personal planets. It represents figures of authority, honor, dignity, valiancy, bravery, nobility.

Depending on its position and aspects in a natal chart, these qualities could present in their most positive or in a corrupted state.

Houses are divided into three main categories and they could also be divided by four essential elements, the Fire. Earth, Air and Water. Houses could be angular, signifying activity and dealing with the present time.

They are the first, the fourth, the seventh and the tenth house, ruled by Aries, Cancer, Libra and Capricorn.

Succedent are the next group and they are about steady resources, as ruled by zodiac signs of fixed quality, Scorpio, Taurus, Leo and Aquarius. These were the second, the fifth, the eight and the eleventh house.

The third and the last are cadent houses, which are associated with what precedes the activity. Mutable signs of Gemini, Sagittarius, Virgo and Pisces rule them. They are the third, the sixth, the ninth and the twelfth house. Groups of houses by elements are different.

Fire houses are the first, the fifth and the Ninth and they are about the identity and attitude towards life.

Earth houses are the second, the sixth and the tenth house. They are about material aspect of life and our needs. Air houses are the third, the seventh and the eleventh, related to the social and the intellectual.

Water houses are the fourth, the eighth and the twelfth house and they are about the soul and our emotions.

However, houses with no planets inside do not remain dormant; it cannot be that literally nothing ever happens.

If that were the case, the position of the house’s ruler would define the manifestation in that particular field of life.

Astrological houses are but an element of an in depth astrological reading. Isolated elements of a natal chart never give you a full picture, but make a piece of the puzzle that makes your life special and unique.

The Ninth astrological house falls under the category of cadent houses and it is one of the Fire houses, as well. Fire houses are houses of activity, of dealing with the present moment.

The experience of living the life is what these houses are about. Therefore, these are houses of your identity and attitude towards the whole life, the very concept of it. In this regard, the Ninth house is bent towards the spiritual experience, philosophical perspective.

Our vision and experience of the World are related to this house, which also has to do with traveling to other countries, with experiencing the other.

As a cadent house, it is the opposite of the third house (representing short trips, learning, communication, relationships with siblings).

A negative side of the Ninth House is that it is commonly associated with problems in romantic relationships. In the following passages, we shall see how the Sun interacts with this astrological field.

Sun in 9th House – The Experience of Tolerance

Sun in the Ninth House indicates a person who continuously works on self-development. The process of self-perfecting and widening their perspectives is an everlasting flow.

These people are incredibly open to the world’s diversity, especially in terms of cultural diversity.

They are capable of seeing, recognizing, admiring and respecting people’s differences. They are tolerant, eager to experience the world and all its corners.

The Ninth House, as the house of long distance travel, corresponds well with the active, noble Sun. These people enjoy traveling across the globe and meeting new people, discovering new cultures.

They recognize patterns, similarities and differences between people alone and in relation to themselves. They feel a strong need to exchange experiences, to share their own with the world.

Their level of tolerance is amazing; many could never get it. People with Sun in the Ninth House are capable of tolerating even things they could never comprehend, because they are ready to accept others as they are.

They do want to learn about everyone and everything, to go deep into it, but when they are faced with things they cannot understand, they are more likely to accept it as it is, then to reject and discard it.

Ninth House Sun people are amazingly open minded, which allows them to recognize and enjoy many beautiful things in life others would miss out or take for granted. They have a special sense to notice small wonders in life, ever searching, ever learning.

These people are, perhaps, ones the most open to the idea of the beauty of global diversity. To Ninth House Sun people, this world is an incredible source of experiences.

Sun in the Ninth House – Peacemakers

Their impressive tolerance and openness have another lovely side. These people believe in goodness and they strive for harmony in the world.

They would like people to overcome their prejudices and see things as they are and enjoying earthly pleasures, without second thoughts. They are impressively optimistic people, with a big, overpowering bright and positive aura.

They learn about different cultures and people, in order to make that harmony come true. Their knowledge is valuable only if they are capable to use it constrictively, so they see to do so.

Ninth House Sun people’s enthusiasm about these things is so strong that others would gladly follow them. Their optimism is almost contagious. These visionary individuals easily inspire others.

Their capability to find a way to everyone’s heart is amazing and it comes naturally. Other people would often see them as inspirational role models.

They commonly do not mind, in terms of glorification and leadership, they are glad to have awakened the sense of humanity and tolerance in others. They wish peace, love and harmony to everyone.

Ninth House Sun people are incorrigible idealists. Their optimism and the ability always to see the good in others has its good and bad sides.

Of course, it is so splendid and positive and, in some terms, brave to believe people are essentially good.

However, they often miss the other side or pretend not to see it, because it does not fit their idealistic pattern. They sometimes refuse to see a negative side to things.

It is a great thing that they are always willing to see the others side. For example, if they meet a person who is very difficult to deal with, they are capable of getting over the latter’s mistakes or inappropriate, unpleasant behaviors and see their good sides.

Many would not even try. It is amazing to have ideals and to be so hopeful and optimistic, until it messes up with your realistic eye.

The only thing that could slow them down is the fact that they actually refuse many things. We have said that Ninth House Sun people are very open and tolerant. Well, yes, but no. It is a self-defense mechanism.

As they, indeed, know much about the world and the way it functions, they are easy to reject others who disagree with their views and convictions. Their ideals could trap them.

Sun in the Ninth House – Synastry

When the Sun is in another’s Ninth House, it simulates the interest into high education, philosophical matters, religion and spirituality in general.

The Sun is the dominant agent and it creates, establishes and imposes its own philosophy, religious idea or a conviction upon certain matters.

It could be inspiring and driving, but the Sun is also the authoritative principle, which could greatly bother the owner of the field.

The owner of the field commonly asks for affirmation or approval of their own convictions and beliefs, from the Sun partner. In many cases, this is a relationship marked by shared ideals.

The Sun affects the Ninth House owner and transforms their beliefs, opening up new horizons, new opportunities to learn and to grow. The Sun could be amazingly motivating to the other one, expanding his or hers perspectives and awakening the adventurous spirit in them.