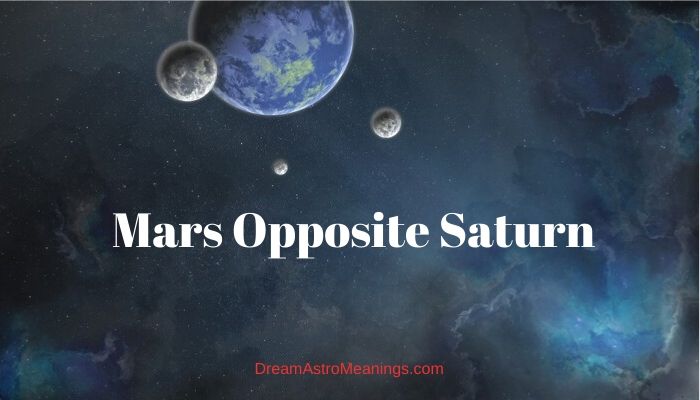 People have been fascinated by the planets and their influence on our lives since ancient times.

They knew the importance of the Sun as the source of all life on earth and of the impact of the Moon on humans and the world in general; they also observed the visible planets and noted their influence in a study of the stars they named astrology.

Astrology is an ancient study, several millennia old. The oldest records of astrology analysis date to the times of ancient Babylon.

Astrology was used for ages to predict future events and discover the traits of individuals. Its accuracy is sometimes incredible, but unfortunately it still hasn’t gotten the status of a science.

Most people know something about astrology, usually their horoscope sign and something about it and other signs. It is a fun conversation topic for many people but astrology is much more than that and its value is underestimated.

Astrology can give us valuable information about personalities, people’s interests, beliefs, desires, preferences in life, their attitude and public persona, as well as the events they are most likely to experience during their lifetime.

Astrology can determine future events and whether a relationship between two people is likely to last or not.

The starting point in astrology analysis is making the natal chart, which represents the image of the sky in a certain moment, usually the time of someone’s birth. Astrologer analyses the planetary positions in this chart, the signs of the zodiac where they are placed, the aspects they make and the positions in the houses of the chart.

Planets in various signs of the zodiac, especially personal planets like Sun, Moon, Venus, Mercury and Mars give a lot of insight about the personality. They also reveal the attitude of the person and possible preferences and interests.

The houses where the planets are reveal the areas where the person will most likely tend to focus their attention and activities.

The aspects also reveal personal traits and interests and they can reveal possible events that the person could experience in their life.

The aspects are certain angles formed between planets which have specific meanings. They are divided in minor and major aspects.

Beneficial aspects bring good fortune in the person’s life and create a lot of opportunities for progress and achievement of goals. They allow the free flow of planetary energy and help the planets to manifest the best of their nature.

Challenging aspects have a tendency to create conflicts and disagreements.

The person with a lot of challenging aspects needs to put in a lot of effort to accomplish what they desire. These aspects have a tendency to block planetary energy and inspire the worst in the planetary nature.

Astrology is also a valuable tool to determine relationship compatibility. If we want to find out whether someone we like is a suitable match for us, astrology can give us that answer and many more answers regarding relationships.

It can reveal to us whether a relationship has a chance of being lasting or not or whether it will be filled with conflicts and arguments or be a harmonious and satisfying experience.

For analyzing relationship potential, astrology uses a technique called synastry. Synastry is based on the premise that people who interact with one another bring their planets in the interaction.

When doing synastry analysis, the astrologer first analyzes the individual charts of two people because he first needs to determine their characters and preferences.

After analyzing the individual charts, the astrologer compares their charts to determine the houses where the partner’s planets fall into the other chart and calculates the aspects between their planets.

The houses in the partner’s chart where the other partner’s planets fall reveal the areas where the relationship is likely to make a great impact.

When astrology analysis reveals predominately challenging aspects between two people, this is usually a sign of lack of compatibility between them. They probably lack common interests and tolerance to each other’s differences. They often don’t value the relationship and let issues pile up.

These relationships are often filled with conflicts and disagreements. They aren’t willing to make compromises and this usually causes the relationship to end.

Relationships where there are a lot of challenging aspects require patience and effort, and the partners are usually not willing to put any.

In many cases, these relationships are not lasting unions, but short-term experiences. When they do last longer, they exhaust the partners.

Relationships with predominately harmonious aspects tend to have a lasting power. They usually indicate compatible characters, mutual understanding and tolerance.

These two are willing to fight for the relationship and they don’t allow the issues grow but resolve them as they appear. They know the value of their relationship and appreciate one another.

They also tolerate and accept the other person’s differences, which is essential for maintaining the relationship’s stability.

When synastry analysis finds that there are no significant aspects between the planets of two people this usually indicates lack of interest between them.

Mars is a small planet, and only Mercury is smaller. Regardless of its tiny size, Mars has a fearsome reputation. This planet is sometimes called “red planet” because of the red iron dioxide which covers its surface.

Mars has similarities with earth and this is the reason why scientists believe that life will one day be possible on this planet.

According to some theories, life was present on this planet in the distant past.

Mars’s influence depends on the aspects its making and position in the natal chart.

Such Mars has a negative effect on the person and their lives.

Mars rules Scorpio and Aries where it feels best. In these signs, and in Capricorn, where Mars is exalted, this planet will show its best traits and potential.

People under a strong influence of Mars have dominant and energetic nature. They are confident and determined to succeed no matter what.

Their nature makes them prone to control others (even when Mars is not afflicted in their natal chart).

These people possess a nature of a leader and often try to impose their will onto others.

Although they consider themselves to have the right to tell others what to do, they don’t allow others telling them what to do. These people often have a magnetic impact on other people who seem drawn to them for their powerful nature and strength.

When Mars makes challenging aspects in their charts these people can be prone to aggressive behavior and be manipulative.

These people are very temperamental and often appear very loud when they express their opinions. They are often intolerant, provocative, and competitive.

While Mars is the second smallest, Saturn is the second largest planet. Only Jupiter is bigger than Saturn. The composition of this planet is hydrogen and helium. Saturn is known for the ring system composed of ice particles and ice rocks. Saturn doesn’t have solid ground.

In ancient Roman mythology, Saturn was the god of agriculture. In astrology, the planet Saturn rules agriculture and all matters related to soil and earth.

Saturn circles the Sun in a time span of 29.5 years. When it returns to its natal position it triggers the process of evaluation of achievements. During this time people evaluate the things they have achieved so far in their life assessing whether they are satisfied with what they have achieved or not.

Saturn in the natal chart, especially the house where it is placed, reveals the areas where issues of Saturn nature are possible, like delays, heightened responsibility, seriousness, reliability, responsibility, etc.

When Saturn is triggered by transits and progressions this usually creates events of Saturn nature which usually teach the person some major life lessons.

Mars and Saturn are planets with great power and strength. Any aspect between these two planets in synastry is a difficult one and requires patience and self-control on both sides.

Both partners have a will to dominate the other and this is very hard to control. Despite these difficulties aspects between Mars and Saturn are very common in synastry, especially in long-term relationships.

When the aspect connecting these two planets is the opposition, this relationship will require a lot of compromise and adaptations on both sides.

Both Mars and Saturn can be very competitive and prone to believing that they know everything best.

When they are connected with the opposition aspects this might make both partners try to impose their will and opinion onto the other side, which is likely to create a lot of tension and conflicts between them.

These two will also have a problem with the fact that they both need to be the dominant side in the partnership and there will be a constant fight for dominance between them.

It is hard to tell which one is the stronger side, but in most cases, that will be the Saturn partner, although it might not seem that way at first.

These two admire each other but would never admit it. There is a burning desire inside them to prove that they are better than the other usually motivated by the inner desire to satisfy their ego.

In most cases, this aspect (and generally aspects between Mars and Saturn in synastry), reveal strong physical attraction between the partners. They seem drawn magnetically towards one another.

But, as with other matters, there is a strong desire on both sides to conquer the other and exercise dominance over the other. Mars openly expresses his desires, while Saturn might not be as open with his.

In some cases, when the physical contact between them is achieved, Saturn might lose interest for the Mars partner, completely surprising them.

With this contact, it could often happen that both sides criticize what they consider “bad” traits of the other.

Mars might criticize Saturn for being too slow and old-fashioned, and he might make fun of his obvious insecurities in some areas, while Saturn might make fun of Mars’s lack of organizing skills and often thoughtless behavior which puts them in unwanted situations; in general, there is a lack of tolerance and reluctance to accept each other’s differences and lack of will to overcome the issues they have. Instead of confronting their issues, these two tend to pile them until they become intolerable and impossible to resolve.

Even though a relationship with this aspect might be a lasting union, it won’t be a sweet one, and will leave a bitter taste when it ends, which might be decades after it started.

It takes a lot of willpower and many harmonious aspects between their charts to neutralize the effects of this powerful aspect.

The Mars opposite Saturn aspect in synastry is a difficult one to handle for both partners.

This aspect triggers the worst in these planets nature. It encourages the partners to express their worst traits and blocks efforts to overcome their issues.

Both partners need a lot of self-control to suppress their urge for dominance and control.

This relationship might turn into a fight for supremacy between the partners with constant fights and a strong competitiveness between them. They will both try to prove they are better than the other.

It is a hard contact to maintain, and it requires a lot of supporting aspects to neutralize.