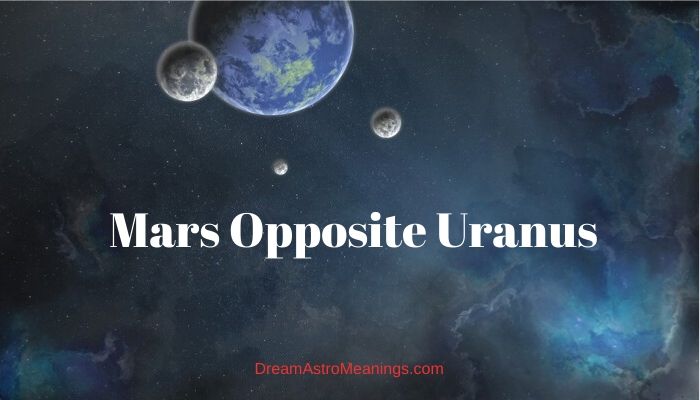 The stars and planets have always fascinated people. They were drawn to their power realizing how strongly they influence our lives. People generated the knowledge about planetary influence in a study they named astrology.

Astrology’s origins are way back in the past and its accuracy has been tested many times.

Many people know about astrology, but they don’t know the true extent of its power. Most of their knowledge consists of some information about their Zodiac sign.

Astrology is much more than fun facts. It can determine someone’s personal traits, desires, and preferences; it can foretell future events and determine the possible outcomes of situations and relationships between people.

The astrologer makes the chart of the sky for a certain moment of time; in most cases, someone’s birth. Then, the astrologer analyses the planets in signs and houses, and they also calculate the aspects between the planets.

The signs where the planets are placed give insight about the person’s character, behavior and preferences.

Especially important are the personal planets in the signs of the Zodiac (Sun, Moon, Venus, Mars, and Mercury). They reveal character traits, personal appearance, attitude, behavior in public, etc.

Planets’ positions in the houses of the natal chart reveal the areas where the person’s focus of attention is likely to be. They also reveal where the most activities will likely take place and the events the person could experience.

The aspects reveal personal traits as well as the possible choices the person might make or events they could experience.

The aspects can have negative and positive nature and influence, but their influence mostly depends on the planets creating the aspect. Challenging aspects usually block the energy of the planets, create blocks and obstacles when the person is trying to manifest their goals.

They are also known to create conflicts and aggression, and in some cases, they are responsible for violence in the relationship. These aspects can sometimes prevent the person from achieving what they want.

Harmonious aspects have a different influence. They create opportunities and help the planets freely express their energy. These aspects promote success of all endeavors.

Oppositions are major aspects with predominately negative nature. These aspects are formed when the planets are at a distance of 180 degrees. Oppositions prevent the cooperation between the planets which makes accomplishments difficult.

The energies of the planets involved in the aspects are pulling each to their side and prevent the person from using their benefits simultaneously.

Astrology can be used to analyze relationships and determine their potential for longevity and stability. The technique in astrology which deals with relationship analysis is called synastry.

The main premise of synastry is the idea that people involve their planets in their interactions.

Astrologers who do synastry analysis analyze the individual charts of the two people to determine their personalities and their likes and dislikes.

After that, they compare their charts, to determine the aspects between their planets, and the houses where the planets from the other chart fall in.

This is important, because these houses reveal the areas where the relationship and the partner will influence the partner owner of that natal chart.

The aspects their planets are forming can say a lot about the longevity and stability of the relationship. If they are predominately harmonious, this is a good sign, indicating that their characters are compatible, and they have a genuine interest for each other.

These two often have similar beliefs and desires and their union seem like a natural thing. The relationship simply flows, without any effort on their side.

They also try to prevent any issues from arising and are highly tolerant to each other’s differences. These relationships are usually lasting unions which bring a lot of joy and satisfaction to the partners.

When the aspects between two natal charts have mostly challenging nature this usually shows lack of interest and compatibility between the partners.

This is also a sign of lack of tolerance and will to maintain the stability and longevity of the relationship.

This is also a sign of lack of understanding between the partners who might be prone to criticizing the other partner’s flaws instead of trying to accept them and be more tolerant for the sake of the relationship.

These are often relationships filled with conflicts and disagreements and often don’t last long.

Sometimes, the analysis doesn’t show any significant aspects between two charts, which often indicates lack of interest to form a relationship on both sides.

Mars is a planet with a scary reputation. Mars was the god of war and conflicts for the ancient Romans. In astrology Mars also rules these areas. It is a small planet with powerful energy and influence.

It is similar to earth and many scientists believe that someday life will be present there.

Mars’s influence in astrology depends on the position in the natal chart and the aspects it makes. Challenging aspects give the worst traits of Mars, such as aggression, violence, brutality, destructive behavior, etc.

These are all traits that can be present when Mars is making challenging aspects, but they are colored with the negative Mars traits.

Mars people have dominant nature and often possess a need to control others and tell them what they should do. When Mars has challenging aspects, they might be prone to manipulation.

They are leader types and are often in managerial positions. They don’t want to be influenced by anything or anyone. They can be very competitive.

When they focus at something they don’t give up until they achieve it. These people possess strong energy and powerful influence on others.

People often admire them and want to follow their example (this happens both when their Mars has harmonious or challenging aspects).

They have a magnetic influence on others. They might be prone to provoking others and intolerant.

Uranus is the coldest planet whose temperatures lower up to -224 degrees Celsius. The outside of this planet is composed of layers of clouds and the inside is rocks and ice. Uranus has a ring system, like Saturn and it has 27 moons.

Uranus was the sky god for the ancient Greeks. He was the father of Cronus and grandfather of the god Zeus.

They cause transformations of beliefs, ideas, and often change the course of the person’s life.

If Uranus is making harmonious aspects with the other planets in the chart, especially with personal planets, this planet can cause transformative events that will change the person’s life for the better. If Uranus is afflicted, it can bring disasters and changes that will be devastating for the person.

Such Uranus can cause accidents, catastrophes, money loss and bankruptcy, destruction and similar events. Uranus in challenging aspects can cause relationship endings.

Uranus is also the ruler of revolutions, reformations, and transformations in Society.

Those who are under Uranus’s influence usually have eccentric nature and unpredictable behavior. These people are very independent and love their freedom more than anything.

They don’t allow others influence them and often oppose authorities. These people are unique and love being different than others. They are rule breakers and don’t fit well into society. They can be considered weird. They might enjoy shocking others with their behavior.

It is best for them to be their own boss because they usually have issues with respecting authorities.

These people are usually creative and might choose some creative job. They also don’t like routine and need a dynamic job. Because they love taking risks they also love extreme activities and sports.

Uranus ruled events usually happen when Uranus is triggered by some transits and progressions. These events have a purging effect on people’s lives.

It often clears the path for something or someone new to come. In some cases, these events cause chaos in the person’s life.

There is usually a lot of physical tension between the partners, especially with challenging aspects.

When the aspect between Mars and Uranus in synastry is the opposition, this usually creates a relationship with a lot of emotional tension and conflicts. These two have strong personalities.

Mars might want to impose his domination over Uranus, which is something this person cannot accept. Uranus values his freedom more than anything, and won’t allow anyone try to suppress it.

Mars might find this irritating, but he will soon realize that Uranus is not someone they could easily manipulate and make obey their will.

This aspect requires other supporting aspects to neutralize its negative effects. If they are not tolerant to each other’s differences this aspect might lead these people into constant criticism and arguments. They might even experience violent fights while trying to prove who of them is right.

One or both might get hurt during these aggressive episodes and outbursts of anger.

This is a very difficult aspect to have in synastry, especially when the planets are making challenging aspects in the natal charts.

It is likely that this relationship won’t be a lasting one unless there are some other aspects between their planets that might make the partners more tolerant and prone to making compromises.

When someone’s Mars makes an opposition to another person’s Uranus, this creates a lot of tension in their relationship.

This doesn’t negate physical attraction; in fact, there is a lot of it between these two partners.

The main problem is lack of tolerance and understanding between the partners which is likely to lead to conflicts and arguments between them, and eventually to breaking up of this relationship.