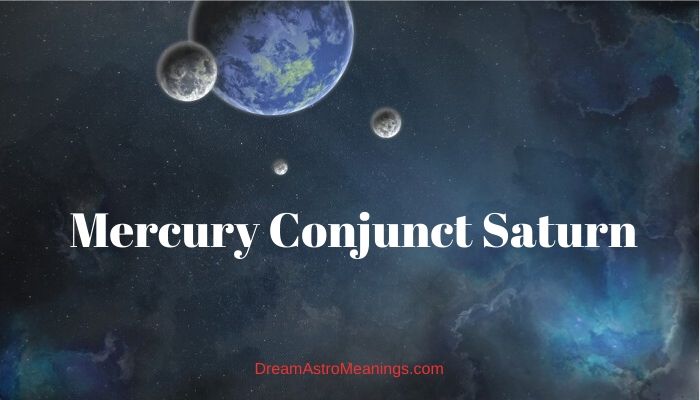 Where does astrology come from? How old it is? The truth is that nobody could tell for certain. It seems that astrology must be at least as old as human civilization was old.

However, it is very likely that some kind of, so to say, proto-astrology existed long before organized and developed civilizations, such as those of the ancient era.

We all know how celestial phenomena affect the life on earth. Astrology is based on a connection between our world and that of the heavens above. As above, so below, as the old hermetic tradition says.

When the Sun darkens, animals would act nervously, birds would stop singing. Apes would come down from the trees and gather into groups.

In ages before civilization, the nightly sky was a wondrous source of magnificent and miraculous manifestation primitive man could not well explain. Regardless of how far into past we seize, we would always find out a human observing the ineffable vastness of the skies above.

There is prehistoric evidence that suggest humans would mark phenomena such as Moon phases on mammoth bones, carefully registering each change. It suggests that humans have a very good idea about the influence of the moon phases over our lives, some twenty thousand years ago!

Ancient Babylonians are known to be a civilization that understood the starry map of the sky very well. Priests would observe the skies and inform their kings about the celestial fortunes.

Ancient Mesopotamian cultures are commonly believed to be the cradle of astrology. However, astrological systems exist in many other civilizations.

Modern, Western astrology had some rather notable figures amongst its ranks. Johannes Kepler and Isaac Newton are definitely names we would gladly mention. Astrology was pretty common until the beginnings of the twentieth century, when it was deserted, faced with the new millennium scientific tendencies.

However, the interest into astrology was revived, especially after the world wars. In modern day, it seems that astrology, as well as other alternative sciences and paths, especially those of the Far Eastern origin has becoming closer to science.

One particular area of astrology is of our interest here. It is called synastry.

Synastry is a comparison of two natal charts, meant to reveal the nature of such a relationship. When we compare two horoscopes, we could determine the level of compatibility between them.

In addition, synastry could show the ‘type’ of adaptation each of them should adopt so that the relationship could best function.

This comparison of charts gives an insight into all the harmonious and disharmonious potentials of one relationship.

It also helps you find the best way to make the overall connection harmonious. The comparison study is known as synastry.

The term of ‘synastry’ originates from two Greek words, syn, which refers to mutual connection and astron, meaning ‘a star’. We could roughly translate the term as the ‘astral compatibility’ or ‘compatibility of the stars’ (of two natal charts).

Astrologers claim we all have a potential for creating a stable, pleasant, harmonious and precious connection with another human being, that is, a romantic connection, a partnership of love and devotion.

However, before we could do that we have to find a harmony within ourselves. That is where natal astrology steps in.

Natal astrology is a step before synastry. Astrologer would first analyze both natal charts separately, in order to find out more about the individuals involved, in an objective, professional way, unshaken by subjective feelings and passionate thoughts.

After analyzing each chart, the astrologer could compare them and read the synastry.

Synastry is reading the aspects that two charts in question create amongst themselves.

Aspects are contacts between planets in a natal chart or between more charts. Five major aspects are angles of 0, 30, 60, 90 and 180 degrees.

Each aspect presents with specific vibe and nature. There are flowing and challenging aspects.

Each relationship would present with a powerful and unique mixture of the aspects above and other, minor ones. This combination of aspects defines the outward circumference of a relationship; we cannot say that aspects definitely set the relationship for equilibrium of soul mates or they make it doomed to fall.

Synastry reveals the areas of your mutual life that are functional and those that are not.

Therefore, you could try accept bad ones and improve them. Good points could only grow even stronger.

Conjunctions are peculiar type of astrological aspects thanks for their ambiguous nature.

These are considered the most powerful and the strongest aspects in astrological readings and for a good reason. The conjunction represents a 0-degree distance between planets. Either the planets match positions or they are very close.

A deviation up to 10 degree is allowed, according to most readings. The nature of such a contact would depend on the energies of the planets involved.

If they were in different signs or if they were not of the same ‘type’ (malefic or benefic), the output could be problematic.

How one conjunction would manifest depends on the overall synastry report; other aspects and individual charts would play the essential role.

In any case, the aspect is extremely strong, because it intensifies both energies. Planetary energies do not fight in synastry, but work together.

One might easily assume why the conjunction is also the strongest aspect in synastry. It is associated with some rather strong connection that must exist between partners.

However, the nature of the planets would define its own nature, since each the energy of each planet will be intensified when conjunct.

Let us find out about Mercury conjunct Saturn in synastry.

Mercury in Mythology and astrology – Planets in Synastry

Mercury is one of the personal planets, the closest one to the Sun. Mercury represents reason and logic, information and communication.

In ancient mythologies, Mercury or Hermes was the god of merchants, trade, commerce, communication, youth and trickery. He was considered the most resourceful, clever, cunning and skillful of all deities.

You are certainly familiar with traditional depictions of Mercury as a lovely young man with his winged sandals and a helmet.

It somewhat reflects in astrological meanings of the planet Mercury. It is associated with youthful spirit, with being well informed, with being communicative, especially in terms of verbal expression, with cleverness and practical mind.

Since this is the planet of communication, logic and pragmatic mind, one might easily assume how important role Mercury would play in synastry.

The aspects it creates would greatly contribute to overall understanding in the relationship, the intellectual connection between partners, the way they express their own thoughts and feelings to one another.

Mercury is an important agent of mutual understanding and conjoined activity towards finding the best and the most practical solutions to problems that would inevitably arise; these could be really petty and common things.

With good aspects, partners would have no problem in communication and finding such solutions.

It is also associated with all the negativities that fall upon us; hence, its name ‘the planet of suffering’, as this cold grey one is known. Saturn indeed is a tricky fellow, though purposeful.

This planet teaches life lessons and is one of the social planets. In contrast to the other one, Jupiter, the planet of expansion and growth, Saturn represents everything the opposite. Its cold and bitter nature may sadden you, may hurt you and bring great desperation, misery, even illness and poverty.

However, without Saturn, we would know no responsibility, no importance of tradition, history, and preservation.

Saturn strives for some stability and security; hence the need to establish strict frames and to restrict expansion and changes. In a relationship, Saturn could play both parts of a destroyer and that of one who strengthen the bonds.

The aspects would decide on that, as well as the involvement of aspects that other planets create.

Witty, clever and youthful Mercury conjunct the sage, serious and strict Saturn is a curious connection that could turn out fine, if carefully managed.

This aspect is characterized by an accent on the validity of the information exchanged between partners.

Mercury is a logical planet, not dreamy or deeply imaginative such as, for instance, the Moon or Neptune. However, its nature is lively and too childish for the sage Saturn. This could be a connection of a teacher and a pupil.

Mercury could often find himself or herself intimidated by Saturn’s overly mature and serious approach to everything.

The problem is that this kind of connection might very soon start lacking any spontaneity and everything turns to be too serious and too practical.

Mercury, we know, is a planet of a practical, logical and clever mind, but not limiting and restrictive and afraid of change as Saturn might be. Saturn might unconsciously make Mercury feel as a school kid.

This contact could turn out to be good, if each of you understand the other one’s attitude.

This way, the relationship could turn out to become a loving connection of the master and the apprentice, in the most romantic sense.

Saturn would help Mercury express his or her thoughts clearly and maturely; Mercury would help Saturn realize not everything has to be that serious.

If you manage to understand one another and actually gain positive energy from your communication, you could successfully overcome any other potential problems through a serious and logical, practical and methodical approach, without imposing on one another.

However, other elements are required for this relationship to become truly romantic and we are sure there have to be some.