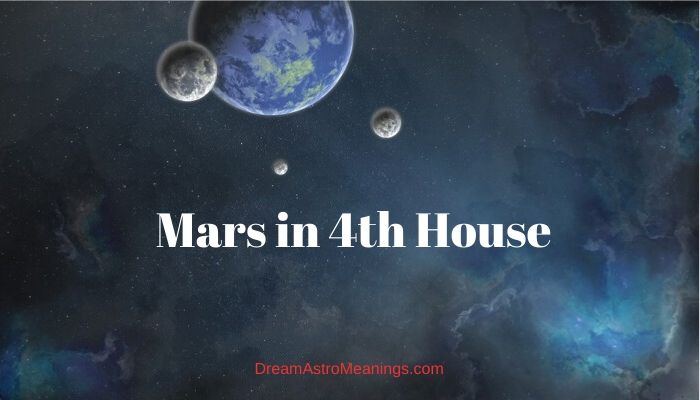 The fascination with planets and the stars dates back in ancient times. People discovered that the planets influence their lives and the world around them long time ago and named the study of this influence astrology.

The accuracy of the predictions of skilled and experienced astrologers often amazed them and it continues to amaze people to these days.

Astrology can be very insightful and give much information about almost any question we can possibly ask. Astrology analysis can give information about characters, beliefs, interests, behavior, appearance, and possible life events.

It can also give predictions about future events, outcomes of relationships and situations, etc.

The analysis begins with a natal chart, which is a chart of the positions of planets in some moment of time. This chart gives the astrologer all the information about a person, or a situation or some other question. The planets are placed in the 12 houses of the natal chart.

The first house is called the Ascendant or the degree of the rising sign on the eastern horizon for the moment when the chart was created.

Those houses containing the planets have the most significance because they show where the focus of attention and most action gathers.

These planets add their influence and energy to the energy of the houses where they are placed as well as the areas governed by these houses.

Astrology can in some cases be used to reveal the outcomes of relationships between people. This is done through a technique called synastry. The astrologer analyses two charts and the interactions between the charts, especially the planets of one chart placed inside the houses of the other chart. This analysis reveals how the relationship influences the partners.

The natal chart houses rule various areas of life. By analyzing the houses of the chart and the planets inside, the astrologer can discover details about the personality and character traits of a person, their personal appearance, interests, beliefs, attitude, goals in life, education, their ancestors, parents, children, sisters and brothers, their neighbors, surroundings, home, social life, friends, travels, financial situation, enemies, health and physical condition, etc.

The houses from first to sixth are called personal houses, while the houses from seventh to twelfth are considered interpersonal. The houses can be angular, succedent or cadent, or according to the element of the signs, cardinal, fixed, and mutable.

The planet Mars has a powerful nature and influence. This is the so-called red planet because of the red iron covering their surface. It is a personal planet, and it reveals the person’s drive and energy in life.

The planet Mars resembles in some way the planet Earth which is why some people believe that life could be present there some day.

For some, there is no doubt that life was present on Mars some time in the distant past.

This is a small planet, but it has a reputation that scares people. It rules the signs Aries and Scorpio. Those who are impacted by this planet express its traits and are often feared by others.

These people demand respect and this respect is usually well-earned. If Mars is well-placed in their natal charts, these people are honest, rightful, helpful, determined, energetic, confident, ambitious, possess leadership qualities and have a strong desire to succeed.

If Mars is afflicted in the chart, they can also possess these qualities but they can also be violent, aggressive, destructive, brutal, inconsiderate, impatient, prone to conflicts, and similar behavior.

Mars is the ruler of criticism and immoral actions. These people have dominant characters and might be prone to controlling others.

When Mars is afflicted and the person is under the influence of this planet because it is their ruler, this planet can have an especially devastating effect on their life. This planet can cause accidents and other destructive events in the person’s life with often irreparable consequences.

Mars ruled people almost never give up. They are willing to fight with the last atom of strength. They can be direct almost brutal in their actions towards others. They often don’t choose their words and they can hurt people’s feelings without intending to.

They are simply not very compassionate and believe that the truth ought to be told regardless of the consequences.

They usually have a rough personality and cannot easily comprehend that other people aren’t as tough and resilient as they are.

These people are temperamental and sometimes aggressive in their talk. They often cannot control their reactions and might have outbursts of violence and aggression. They might also be thoughtless and take actions without thinking them through.

Mars people often have a strong urge to control other people and orchestrate their lives. They often feel the desire to tell others what they should do without being asked to do so.

These people love putting their noses in other people’s business uninvited, but they don’t allow anyone telling them what to do or possibly controlling them in any way. They don’t want anyone imposing their opinion onto them, and yet, they are doing it to others constantly.

These people are brave and don’t let situations discourage them. They bravely confront any difficulty they encounter. These people are excellent leaders and people feel they can rely on them.

They sometimes manipulate others. They are competitive and want to be first in any situation.

These people have a magnetic personality which draws people to them. They can be prone to provoking others just to see their reactions.

The fourth house is the ruler of our home and family. It also rules our family home. It represents the level of comfort we desire and possess in life.

If there are planets inside this house they reveal additional details about the person’s relationship to their home and family.

This house shows whether the person has harmonious relationships with their family members and a stable home life, or this is a life of conflicts and instability.

The fourth is also the house of our origins and ancestors, and the place we are born. It gives information about how our house looks and how it is decorated. This house gives information whether the person has a strong attachment to their home or uses it only to spend the night there.

This house is ruled by the Moon and corresponds to the sign Cancer. It describes the people we live with inside the same household. It shows our basic habits and behavior around the house. It also reveals the possible inherited traits from our ancestors.

The fourth house shows the level of comfort we desire to have in life as well as the level of security we need and have in life. This house and the planets inside can indicate the events the person could experience at their home.

They reveal the atmosphere present in the person’s home, and whether the person considers their home as a place of security where they could recharge their batteries, or they consider their home a battlefield where they don’t want to go.

The fourth house its ruler and the planets inside give information about the place where our home is placed. Usually the 4th house rules our mother, but in some cases, when the mother is the more dominant parent, this house could represent our father.

When someone has a lot of planets in the 4th house this is usually an indication that the home plays an important part in the person’s life.

Malefic planets can cause problems and issues in the house, while beneficial planets are a sign of a harmonious and well-decorated home.

Mars is generally not a good planet to be inside the fourth house. If Mars is well aspected with other planets, this makes the person independent and willing to find a place on their own early in life.

They are able to put in a lot of energy and effort to earn what is necessary to be able to afford to have a place of their own, lease it at first, and buying it after some time.

Even when it is well-placed, Mars in 4th house is usually a sign of aggressive and conflicting relationships with their family. This position of Mars describes a person who usually didn’t receive much attention from their parents, and was raised in almost military discipline.

This is often the cause of their rigid attitude and lack of emotionality displayed in their relationship with their family members and members of their household.

If Mars is the only planet inside the fourth house, their home is usually plain looking and lacks additional details. These people prefer living in almost Spartan conditions and only have the furniture that is absolute necessity.

If Mars in fourth house is afflicted, this could be an indication of many problems and issues the person could encounter around their home, either from their household members or from outside circumstances.

Mars in fourth house could be the cause of accidents that might happen in the person’s house, often related to areas ruled by Mars and the sign where it is placed.

The atmosphere in their home is energized because these people tend to put in a lot of energy in every activity they do in their home. Their household members might have to put up with their fiery tempers and outbursts of anger.

They are initiators of action, but they can also be very annoying because they want everything done the way they desire, and that might irritate others.

Mars in fourth house could be a sign of major conflicts and disagreements in the person’s home. This could refer to arguments with one or both of their parents, lack of empathy and consideration which can cause traumas and resentment in the person. In some cases, the person grows up in violent atmosphere.

These people might be prone to holding on their emotions and become very closed off. They can also be prone to expressing their accumulated outside negativity inside their home towards their household members.

They don’t express their disagreement and aggression to those who deserve it, and instead they choose to spill their negativity inside their home to the people who don’t deserve such treatment.

The fourth house can also describe the end of someone’s life, and with Mars in 4th house this could indicate a violent end of life.

When someone’s Mars is in the fourth house of another person, this is usually not a good sign for their relationship. It might indicate conflicts and disagreements between them and they won’t feel like at home when they are around each other.

The 4th house person might find the Mars’s presence in their house annoying and disturbing. They might consider Mars overly aggressive and controlling.

This position of Mars in synastry doesn’t always have to be a bad one. If their interchanged aspects are good, the Mars person might be the initiator of major changes around the 4th person’s household, which will benefit both of them.

Mars in 4th house is often a problematic placement regarding the harmony and stability of home life.

This position of Mars could be an indication of conflicts and disagreements in the family and home life, lack of love and emotional support the person receives from their parents (especially mother or father, whomever is represented by the fourth house), as well as other issues and problems the person might experience regarding the areas ruled by the fourth house.

Mars in fourth house in synastry is also not a good position, and often indicates conflicts and disagreements between the partners, especially regarding their home life.

The 4th house person often considers the Mars person irritating and overly aggressive for their taste. They might consider their presence disturbing.