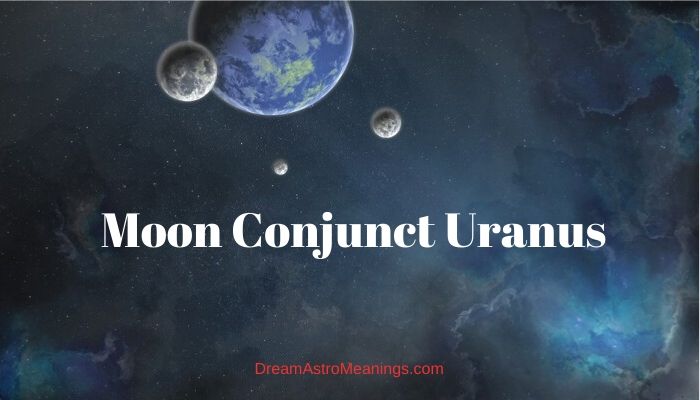 Mysteries of the universe and the question of the grounds of our existence have always been bothering humankind, not necessarily in a negative way, though.

The uncertainty of what lies behind the starry vastness has always been puzzling us, but also it has been giving wings to our imagination.

The unsettling feeling of not knowing how the universe works is, perhaps, our greatest and the strongest motivation fuel.

Although we usually date astrology into the era of ancient civilizations, namely of the ancient Babylon and old Persia, there have been discoveries that suggest people have interest into astrology, so to say, in the earliest of days, during prehistoric times.

This suggests that the prehistoric man knew about the connection between the ineffable cosmos and our life on Earth. Hunters and nomads of pre-civilization era would certainly use the sky as their navigation map.

As humans have becoming more and more aware of the connection between the heavens and the earth, they started naming planets, stars, whole constellations et cetera.

Associating planets and stars, as well as all sorts of celestial and earthly phenomena with some hardly explicable transcendental forces may seem a bit naïve to many a modern human individual. Personification of such forces into ancient deities, as well. However, it only made humans closer with the natural world.

Astrology relies on such principles. It is based upon the postulate stating that microcosm was reflected in the macrocosm. This means that the universe itself or, at least, the known universe, reflects in each human individual.

In addition, what happens up there, reflects on the destiny of the earthly life. Well, it definitely has some ground in the official sciences.

We know that planets and our Solar system affect the life on our own planet. We are also familiar with influences these have upon ourselves; think about the moodiness associated with the Moon or any particular effect of seasonal changes.

However, the astrology goes even further. It says that our destinies were written in the stars.

That said, our romantic lives must have been written in the stars, as well. It leads us to astrological compatibility readings and synastry, which is our main subject.

However, the first step is knowing one’s natal chart. Before doing synastry, one must be familiar with natal charts of the people in a (potential) relationship. Let us hear more on that.

Natal astrology is essential for understanding synastry simply because the latter represents a comparative study of natal charts.

Before the astrologer could compare two lovers’ charts, it is necessary that both were thoroughly observed and analyzed. While doing that, the astrologer would focus on specific elements.

Things such as tendencies towards a relationship in general, the ideas about commitment, the level of openness, tolerance, compassion and more, are all of vital importance for a relationship.

Logically, if partners have different goals in life, it could be a threat to their relationship. However, this should not scare you, but make you think about it.

Natal astrology is a basis for understanding the compatibility. There are, however, different methods of compatibility analyses. Composite charts would merge partners’ charts into a new one and interpret it as a new chart.

Synastry report is different, as it compares two charts and interprets their contacts point by point.

Synastry report represents two charts in comparison to one another. By comparing the two charts, the astrologer could see how well they fit one another, mostly in terms of potentials.

Synastry report may indicate areas of life in which you and your partner would play along and feel the happiest.

This is precisely why it is very important to know about each individual and then apply such knowledge along with basic synastry principles.

Isolated elements of a synastry report could tell you about certain possibilities or explain certain behaviors and dynamics of your relationship, but they do not seal its destiny.

In that sense, we should talk about astrological aspects. Aspects are specific contacts that planets make in an astrological reading.

For example, each person has specific aspects that constitute their own natal chart.

These aspects are determined by the place and the exact time of a person’s birthday; hence, they are unchangeable.

In synastry, it is the same, but here we have new aspects that are formed between planets from two charts. These aspects are based upon the natal chart aspects, of course. How do aspects affect a relationship in synastry?

Aspects create specific energies between the charts. There could be five major ones, of which some are easy and others heavy.

Flowing aspects are amazing as they allow energies of planets to freely flow and cooperate.

With such aspects in synastry, partners understand one another very well and they easily find mutual solutions to any potential problems. With heavy aspects, there would be arguing, conflicts and tensions. However, both could be vital for a dynamic relationship.

If there were many ‘bad’ aspects, it is not a good thing, obviously. However, if you have too many good ones, it could make a relationship boring, just as if too many flowing aspects in a natal chart could make an individual boring.

In other words, the mixture is, perhaps, the best. No isolated aspect forms the whole of a relationship.

Let us turn to the trickiest and the strongest of aspects, the ambiguous, though powerful conjunction.

This aspect is the strongest, since energies become intensified when planets are conjunct.

The thing is that the conjunction represents a minimal distance between the planets or not a distance at all. This is a 0-degree angle, with an allowance of up to 10 degrees deviation.

This means that planets either match places or are very close. When they are so close, their energies become stronger and conjoined. Conjoined energies in a conjunction make for a new, very intense energy.

Now, many argue about what kind of energy is being produced within a conjunction. It depends on the exact planets that form the aspect.

While many would say that two negative, malefic planets would make a negative energy and vice versa, the situation could get interesting, so to say, if planets were different. However, their final impact would greatly depend on other aspects and on individual charts.

Conjunctions are strong, binding aspects of great power. We shall see into it in our example.

Since very old times, the Moon has been associated with beauty, imagination and dreams.

This lovely satellite of our planet Earth is one of the celestial bodies that have inspired numerous myths and beliefs during antiquity.

Luminaries, the Sun and the Moon have always been subjects of admiration, praise and worship. No wonder there were many deities associated with them.

The Moon goddess of the ancient Greece was Selene, a beautiful daughter of the titan Hyperion. Her siblings were much-adored Helios, the god of the sun and Eos, the goddess of Dawn.

It was believed that Selene’s beauty was so overpowering that stars would fade away upon her arrival on the nightly sky. The romantic beliefs about the Moon goddess repeat in other traditions.

In astrology, the gentle luminary, the Moon represents the feminine principle, nurturing and caring spirit, our intuitive and emotional self. The Moon is associated with motherly figures, with protection and coziness.

It represents everything that makes us feel comfortable, secure and cuddled. The Moon is our inner self and our cozy inner world.

It represents sub consciousness, dreams, imagination, compassion, emotionality and gentleness. The Moon is our memories, our home, our homeland, our spontaneity and our mother.

This planet would play an important role in synastry, considering its ‘maternal’, feminine nature, as well as its deeply emotional character.

The primal god of the sky, Uranus was the one who established a new order, after the initial chaos, according to ancient myths.

Uranus was also the father of the mighty titans of which one cost him his throne. Saturn overthrew Uranus and ruled in his place. There were different versions of myths considering the sky god.

According to Romans, who equated him with Coelus, he was also the father of Vulcan, Mercury and Venus. In astrology, Uranus has an interesting role.

This is the planet of rebellion, of eccentric behavior, of everything that is a step ahead its time, while being exactly here and now. With Uranus, everything happens instantly, suddenly and dramatically.

This planet is associated with all major events with strong effects, such as revolutionary movements and ingenious discoveries, rebellions and also natural phenomena that would change the face of the earth.

Uranus is one of the transcendental planets so its influence is usually associated with big plan and not with natal astrology.

However, if it forms significant aspects, its effect would be visible. In synastry, Uranus represents some kind of instability, independence of an individual.

It depends on its own aspects and of other aspects, whether its nature would be a divisive factor or a uniting one. We shall see it in the example of Moon conjunct Uranus in synastry.

This connection is somewhat tricky, but would definitely be something to remember. The ‘gain’ of this contact depends on how comfortable you were with simply let it go with the flow and enjoying it.

This mostly affects the sensitive Moon person, who tends to long for more commitment than Uranus is usually willing to offer. Let us see what happens here!

Thus, it is a relationship of unusual vibes and is very likely to have started in a unique, peculiar way.

This is a kind of a relationship to talk about and still wonder how such a miraculous thing could happen. That is right; this connection usually starts as a sudden and pleasant surprise.

Uranus would be attracted to Moon’s dreamy nature and its vivid and rich imagination, that makes for a great vessel for Uranus’ own brilliant, visionary and alternative ideas.

The problem arises if Moon’s traditionalist spirit steps in and its need for full emotional commitment. Not that Uranus must be non-emotional, but it is very unsteady in contrast to Moon.

This is a connection that, when seen isolated from other aspects, makes for a relationship that is not meant to last forever.

This is a relationship that should enrich your experience and only electrify your little inner world. It is something good and positive, by all means.

The way you are going to deal with it depends on your general sensitivity and other aspects; this mostly applies to the Moon partner.

This lovely connection should be inspiring and something to remember as a wonderful experience – if it ends.

If you have other aspects that would act like glue between the two of you, maybe this one would not play a divisive agent role. In any case, it is, indeed, something worth of trying and experiencing.