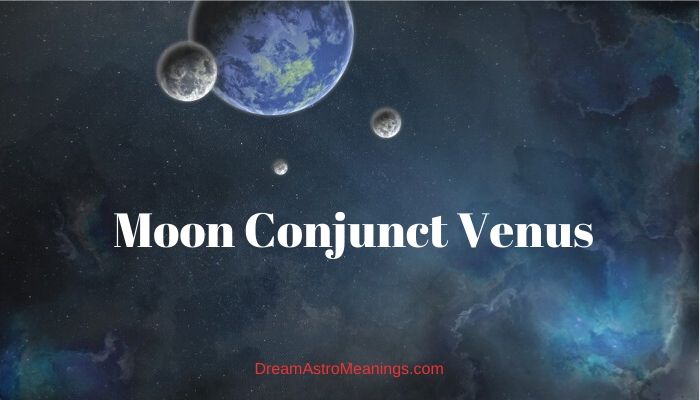 One of the most common mistakes in common talk is equating horoscope with the ruling horoscope sign, that is, one’s Sun sign.

People would ask ‘what you are in your horoscope’, thinking that the ruling zodiac sign determines the whole personality. While it certainly defines you and it would play a major role in your life, this is not true.

The Sun sign is only one of the elements that constitute your birth chart, also called natal chart. Natal chart is a type of an astrological chart, also known as horoscope.

According to some authors astrological charts could be delivered not only for individual human beings (as personalized natal charts), but also for animals, plants, countries, whole nations et cetera.

To create an astrological chart, one needs the exact time, date and the place of an event; in case of natal astrology, it is data related to one’s birthday. You could think of an astrological chart as a graphic depiction of a photograph of the sky, taken at one precise moment.

Natal chart is a diagram that represents positions of the planets at the time you were born.

Planets move all the time, around us, from the astrological point of view. There were eight solar system planets and the two luminaries, the golden, bright star Sun and the mysterious, glimmering Moon.

In a natal chart, their positions would be fixed. Natal chart is unchangeable, but it does not mean everything was set in stone.

In older days of astrology it was, indeed, believed that we cannot do much in order to change our destiny and shape up our life.

It was believed that everything we experience, everything that falls on us, good or bad, was inscribed onto the heavenly vault and the destiny would pull the strings. We were marionettes in the great cosmic play.

In modern astrology, however, it is believed that we actually use the potentials of what was written in the stars, meaning we do shape up our destiny. Astrological chart offers an insight into your own capacities and it is up to you to use them.

In any case, we end up with the same; planetary positions and energies affect our lives, one way or another.

An insight into your natal chart could pinpoint some of the major events in your life, events that have already took place and those that are about to happen. However, the majority of the analysis would reveal your potentials.

It would tell much about who you are as a person and it would help you understand better why you are the way you are.

Astrological aspects are something to look into. They are angles planets form within a natal chart. Each planet occupies a specific position in your chart; some of them create specific connections, angles we call astrological aspects. There were major and minor aspects.

The five major are five traditional aspects, set up in the early days of astrology.

These five aspects are the conjunction, which will be discussed later on, the opposition, the square, the trine and the sextile. Astrological aspects could be divided by the type of the energy they produce. Aspects are divided into easy or good and heavy or bad.

The division into good and bad aspects is not exactly a good choice of terms, since all aspects are purposeful.

Their nature is definitely not neutral, but we cannot divide them into strictly negative and positive categories. There is no natal chart presenting only with ‘good’ aspects, just as there was no completely ‘negative’ chart. Each chart is a unique complex of all aspects.

The diversity of aspects is what makes the chart dynamic and interesting.

Easy aspects are in favor with freely flowing planetary energy; it is considered that with favorable aspects, the best side of the planetary nature would be manifested.

Heavy aspects would present with tense energy, conflicting energy and challenges. It could be a good stimulant, besides of the problematic nature.

Many consider the aspect of the conjunction as the strongest aspect in astrological chart. This is because the planetary positions are matching in this aspect. They stand one atop the other or very close tone another.

The maximum deviation to the ideal 0-degree could be up to 10 degrees. What happens when planets match or when they are so very close?

Their energies become combined, mixed and they flow together. Now, depending on the planets involved, this freshly made energy could be good or bad, to simplify things.

If one planet was a malefic and the other one was a benefic, the situation would become more complicated. This aspect intensifies the effect of both planets; their energies become stronger.

Sometimes it would seem as if these two compete, because it happens that one planet cannot clearly distinguish its own energy from that of the other planet. However, they are not opposed, but intertwined.

The Moon in Mythology and Astrology – Luminaries in Astrology

Luminary celestial bodies are especially important in astrological interpretations, for they literally shed some light over one’s natal chart. Luminaries, the Sun and the Moon are personal planets.

Even though they were not planet in astronomical sense, in astrology they are labeled so. The Moon is our mysterious light, the other side of the coin on which the Sun also takes part.

The Moon has always been interesting to peoples of the world. In ancient Greece and Rome, the Moon was identified with Goddesses Selena and Luna. It was associated with the principle of femininity, of feminine beauty, sensuality, emotions and grace.

Perhaps the story about Selene best illustrates how ancient Greeks thought of the Moon.

Selene was the goddess of the Moon (her name literally means ‘the Moon’), the daughter of the titan Hyperion and his wife Theia. She was so beautiful that all the stars would fade away in the presence of her beauty, when she would appear on the sky.

In Greek tradition, the Moon was also associated with the brave goods of hunt, animals and nature, Artemis.

In Roman mythology, Selena was equated with Luna. This luminous celestial object has been inspiring legends, myths, stories since ever. One of perhaps not so widely known legends comes from Chinese tradition and it is about white cats.

Chinese believe white cats would walk upon the rooftops at night and steal moonbeams; hence their white fur, perhaps.

Let us return to astrology. In astrology, the moon also represents beauty, femininity, emotions, dreams, imagination. The Moon, remember, does not have its own light, it reflects the light of the Sun. therefore; it represents the hidden part of us.

It represents our deepest intuition, our delicate feelings, our soul. The Moon is our compassion, nobility, kindness.

The Moon is associated with motherly figures, with home, homeland, family, everything where we would feel comfortable, protected and cozy. The moon represents each corner that makes us feel good and calm.

The moon moves fast throughout the zodiac, so it also affects our mood and is not a stable principle.

The Greek goddess Aphrodite and her Roman mythology counterpart Venus was probably the most beautiful goddess of these ancient pantheons.

Although most of the ancient goddesses were depicted in a beautiful human form, no one could match the beauteous Aphrodite. According to Homer, she was the daughter of Zeus and Dione.

However, Hesiod tells about the different origin of Venus. According to his story, she was born out of the sea foam. Whatever story you take, Venus was considered the most beautiful deity and the goddess no one could resist.

She was the goddess of love, beauty, aesthetics, fertility and abundance. Myths tell about her irresistible charms.

Even the fierce, aggressive and bloodthirsty Mars, the god of war, fell for her charms and they had many children. According to ancient myths, she was the only one capable to soften the cruel god’s heart.

The symbol of the planet Venus in astrology is a circle atop the cross, signaling the spiritual part ruling over the matter. In terms of Venus, it was the love that could overcome all the material boundaries.

Everything we associate with well-being, pleasure, harmony and beauty reflects through Venus.

The position of Venus in one’s natal chart tells about the potentials and capacities regarding happiness, joy, pleasures in life. It help us discover and recognize what makes us happy. It is associated with romance and attraction, with inspiration, with the sense of aesthetics.

Venus awakens our sense of beautiful, good and harmonious.

This planet is responsible for creating favorable, pleasant relationships with the people around us. It symbolizes young women, luxury and precious things, cosmetics, sweets, flowers; in other words, everything lovely and enjoyable.

Venus is the patron of artists, dancers and jewelry makers. Venus rules the harmonious sign of Libra and earthly, steady Taurus.

Moon conjunct Venus is an interesting aspect that would reflect on one’s character, creating subtle traits that could sometimes be hidden under the layers of that individual’s personality.

The double feminine principle we have here, the double yin energy. Both of these two planets are very gentle, emotional, receptive and adaptable.

These people are sensitive and it his aspect could often turn into a need to adapt to others, to impress them and charm them.

Sometimes they believe that they have to submit to someone or something in order to find happiness; however, they could use the energy the other way around. They rarely are straightforward; they would use their charms as a tool.

They do not have mean intentions towards other people, but would avoid being direct and would achieve their goals through game and pretense.

On the other hand, these individuals truly care about others and would be very kind and gentle, sometimes too kind for their own good.

These people are naturally sympathetic and they make others feel loved. They are sympathetic of others and would always care about not hurting others.

However, they could easily hurt themselves, for their compassion makes them very vulnerable.

These individuals have a strong parental instinct. They would also enjoy the company of women, especially motherly figures.

They posses natural charm, but they also love fine clothes, they are stylish, they have sophisticated taste. In short, others love to see them, just as they love to talk and spend time with them.

Moon conjunct Venus people are kind, sensitive, compassionate and would often appear to be non-ambitious persons.

Although it is not necessary to strive for some conventional type of success, you may find this part of your personality as a downside, as you could become too lazy or simply lacking motivation to do things.

Your sensitivity could cause the avoidance behavior, as you would see to escape any conflict or any hard work, because you cannot emotionally handle it.

Luxuries, finery and precious possessions go hand in hand with this aspect, but you should be cautious about it and not let yourself become vain and, again, lazy to do any hard work on your own.

Moon conjunct Venus would very likely have kind and caring people around them, but they should not completely rely on everyone else, forgetting how to take care of themselves.

Your naturally compassionate nature should be exercised at all times and it should keep you active, but you have to invest some effort into it.

For example, Moon conjunct Venus could find great inspiration and motivation in taking care about the weak and the helpless. Childcare or animal care are fields they could find themselves in.