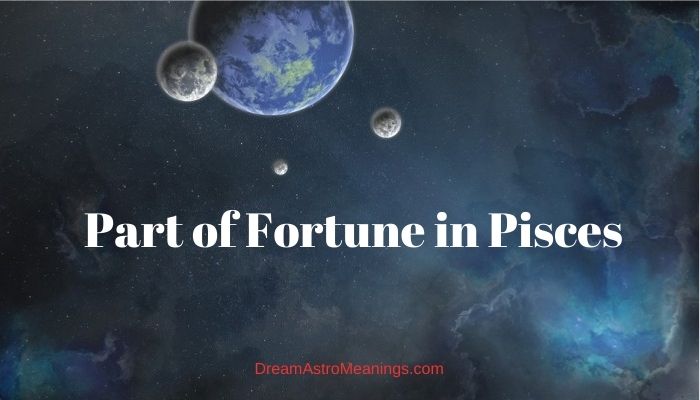 For thousands of years, man has pondered the question: “What is Happiness?” He came up with thousands of answers to it. But surprisingly, with all these answers, only a few can really say they feel happy.

The ancient Chinese legend speaks very interestingly about the nature of Happiness.

Several thousand years ago, China was ruled by a very cruel and selfish emperor. He ordered the erection of a wall about six thousand miles long around his domain.

To better understand the spirit of that time, you need to know that many people died during the construction of this wall, and their bodies were buried under it.

At that time there was an old Chinese man who had and loved only two things in the world: his only son and his horse. But fate decreed that the horse once ran away. Hearing about this, the elders of the city came to console him with the words: “What a misfortune that your horse ran away.”

The old man looked at them and replied: “How do you know that this is a misfortune?” A few days later, his horse returned, accompanied by six wild horses.

Thus, a person’s wealth has increased dramatically. Seeing this, the elders of the city came to him again and said: “How fortunate that you now have seven horses.”

The old man thought for a minute, then looked at them and replied: “How do you know that this is happiness?” In the evening, the old man’s only son decided to drive around one of the wild horses, fell off it and became a cripple.

The elders again gathered at the old man and, shaking their heads, said: “What a misfortune that your son fell from his horse and now cannot walk.” And this time he gave them the same answer: “How do you know that this is a misfortune?”

The elders were puzzled and walked away. The next day, the emperor’s servants arrived in the city. They had an order to take all young healthy people to build a hand-erected 6-thousand-mile wall. They took all the young people in the city except the old man’s son.

This time, the elders were sure they understood the old man’s wisdom. They came to him again and said: “How fortunate that your son was not taken to build the wall.” But the old man looked at them and again answered: “How do you know that this is happiness?”

This time, the elders were completely bewildered. They stepped aside and began to confer with each other. Then they returned to the old man and said: “We talked among ourselves and agreed that you are the wisest person in all of China.

We decided that it would be great happiness if you agreed to become the head of the city. “The old man stretched out his hands in despair and said: “How do you know that this will be happiness? I don’t need a job. “And walked away.

They are characterized by a figurative and mystical way of comprehending the world, which largely explains their religiosity.

The craving for loneliness, laziness, infantilism, subjectivism in the perception of the world are those manifestations that are sometimes inextricably linked in Pisces with the process of creating their inner world. Pisces impose their internal, fantastic images on the realities of the outside world.

Depending on the momentary inner mood in the same person, Pisces are able to see either a friend or an enemy. Sometimes they can be deliberately deceived, but more often they deceive themselves.

Faced with the problems and difficulties of our world, some Pisces try to escape inside themselves, helping themselves in this escape with drugs, alcohol, eroticism. But they are also able to endow people with beautiful images, the wealth of the world they create through music, poetry, painting, and dance.

Pisces are sentimental, romantic. Sometimes they give people the greatest examples of self-sacrifice. Pisces are endowed with another quality – a subtle intuitive identification of “friends” and “aliens”, and are called upon to play the role of the immune system of mankind.

In Pisces it is difficult to maintain a state of rest and balance, they require constant changes and a person continues to rush like a fish in water.

In Pisces, the endocrine and lymphatic systems are controlled. Be in harmony with the world and with yourself, and there will be no problems with hormones.

Here two polarities are combined: deep immersion in oneself, one’s inner and at the same time – receptivity, openness and mobility in the outer world. Amazing inner integrity. They mix the reality of the outside world with their inside. The inner world for the Sun in Pisces is much more real than the outer one.

They themselves create their inner world, create it, and love to be in this inner reality. Hence the dreaminess, the ability to speak in an incomprehensible language, using purely personal subtle associations, nuances.

In the outside world, they feel primarily the shades that are more important to them than large details, often losing the main thing behind this.

The inner reality gives them their own moral assessments and criteria, so outwardly they can seem very shameless. They accept everything without distinguishing between good and evil, mix everything up and evaluate, based on their own intuitive or emotional feelings.

The most common type of men is an active, overly active person who takes on a lot of things at once, tries to combine different directions, points of view, dumping everything in one heap, giving out many promises, despite the fact that they will be fulfilled due to lack of time and he is not capable of strength. They do not have a clear critical assessment of the world around them.

Under the influence of an instant feeling, they are ready to get involved in the business, it seems to them that they will be able to bring it to the end, but unfortunately, they often cannot measure their strength with reality.

A more sublime type – a thinker, mystic, philosopher, scientist, mostly of an intuitive nature, closed in his inner world, immersed in himself, can live without leaving home. His world can be closed up to the framework of one family. In fact, he does not need anything, except for their occupations and the circle of close people.

They give their strength to the outside world as if under the influence of necessity, maintaining a great desire to once and for all plunge into their inner world, because the most important processes for them take place deep inside, and in their subconscious.

Part of Fortune in Pisces – Meaning and Symbolism

Fortune or the point of happiness occupies a very important place in astrology because the discovery of this happy point in the horoscope is a very good method for analyzing and better perception of those spheres of life in which success, happiness and prosperity can be easily achieved.

Fortune is calculated by a mathematical formula discovered by the ancient Greeks and perfected by Arab astrologers and astronomers during the middle Ages.

There are a large number of Arabic parts, of which the greatest importance is attached to the part of Fortune, which is an additional factor in the interpretation of the natal chart.

The Arabic parts are in fact astrological points – sensitive places in the natal chart that, unlike the planets, do not really exist. They have no real existence but represent a mathematical concept.

Fortuna is interpreted as a point that bestows happiness in various areas of life depending on which sign or astrological house it is located in.

Also, when interpreting, the mutual aspects of Fortune with the planets are taken into account so that the complete meaning of this happy point in the horoscope of the individual is obtained.

Fortuna plays a significant role not only in interpreting the natal chart but also in interpreting comparative love horoscopes, because when part of Fortune in one horoscope touches Venus, Moon, Neptune, and Sun or Ascendant in another horoscope, it is an indicator of a balanced love relationship, both partners feel strong attachment and have a strong sense of being soul mates.

The conjunction in which Fortuna participates in combination with several other relevant factors, a love affair that seems to have little chance of survival, bestows romance and happiness so that harmony can be maintained.

Compassion and a spiritual approach is at the heart of most of the actions of such people, the sensitive nature of Pisces is always ready to help everyone in need.

The sign of Pisces is ruled by the planet Neptune, which also indicates your emotional depth and sensitivity at every level of life.

Pisces are instinctively willing to help others, and are able to sacrifice their ambitions for the benefit of others they care about, especially with close friends and family members.

One of the most important life lessons for many Pisces is the dilemma of balancing your needs with the needs of others.

In ordinary life, people born under this sign behave irrationally and unreasonably in accordance with the standards of other people, for most such people seem to be just dreamers.

Oddly enough, but for the most part your intuitive idea of ​​reality is correct, however, this often irritates others, but you should learn to trust your intuition more, and not follow the lead of others.

People born under the zodiac sign of Pisces cannot be called too sociable. However, at the same time, the society of people gives them great pleasure: they simply form a circle of friends extremely selectively.

It is hard for them in teams where mistrust and an atmosphere of mutual enmity reign, therefore, by virtue of their nature, Pisces strives to smooth over sharp corners.

Pisces understands the surrounding people quite well, but sometimes they cannot figure out themselves.

This leads to an excessive tendency towards reflection and not quite adequate self-esteem: today they seem to themselves to be geniuses, capable of great things. And tomorrow – boring, gray and unsuccessful people.

Pisces are creative, and therefore rushing natures. It is not easy for them to decide on an important step, which will be followed by serious changes in their lives.

But if they do this step (themselves or pushed by people whom Pisces trusts), they will go to the bitter end.

Pisces do not like unfinished business, although often laziness still catches up with them, forcing them to put off what they started for later.

Pisces can understand other people. As a rule, these are strong empaths who are sensitive to other people’s pain, therefore, Pisces will be delicate in communication and most likely others will find them pleasant people in all respects. They are sometimes ready to help others even to the detriment of themselves.

Representatives of this sign are inclined to analyze and carefully weigh all the arguments when making decisions.

They will never rush headlong into the pool, especially if something of moral value is at stake.

At the same time, Pisces are not too picky about material goods: they often make expensive gifts, do not deny themselves quality things.

At the same time, such behavior plays into their hands: the optimal combination of generosity and prudence helps them find a balance between the spiritual world and the material world.

Pisces are endowed with subtle sensitivity not only in terms of the sphere of human relations, but also in art.

The works that Pisces will create will reflect their inner world, as well as the ideal world that they would build on Earth, if it was their will.