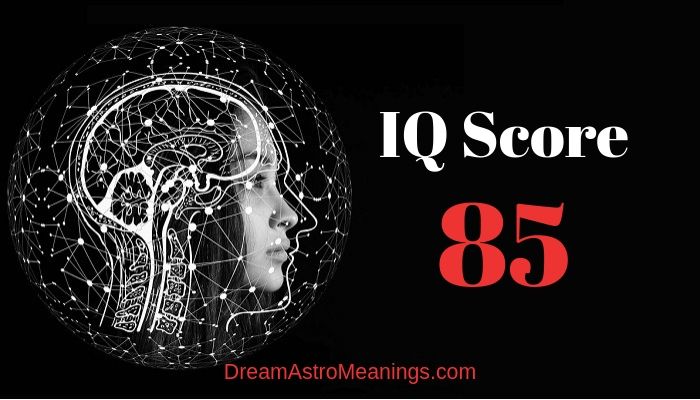 What does human intelligence mean and how could we measure t? These are some of the questions psychologists and other experts are wondering about.

However, extensive researches undertaken over the years of research did provide us with at least some answers.

One of the questions that have been answered was whether intelligence was inherited or not. By far, scientists concluded at least half of one’s intelligence is passed down through the genetic material.

The research proved that people, children, who did not grow up beside their biological parents show very similar level of intelligence to their real parents, even if they have never seen them or been exposed to their influence in any way.

Scientists are working on discovering which exact genes play this role of carrying the ‘intelligence material’, to say so.

The factors of growing up experience, environment, socio-cultural background and many more all have a role to play when speaking about human intelligence. These do not represent the inborn intelligence, but they affect the acquired capabilities.

These factors would support ones inherited intelligence level – or not, depending on the specific circumstances.

At least, that is one of the potential explanations. Research also proved that human intelligence as a whole is not a stable constant.

It could change over the years, depending on outer factors and led to deviations up to 20 points of the IQ scale! It is something one should consider, for sure; that is not a minor difference, it changes the whole range under which someone’s IQ falls under.

Moreover, the idea of emotional intelligence has been getting more attention recently and is even regarded as more important factor as the life success predictor, which is what IQ scores are meant to show.

The Beginnings of IQ Testing

How did IQ testing start? It was first meant for educational purposes; in fact, for finding out which kids would possibly need assistance during their school years. The testing first started in France, after the law according to which all children should get educated.

This first test was created by the French psychologist Alfred Binet. The test is known as Binet-Simon test, after Binet himself and his colleague Theodore Simone.

The test was based upon three major parameters. It tested children’s memory potential, their task processing speed and their level of attention.

Binet soon realized how results are different amongst different kids, but that they do not necessarily correspond the children’s age. Instead of understanding intelligence based on chronological age, Binet proposed the criterion of mental age.

It does not mean that a younger one would perform worse than the older one and vice versa.

Of course, this test was limited in many aspects. It did not tell much about the inborn intelligence or additional skills and Binet himself knew it.

He claimed other aspects of one’s life have to be taken into account; environment, social background and other factors that could contribute to development of one’s intellectual potential.

Binet’s test became the role model for other tests that would be created in the future.

After being introduced into the United States, Binet-Simone test went through the process of standardization for the American citizens. The test became known as Stanford-Binet IQ test, after the University that applied the standardization process.

The results of the test were shown as a single number we know as the IQ score. The test became official standard in 1916.

During the First World War, there have been two versions of the same test, Army Alpha and beta test. These were introduced as a mean of selecting army recruits and assigning them to the fitting positions.

The test were created tin different forms, so that both those who knew how to read and those who did not, as well as both English and non-English speakers could get tested. The first one came in the written form and the other one in pictures.

The problematic side of Army Alpha and beta tests became obvious after the war. The test had been in use by the government and applied upon the immigrant population.

One can only imagine what effect such limiting determinants tests could have done, in terms of creating generalizations and all kinds of discriminating stereotypes.

The tests were misused and they allowed for excuses on sweepings and discriminating immigrants.

Surely the best known and the most widespread form of intelligence testing is Wechsler Adult intelligence scale, otherwise knows under the acronym of WAIS.

This test was invented b the American psychologist David Wechsler and it was based upon several parameters.

What Wechsler recorded and analyzed were perceptual reasoning, processing speed, working memory and verbal comprehension capacities, compared within the results of the same age group participants.

WAIS test is still in use and it finds great potential in the area of Human Resources. The current version in use is the fourth edition of the original test, while the next one is planned for 2020 (the data collection process started in 2016).

WAIS test is one of the tests within the WIS (Wechsler Intelligence scale9 family of the tests that also includes tests for measuring children’s intelligence and potential.

About the Average Score and Real Life Functioning

In order to understand specific score ranges and specific individual IQ scores we have to get the idea about the average intelligence quotient. The average score on all scales is around 100 points.

The average score means that the individual has the ability to perform all kinds of tasks that involve decision-making and could learn from theoretical material.

A person of the average score is perfectly capable of independent full functioning, is trainable, employable, average in reasoning and processing information.

However, this range of the average score does not tell much about the additional capabilities one might have.

Psychologists mostly share the opinion that simply labeling one’s score as ‘average’ is insufficient information about the person’s potentials. It is interesting to note that a person with an average score could definitely be a talented artist, although he or she would perhaps lack certain skills a high-scorer might have.

It does not prevent them from improving their own talent expression and being successful.

Another important factor to consider is what is known as emotional intelligence, sometimes regarded as Eq.

Emotional intelligence is even considered more important than intelligence quotient, by some experts. Insufficient degree of WQ would very likely prevent one, even if highly intelligent, of ‘normally’ manifesting their intellectual gifts.

It has much to do with social interaction, processing one’s own ideas associated with emotional response et cetera. It is a very complex field of human intelligence as a whole.

IQ score of 85 falls under the category of ‘below average’, within the range of 80 to 89, on one particular contemporary scale.

On a classical scale by Lewis Terman, it falls under the range of 80 to 90 that is considered ‘dullness’.

In Wechsler’s interpretation of scores, it stands for ‘dull normal’, within the range from 80 to 90. Summarized, we could say that IQ 85 means dull normal or low average intelligence level. Let us see what that exactly means.

A person with IQ score 85 is fit for independent functioning, is capable of training and could be employed in positions that do not require decision-making.

As long as it was clear what the task is, a person with low average or dull normal intelligence would have no particular problems.

Examples of suitable job assignment for those with IQ 85 are those of a dishwasher, gardener, house cleaner, janitor and similar jobs.

IQ score of 85 is not a brilliant one, if we go by IQ tests scales standards, but it does not mean that a person is necessarily limited in certain areas of life. He or she could be very handy and skillful with things that require manual work; IQ tests, standard ones, do not measure all types of intelligence.

It is true that a person with 85 IQ score may be slower in processing information, which could contribute to poorer results in terms of education, for example.

In old school terminology, one would call a scorer of 85 points a slow learner, which obviously does not mean a person is completely incapable of learning.

The thing is that a person within this lower-than-average IQ score would find it much easier to learn things that are clear, straightforward and concrete. They are capable of learning letters, writing, reading etc, although they would possibly need more assistance than an average.

The idea of training sounds curious and potentially promising. There are opinions that hard work could yet improve one’s intelligence and chances for better results in life. There is a factor of personality, as well, which often crosses path with one’s intelligence level.

As people would put it, a lazy gifted person is still lazy and it would definitely affect true manifestation of their given high IQ. It all depends on too many factors to talk strictly about potentials of an individual’s IQ.

A person who scores 85 might perhaps show better results if given more time to process information, which is one of the parameters used to measure the score in the first place.

However, it raises the question if the scorer of 85 could perhaps come up with the same solutions one with the average score, but would require more time. This does not tell the person is incapable, but slow in processing.

This is just one of the questions that challenge the whole idea of the standard for evaluating human intelligence.

The last but not the least important is the question of each individual’s performance at the site of the test, in the first palace. The accuracy of the IQ test results would be affected by outer factors, other than one’s actual intelligence level.

One’s degree of anxiety, for example, would very likely affect the overall performance.

The level of tiredness, physical and health state at the time of the test, as well. A very intelligent person could be extremely nervous person, as well.