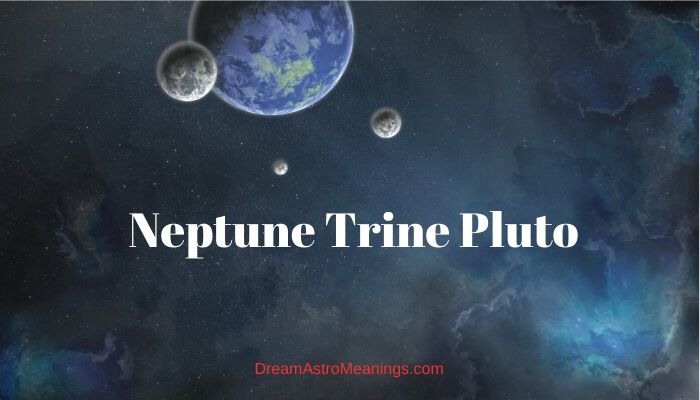 Astrology is a pseudoscience, but has many useful tools to determine details about someone’s character or destiny.

It determines the potential of situations and relationships. It can be used to predict events that will happen in the future.

People used astrology since ancient times and it was considered a valuable means to foretell someone’s future.

This discipline deciphers the meaning of planets in the natal chart of some person and draws conclusions about the person’s character and their events they could experience.

Especially important in this analysis are the relationships between the planets in a natal chart. They are called aspects and are created when planets form certain angles.

Aspects are very influential when they are exact. In fact, exact aspects build the person’s destiny and character in the most part.

Aspects can have harmonious or inharmonious nature. They can be major or minor aspects, with major being more important.

Minor aspects should not be neglected, which is especially true if they are exact. Major aspects are sextiles, trines, conjunction, square, and opposition.

Trines are considered fortunate aspects. They are major aspects created when the planets form an angle of 120 degrees.

Trines have a harmonious nature and are bringers of good fortune in the person’s life, especially in the areas ruled by the planets connected with this aspect. Trines enable the energy of the planets to be expressed freely.

These aspects bring fortunate opportunities for expansion, but they can also spoil the person with many trines, making all things easily available and depriving them of the need to put in some effort into accomplishing their desires and goals.

The houses where the partner’s planets fall point the areas which will be influenced mostly by this person. There are other techniques for more detailed analysis, but these are the most important ones.

This analysis can give a lot of information about a relationship. It might describe it and its potential with a lot of accuracy.

The relationship with predominately challenging aspects will be filled with tension and the partners will have a problem maintaining it.

This relationship requires a lot of patience, compromise, and will from both partners to be kept alive. The partners should be willing to give it a chance and be tolerant to their partner’s differences.

If there is not enough will and effort, the relationship will end.

Such aspects between two natal charts usually indicate basic incompatibility and lack of understanding between the partners.

When the aspects are mostly beneficial, the relationship is usually unfolding smoothly and the partners enjoy their mutual interaction. They usually don’t experience many issues, and the ones they do experience they easily solve with cooperation and mutual effort.

This relationship is usually satisfying for both partners.

The partners’ characters are compatible and they don’t need to effort much to sustain this relationship.

Beneficial aspects between two natal charts usually indicate that the characters of both people are in harmony and compatible.

Challenging aspects are always a problem, in all types of relationships because they tend to provoke conflicts and cause tension between people. They require tolerance and will on both sides to overcome the issues these aspects are causing.

Neptune is a big and heavy planet. It is also a cold planet. Neptune is the second coldest after Uranus in our Solar system. Its interior is ice and rocks, and its composition is mostly helium and hydrogen.

The name Neptune is the name of the Roman god of the sea and water. In astrology, Neptune also rules water and the sea. It also rules all matters related to water.

This planet brings confusion into our lives, especially in the lives of those strongly influenced by Neptune.

These are people with Ascendant or Sun in Pisces or Neptune placed on an angle in the natal chart. These people are usually dreamy, emotional, have artistic skills, but can also be prone to lies, deception, confusion, manipulation, etc.

This person could either be an excellent liar, or can easily be lied to.

Bad aspects of Neptune can be very dangerous for the person, because they awaken the negative aspects of Neptune in a person. This person might be prone to addictions like drugs and alcohol, nervous disorders, psychic illness, and similar states.

Neptune is the ruler of religion and religious authorities, and can make the person religious or chose an occupation related to religious matters. Neptune also gives psychic abilities and the person might use them to help others.

Neptune rules secrets, and people under its influence could be interested in secretive matters and secret knowledge, such as occultism.

These people often have a strong intuition and they use it while making important decision. Some of them are very sensitive and intuitively sense what others are feeling.

Neptune provokes changes in society, in the areas which are ruled by Neptune and the sign Neptune is currently transiting.

Although it rules many things, Neptune often causes religious changes and globally transforms the human (or some people’s) perception on religion and religious beliefs.

Pluto is small, but from an astronomical point of view, it is not considered a planet anymore. The scientific community decided to downgrade Pluto into a dwarf planet, because it lacks traits of a real planet.

In astrology, nothing changed and Pluto is still considered a planet. It still has a great importance in astrological analyses.

Pluto’s symbolism is closely connected to the subjects of death and rebirth, renewal, transformation, changes, etc.

This planet’s energy is destructive and aggressive. Its symbolism is destruction and it rules destructive events happening in the person’s life. Pluto symbolizes rotting and waste.

It is a symbol of the soul and people under its influence usually have a strong intuition which gives them important insights about matters and people and helps them make important decisions.

The place where Pluto is in the natal chart reveals the area where the person might encounter issues related to Pluto. In these areas the person experiences intense power that has the power to destroy.

It is likely that the person might experience a lot of transformational events in these areas which could transform their personality for good.

Beneficial aspects involving Pluto usually don’t bring destructive events into the person’s life, but they can be dramatic in nature.

Challenging Pluto aspects can have a destructive nature. During significant transits and progressions which include Pluto the person might experience a very transformative and tough period of their life.

Those under the influence of this planet could experience such issues, and are either prone to manipulating and dominating others, or they might be prone to being a subject of such behavior.

Pluto might be teaching a person to stop acting in such a manner or allowing others to treat them in this way. Pluto’s placement often reveals something the person must get rid of or let go of something or someone.

Pluto travels through one sign during a period of 12 years. During this time it influences a generation of people born within these 12 years.

This planet, like all generational planet bring transformation to the society in general and changes in consciousness, usually related to Pluto issues.

Because both Neptune and Pluto are generational planets, they influence generations of people born during their transits through one sign more than influencing individuals.

When this aspect appears between two charts, these two connect on a soul level.

This aspect might reveal a strong attraction between the partners because they also share a deep connection on a spiritual level.

Both people could get obsessed over the other, but it is more likely that Pluto will be the more attached side. They support each other in fulfilling their dreams.

The trine aspect between Neptune and Pluto is a generational aspect.

In individual natal charts as well as in synastry analysis it should be interpreted along with other influences, and aspects from other planets connected with this aspect.

These two easily bond on a soul’s level and there can be a strong attraction between them.