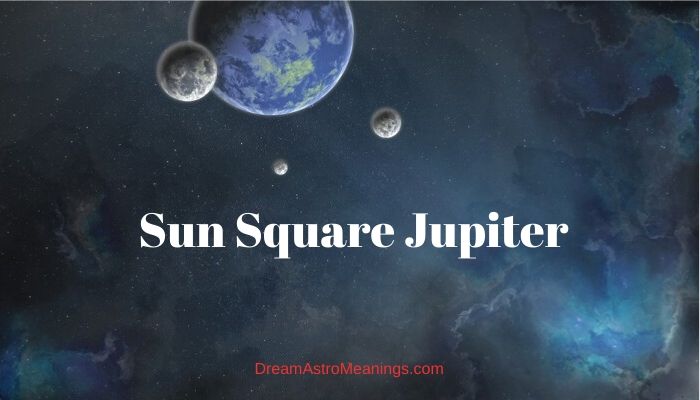 People are using astrology since ancient times to try determining our future and personal traits of people.

They realized long time ago that the planets have a strong influence on humans and they influence both their character and their destiny.

The positions of the planets during someone’s birth give a lot of information on that subject and they only need to be interpreted by a skilled astrologer.

There are different techniques used in astrology to decipher the signs given to us by the planets, and most commonly used to determine someone’s character and basic traits is the technique of analyzing the planets in the signs, houses, and the aspects they are making.

For an advanced research and looking into the future, progressions and transits as well as other techniques are used.

The aspects are very important in determining details about someone’s life and character. They can give insight about the person’s nature, interests, and the choices they are likely to make.

Major progressions and transits triggering the planets in the natal chart cause the significant life events that create the person’s destiny.

The aspects can be major and minor as well as harmonious and malefic. The major aspects are the most important ones.

They are conjunction, square, trine, sextile, and opposition. Squares are major aspects with malefic nature. They form when the planets are at a distance of 90 degrees.

These aspects create obstacles and conflicts and other issues in the person’s life or between people whose planets are connected with the square aspect.

Its nature is challenging and it takes a lot of effort to neutralize its effects.

Astrology is not only used for analyzing individual characters and their destiny. It is also used to analyze relationships and their lasting potential. The technique astrology uses for such analysis is synastry.

Synastry can determine whether two people are compatible and what are the issues they are most likely to encounter in their relationship.

By comparing natal charts of two people and applying different techniques to determine the mutual influence they have on each other, astrologers can say a lot about the compatibility between them and the chance of relationship being a lasting one.

It can identify the issues that exist or could arise between the partners as well as give advice on how these issues can be fixed if possible. Synastry can determine whether a relationship will be harmonious or full of conflicts.

The analysis can be simple, but it can also extend deep and involve progressions, transits and different types of charts to extract as much information as possible and describe the relationship in more detail.

Basic relationship analysis consists of analyzing the aspects between the partners’ planets as well as the placements of one partner’s planets in the other partner’s chart and vice versa.

The placements of the partner’s planet in the other partner natal chart can show the areas where the person who owns the natal chart will be influenced by their partner.

Aspects between the partners’ planets show the flow of energy between the two people and reveal whether their relationship will be an easy-flowing one or filled with obstacles and conflicts.

If the aspects between the partners’ planets are predominately harmonious, the relationship is certain to be filled with understanding, cooperation, compassion, and love. The partners are sincerely concerned for each other’s wellbeing.

If the aspects are challenging in nature, the relationship will most likely be a test for both partners will and commitment.

They will need to put in a lot of effort and patience to make this relationship work and overcome the obvious differences in characters which exist between them. Challenging aspects often create toxic relationships which drain the partner’s energy.

The Sun is our main source of energy and precondition of life on Earth. The Sun is in the center of our Solar System and its mass is 330,000 times larger than planet Earth’s.

Like most planets, the Sun is composed mostly from hydrogen and helium. It is generally believed that the Sun formed around 4.6 billion years ago.

Because of its importance, the Sun was worshiped by many cultures since ancient times.

In astrology, the Sun symbolizes life, energy, vitality, consciousness, life force, willpower. It reveals our life purpose. The Sun symbolizes our vitality and shows how big our ego is. It also represents our rational side of personality.

When the Sun is prominently placed in someone’s natal chart, that creates a person who is full of determination and will to succeed. The person is energetic and knows where they are headed in life.

A strong Sun makes the person energetic, creative, and determined. In some cases, the Sun prominently placed in the person’s natal chart creates a person who is very self-absorbed and egotistical.

The Sun sign gives us clues about the person’s life purpose and their personal traits. It also shows the manner the person influences others. For the Sun to travel through one Zodiac sign it takes around 30 days.

The Sun rules the sign Leo and in this sign it is the most potent. It is also strong in Aries which is the sign where Sun is exalted.

The Sun in the natal chart reveals what motivates us and shows where our focus in life is.

The Sun can point out the things we consider most important in our life. The Sun is a symbol of decisiveness, courage, devotion, and motivation. In its negative traits, the Sun symbolizes egotism, selfishness, and being prone to bragging.

Jupiter is considered the biggest planet in the Solar system. The composition of Jupiter is mostly hydrogen and it lacks surface. The name comes from the king of gods in ancient Rome.

Jupiter was the god of the sky and war. He was respected as one of the most important deities until the rise of Christianity and its replacing of old pagan beliefs.

Since ancient times, Jupiter was considered a fortunate planet. It was considered to bring good fortune and wealth into the person’s life. Jupiter still has this symbolism.

Jupiter rules Sagittarius and co-rules Neptune. It is exalted in Cancer. In these signs, Jupiter has the most power. In Capricorn this planet is in fall and its energy is blocked. When it’s well-placed in the natal chart it is considered a true blessing.

Jupiter in beneficial aspects creates wonderful opportunities for success and achievement of one’s dreams. It usually provides the person with financial stability and abundance.

In bad aspects Jupiter doesn’t create disasters (at least not all the time).

When Jupiter is making challenging aspects with other planets, it often creates blockages and obstacles in matters related to Jupiter, such as finances, or travel. Bad aspects involving Jupiter can sometimes lead to money loss and in worse cases bankruptcy.

These people usually experience obstacles to create their financial security and often struggle with money.

Jupiter travels through the same sign during a period of one year which means that all people born during that year share the same traits.

Analysis of Jupiter should always be done by concerning the sign where it is placed, as well as the house in the natal chart, and the aspects it makes.

The square aspect between Sun and Jupiter in synastry is not an aspect that might cause a lot of harm in general.

Because both the Sun and Jupiter are rulers of success and wealth, as well as indulgence and fulfilling one’s desires, this aspect might cause the couple to overindulge in things. As a couple they might be prepared to do things they would not normally do as individuals.

For example, they might be prone to lavishly spend money on expensive gifts for each other, travel, and other pleasures they would experience as a couple, and in normal circumstances they would not provide that for themselves as individuals.

With this aspect the danger is that there is no one to prevent the other side from doing foolish things. They might be caught in the moment and feel sorry later, but that is just how this aspect works.

This relationship doesn’t lack optimism and joy. They enjoy doing things together, although the Sun might sometimes be bothered by Jupiter’s non-conformity and refusal to adapt to any rules, not even the ones the Sun tries to impose.

This situation doesn’t happen often, only in cases where the partner’s Sun is afflicted with other planets and makes the Sun person self-absorbed and dominant, with a strong need to control others, especially their partner.

These two have the power to support each other through difficult times. They both refuse to give up when times are tough and always look for reasons to keep their head high and be happy. This helps them a great deal overcome the difficulties they encounter as a couple.

In some cases, they both might be overwhelmed with the desire to make each other happy and they forget about everything else, even their everyday existence. Both Jupiter and Sun can be prone to severe overspending and that can be detrimental for the relationship budget.

These two know how to enjoy the pleasures of life but they often go overboard with their enthusiasm and desire to have fun.

They both love luxurious items and lifestyle which can be a problem if they don’t have enough means to provide them. In extreme cases, these two might begin borrowing money and making debts to continue providing for their unrealistic luxurious lifestyle.

This aspect works in a way that it pushes people into doing things together they wouldn’t normally do, and that can cause a lot of headache for the both.

The square between one person’s Sun and other person’s Jupiter is not an aspect that can jeopardize neither of their lives but can sure jeopardize their finances.

This aspect somehow inspires both people to do things as a couple which they would not normally do alone; this usually refers to their spending habits and indulging their desires.

Both the Sun person and the Jupiter person love spending money on their pleasures and they both love luxury. When they are a couple, this aspect will inspire them to spend money on each other and their mutual pleasures.

The outcome of this aspect will mostly depend on the individual horoscopes of both partners and their general financial situation.

In the worst cases, this aspect could lead the couple to overspend and jeopardize their financial security and their future. This isn’t always true, but in many situations it is.

This aspect could in some situations create irritation in the Sun person, usually when their Sun is afflicted in a way that causes this person to have a dominant and controlling character, in which case they might try to dominate Jupiter but without much or any success.

Jupiter’s nonchalant behavior and their refusal to commit to anything might be very annoying to the Sun person in some situations.