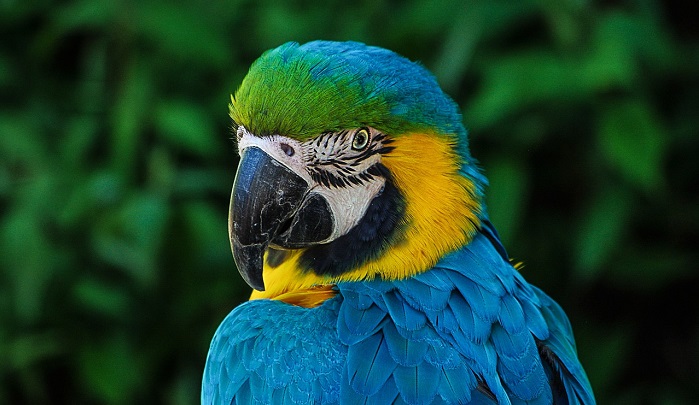 Parrots are surely some of the most eye catching and fascinating bird species.

They come in all sizes and colors and are mostly very smart birds. Some parrot species are extremely ‘talented’ and they could easily learn to talk. Parrots are colorful birds and easily noticeable. Many people keep them as pets.

In earlier times, when European man first encountered these amazing creatures, parrots were a true attraction.

We have always been fascinated by their appearance and their speech. Parrots, in fact, have incredible talent for imitating noises from around. They do not mimic only human speech, but also other noises they are exposed too.

For example, if you keep one of the speaking species, it would very likely learn to imitate the sound of your doorbell, cars on the outside and so on.

One of the most intelligent birds species on Earth are several species of parrots. The smartest and the most c0onversational one is African grey parrot. This incredible bird is also considered one of the most exotic pets in the world.

It could learn more than one thousand words! Amazingly, but these smart birds could even use the words in context.

The second to Grey parrot are macaw parrots of the genus Ara. These birds are also probably the most colorful ones and they could grow very big. They are extremely loud birds, as well. Lovely green Amazon parrots are popular pets and also very talkative ones. They could also learn tricks and their speech is sometimes hardly recognized as non-human speech.

Cockatoo are also popular talkative fellows, known for their good nature. They could be different in size and each sub specie has their special features. However, cockatoo parrots are friendly and easily adaptable to their surroundings.

They easily get used to human company. Eclectus parrots are very lovely fellows and popular pets.

Male Eclectus parrot is of bright green color, while female ones are bright red and purple. Together, these birds surely look fascinating. Eclectus parrots get attached to their humans and are also considered very intelligent birds.

These were some of the most interesting ones, although there are thousands of wonderful parrot species. 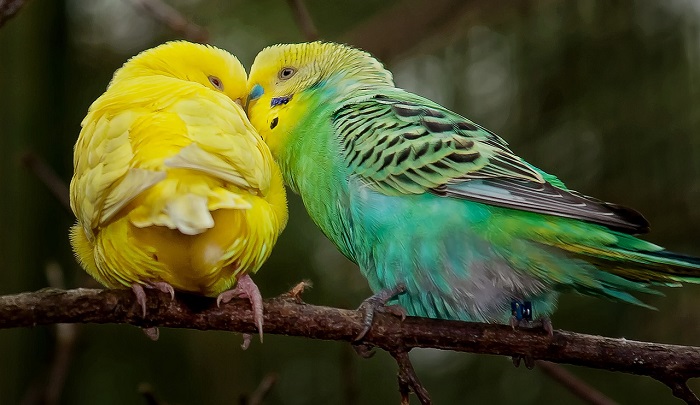 If you have a parrot, you are definitely familiar with traits of your pet. Parrots are beautiful, intelligent, but they could be very loud and sometimes annoying.

Dreams about parrots could carry various meanings, but most of those dreams are related to communication and social life.

Parrots are birds you could hardly miss out. Therefore, people often call someone who wears very vibrant, outstanding clothes, ‘a parrot’.

Parrot is a metaphor for being talkative, repetitive talk and generally talking too much.

Talking does not mean a person has actually said anything important. Dreams about parrots are also about drawing attention, being in the center of attention, even being foolish and attracting attention in a wrong way.

However, a parrot in a dream could be a messenger from deep within.

If a parrot in your dream actually talks and you recognize the words or whole sentences, grab your pen upon waking up and write it downs. It could be a powerful and a useful message.

Sometimes, it is an advice you keep mishearing in your waking life. Dreams about parrots have many meanings, which depend on particular details in a dream.

Dreams about seeing a parrot

Dreams in which you see a parrot could mean many things, depending on how the bird looks like and what is it doing. If you just happen to see a bright colored one, resting on a tree branch or elsewhere, it could be your inner self trying to be more expressive.

This is about a parrot that does not talk. This means you want attention or that you get it simply by your presence and appearance.

On the other hand, the meaning could e different. It could mean that someone else actually wants to grab your attention.

If parrot looks bad, if its feathers are in a bad shape and the bird is sick or just appears very unfortunate, it means that you are attracting attention in a very bad way and it would cost you.

Try to find another way. It means that your attitude is just an attractive façade.

This scenario could have the alternative meaning, just as the previous one. Seeing a parrot in a cage also depends on how the bird looks like.

If everything seems okay with it, it reflects your comfort zone. You keep your reputation behind golden bars, no opening yourself much to others.

If the bird is in bad condition it literally means you want out of the cage, but you probably remain there because somehow it still make you feel safe.

Dreams about more than one parrot

If you see many parrots in your dreams, whether they make sounds or not, mean you are surrounded by people who give you false or contradicting information.

They are all around you, whispering in your ears this or that, so that you cannot decide what is good for you and what is not.

This dream suggests you are lost in a mass of all kinds of people and advices and that you are not thinking by your own head.

The louder the parrots are or the more colorful, the more chaotic is your actual waking life environment. It is very possible that you do not realize it in reality, because people sometimes get used to it.

However, you could stop it before it drains your energy and confuses you even more.

Get away from all of these noisy parrots and give yourself time to organize your thoughts.

Dreams about a talking parrot

A talking parrot in a dream could be a very interesting sign, depending on what it has to say and of whether you understand it or not.

If the parrot talks with sense, it would be good to remember what the bird said. If you actually had a conversation with it, try hard to recall the subject, because it could be a valuable guideline.

It could be something someone is trying to tell you in reality, but you fail to hear it and catch the point.

If the parrot talks indistinctively, it means you cannot understand what people in your life keep saying to you.

It could also mean that you are the one who cannot find words to describe emotions or speak out some important ideas.

You struggle with associative talking and speaking up. You lack words to tell what you feel or think about.

The repetitive words a parrot in a dream might say could be precious guiding words.

Parrots are masters of repetitive talking. The word, a phrase or a sentence the bird keeps repeating in your dream might appear as if only annoying and senseless, but try to associate it with something from your reality. Sometimes, the meaning is obvious and straightforward.

However, even if it is not, do not simply throw it away. It could be a metaphor for something bigger.

This talking parrot could also be a dream embodiment of an actual person that keeps annoying you in reality. He or she keeps repeating same things to you all over again. It is usually nagging or criticizing, so that you cannot pretend as if you do not hear it, because it is in your mind.

Think about it twice; it could be someone nagging at you for no reason, but maybe the person is actually right.

Dreams about a dead parrot

Dreams about a dead parrot or, worse, killing a parrot, are usually dreams about trying not to hear something or suppressing of what you could say aloud.

If you see a dead parrot, it means efforts people invested into trying to give you certain advices have failed, since you do your best not to hear them or because you are distracted by something else.

Dreams about killing a parrot means you would rather argue than admit someone else might be right.

You would rather tell them bad things and hurt them than to take into consideration what they have to say.

Alternatively, the dream might suggest that you are suppressing your own thoughts and emotions.

You actually prevent yourself from speaking out loud. It could also mean others do not let you speak up and deliver your opinions to light.