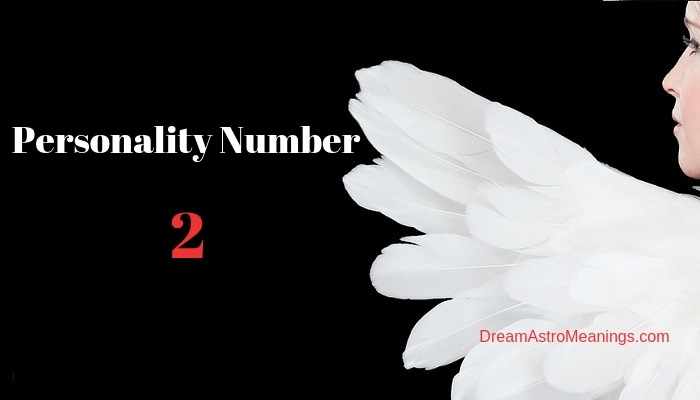 The Two represents the being who lives in matter and who entrusts himself with trust and playfulness to life, could be the master of the Law of Creation, just as a child is at an early age. His task in life is to find a balance between giving and receiving.

The tact and kindness of which it is equipped, allow him to help and understand others, in fact in the workplace is a collaborator, reliable and accurate with excellent quality of analysis.

He can also be an excellent psychologist or work in the voluntary sector or as an organizer. The Child is a traditionalist and his desire is to have a family and a stable relationship.

First evolutionary step in this evolutionary phase in the Two there is the need to live in a protected environment recreating the basics of child safety in order not to face the reality of the external world.

The Child still feels the need to belong to a family nucleus, to a person or to an ideological or religious group.

The second evolutionary step is the recognition of one’s own individuality by facing one’s inner discomforts and confronting one’s own experiences of the past.

This can happen if there is also a physical detachment from the protected environment to which one was bound.

To face to experience the memory of oneself. It will be a complex and not very happy period but it will bear its fruits, maturing the Child and reaching awareness of its value and the ability to be autonomous.

Third evolutionary step finally the two finds its balance by managing at best the freshness and purity typical of the archetype thanks to the confidence gained in itself through the trials tested, can eventually realize its dreams and aspirations walking safely in the world.

Personality number represents the path of life, the key to living well and realizing our profound nature.

The second letter of the Hebrew alphabet is Beth, which functions as a container. The Universe contains all the resources, the energies, the possibilities, the riches that Alef, the All, is, in a way that is not yet manifest and conscious.

Beth contains the Light (all that exists) and the Dark (everything that is not yet reality, but can become). In Beth we realize that every desire, dream, project is good and if we believe deeply, it can come true. Beth is in us “attitude”, always open door, ways, in which we constantly warn and tell ourselves that “everything is possible”, any emotion, thought and dream is achievable.

Because, by the mere fact that we desire a reality, by correspondence, it already exists outside of us.

Their sympathy and manners as well as their humanity make them very easy to be able to open their way both in the workplace and socially although their shyness slows them down at times.

They are very peaceful and tolerant people that make them reflect on many things when it comes to morality between good and evil.

They are usually very analytical and selective, which helps them to have a very developed sense of perception and not to make mistakes often in their decisions.

The two have great virtues and his character is affable, kind, and gentle and shines for his humility. They are people with a lot of tact and tend to treat people with delicacy and with a lot of consideration.

Their diplomacy makes people see them as a reference in education and thus earn their appreciation and esteem.

They are very good at sports that are not aquatic and they are passionate about mountain life or any activity that takes place in the open air.

They love having pets at home and have good hands to tend plants for what they usually have and be present in their homes.

The number 2, the first number that can be divided, means duality, and hence diversity, according to Pythagorean numerology.

For the philosopher and mathematician Pythagoras, the second day of the second month carried a bad symbolism. This was because it was dedicated to Pluto, who is the god of Hell in Roman mythology.

According to Taoism, however, it is representative of cooperation and balance. And it’s the lucky number for the Chinese.

The particularity of what is double can be found in several things. They are examples: good and evil, light and dark, creator and creature, day and night, Sun and Moon, God and devil, left and right, male and female, matter and spirit.

It should be noted that Christ also has two aspects: it is divine and human. The Masonic symbol of the mosaic represents the principles between good and evil. To the extent that this number may indicate opposition, it may also be complementary.

Example of this is the two Chinese poles Yin Yang, which from their union of opposing energies complement each other.

Peer images, such as that of guardian lions used at temple entrances, reinforce their protection value.

However, the separation of both weakens its symbolic meaning. The symbols have acquired a strong symbolism in antiquity.

They had powers and, according to Plato, it was necessary to have a high knowledge to study them. While number two means diversity, the number 1 means unity and the number 3 means perfection.

“The number two” has characteristics such as sensitivity and receptivity, is a lover of peace and harmony as well as loving attention and being protected. He knows how to be very attentive to his neighbor and perceive, by preventing them, the needs of the other.

The Two is represented by the Child and this Archetype spreads the innocent energy with the typical enthusiasm and wonder but as a child is equally vulnerable and can close if it is not understood or misunderstood by the malice of adults, understood in this case as less sensitive perceptive persons.