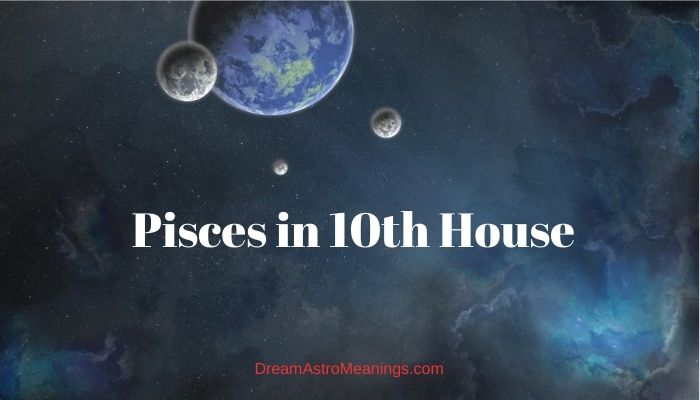 A person tends to escape from a situation of choice, because it is very difficult for him to say yes or no, and his favorite words are: “maybe”, in the sound of which, he hopes, the partner or boss will hear the answer himself … most often it is and happens, but in case of defeat, it is not at all the way a person would like.

In addition, he knows how to say “yes” or “no” and vice versa, and also to present an alternative with a choice of hundreds of possibilities, differing in subtle shades, so that the choice turns out to be complex and floating … as long as a person needs it.

Working out gives a person quite decisive, but able to distinguish very subtle shades of his choice, and most importantly, very attentive to the outside world, in contrast to the low level, when he is attentive exclusively to his emotional state and is guided only by him in elections.

It will be very difficult for this person with a harsh boss, and he will try to swim away from him, but if this fails, he somehow rubbed into trust and softens his heart for himself personally.

Apparent submissiveness creates, of course, the temptation to put a heavier sack on a person, but if the boss knows for sure that as a result this subordinate will all the same evade his burden under one pretext or another, creating only additional troubles and squabbles, then this temptation turns out to be not so and large.

Harmonious Pisces know how to create the appearance of the most active and useful work with just the light movements of their beautiful fins.

As a boss, this person is inclined to appeal to the feelings, not the mind of his subordinates, which is not the best way of administrative management, but brilliant intuition often tells him a flexible way out of any predicament; after all, a subtle hint of the distant possibility of obscure trouble can make a much larger impression on a subordinate than direct threats and shouting.

It is necessary, however, to perceive relations with bosses and subordinates less emotionally and less intrigue (especially at the top of the X house in the dean’s office of Cancer).

At a low level, this person avoids responsibility in every possible way and hates any oppression and restriction of his will.

The study goes along the path of realizing the karmic meaning of one’s actions and the meaning of external restrictions, which are perceived very emotionally and therefore are perceived as constructive with great difficulty.

He is mystically tuned and seems to be at times in the otherworldly world. Not always practical in taking care of work and public reputation.

It is difficult for him to make a choice, because he cannot firmly say yes or no. To the boss quickly rubbed into confidence, softens his heart. He tries to sneak away from the burden placed on him, creating additional troubles and squabbles, so that the authorities prefer to leave him alone.

As a boss, he loves to appeal to the feelings of subordinates, not to reason. Intuition tells him a plastic way out of a difficult situation. He evades direct answers, speaks in hints. A subtle politician and expert in human relations. A staggering work schedule suits him more. He is not punctual, but he will do his job.

In the position of the boss, he pretends that he is ready to listen to everyone, but in essence he uses his ability to speak only to assert his authority. Strange things can happen to his profession and reputation. Professional activity is surrounded by secrecy.

He hides his inner insecurity behind heartfelt rhetoric. It is very dependent on the mood of their subordinates and they often abuse and deceive him. He exhausts his subordinates with his inconstancy and tendency to change his own orders.

It is possible to combine several positions, several professions. A wait-and-see attitude and little use of will prevails. In the middle of life, there will be a struggle through his own fault with the institution where he serves.

In their work, they use any methods, but not with practicality. They do not like to carry loads of responsibility on their shoulders.

Because of this, they do not like to make promises that they cannot control. 10 at home in Fishes is a human characteristic.

Professional activity is involuntarily reflected on the assumptions and sometimes leads to unusual phenomena.

Many of the 10 houses in Fisheries are interested in occult sciences and secret knowledge.

Even the work is surrounded by an uncommon and strange aura. He can be lacquer and unwanted.

This comes from the inability to say firmly his opinion on the current question. It prefers to simply evade responsibility or even if it is possible to throw it on someone else’s laps.

It is difficult to trust his word, because at any moment he can take it back. In general, such people like to use the phrase “it may be”, expecting a real understanding of the meaning from the speaker.

The selection process is not self-sufficient and can be difficult. But not everything is so good, because there is also a positive variant of personal self-development.

The high development of the 10th house in Fisheries promotes the formation of a solution that will help you find the only right one among the paths.

Such a person is not afraid of the responsibility and will never violate this word.

If a leader has a difficult character, then it is difficult for a person to get along with him. It starts to move away for a safe stay.

Sometimes it is possible to soften the boss, then understanding and trust arise. It is possible to open up to the maximum extent only with pleasant and quiet working conditions.

The boss, however, quickly comes to the conclusion that an excessive load cannot lead to a quality result.

The hero will not withstand the responsibility and will save. The 10th house in Fisheries can create visibility of the activity for the work, without tension at all.

As a leader, he is able to give prizes at an emotional level. Ha help can come by natural intuition, able to learn in various difficult moments.

Direct threats do not result in subordinate actions such as hints at a shallow environment.

It is difficult for such people to find a practical concept with workers and colleagues.

It is necessary to engage in intrigues less and to keep emotions.

A low level indicates that the response is intimidating. He cannot agree to the smallest limitation of freedom.

The head of a 10 house in Pisces can come out not bad, but does not have a practical vein. He manages to learn a few professions and often comes to work in a few places.

Such a difference prevents the determination from being determined with the sole reason.

Success can take place in creative professions: musician, writer, drama writer. Women with this aspect become full-fledged householders, but they never get bored, because they are engaged in an interesting side-by-side activity.

A huge number of very different spheres go under Pisces. The water of Pisces is the richest (not in vain it is the Water of the World Ocean), the most saturated.

Pisces, as the last sign of the Zodiac, has gotten a little bit of everything, and a lot of something.

But the disadvantage is that if a person did not realize himself on the themes of Pisces at once, did not choose a “fish” profession (this is more about Pisces on the MC than Neptune in the 10th house), then he may not be realized in social life AT ALL.

Standing on MS Pisces, very often they interfere with their owner with a professional definition, confuse him, create the illusion that “there will still be”.

Therefore, if you saw a Pisces on the MS with your loved one, and especially a child, Pisces, try to make him IMMEDIATELY choose a profession corresponding to the “fish” theme, the good of the spheres is a huge one.

Social ambitions of people, with MC in Pisces, if Neptune is not in some socially oriented Signs, are often limited to dreams of great future happiness (this position will be more important here than Neptune in the 10th house – the Planet is always energy, and with energy always easier).

Before old age, women dream of a prince on a white horse, men – that a million will surely fall on their heads, but at the same time, if they do not immediately go to work in the relevant areas, they are often satisfied with a very low position, compensating for this with dreams.

If their realization passes into the sphere of illusions, then they, as a rule, are not at all burdened by this, but live quite calmly, seeing themselves as a very fulfilled person somewhere in their fantasies.

Once again, I note – neither Pisces nor Neptune in the 10th house CANCEL the opportunity to be realized, but for this he will need to make a conscious effort, or choose the appropriate direction of activity.

There are many spheres for realization in a person with MS in Pisces, starting from everything that is associated with Water, in the broadest sense of the word.

We have already talked about Water when we analyzed Cancer on MS, but we noted that despite the fact that Cancer on MS will help a person to realize himself in everything that concerns Water, his direct signification is pure drinking Water.

Pluto (Scorpio), by the way, also rules Water – only this is already a sewage system and any other dirty Water. But Pisces is both clean and dirty, and drinking and technical, and fresh and salty – absolutely ANY Water, and any activity associated with it.

These are sailors and fishermen. These are fishmongers and owners of commercial aquariums and aquariums (well, workers, of course). These are people who grow fish, as well as fish supervision and everything connected with it.

These are people who work at water-pumping stations, at treatment facilities, carry out Water and bring Water be a swimmer or pearl divers, as well as work in the pool (even in the wardrobe) or be a swimming coach.

Fish are excellently used in medicine. Starting from the fact that medicine in general, as an element of compassion and help, goes under Pisces. So are the specific professions that are under the signification of Pisces.

The fish on the MC, being responsible for the feet, can give the profession a shoemaker, shoe salesman, shoe store owner.

Under Pisces, there is a related branch of medicine – pharmacology.

Here everyone who makes drugs, develops drugs, sells drugs, delivers drugs, etc. under Pisces, all chemistry goes – therefore, on the one hand, there are medicines, on the other, everything that is connected with chemistry.

In addition, paint and varnish products, all oil products, gas – and everything connected with them.

Cosmetics can be different – it can be decorative and therefore fully correspond to Libra, it can be professional make-up – and even Leo can meet here.

It can be completely natural – something to take care of Virgo, as a lover of everything environmentally friendly.

Or maybe Fish is both decorative and make-up and everything that is made on the basis of chemical products.

Pisces on the MC can give work in closed institutions (since Pisces symbolically corresponds to the 12th house).

But the essence of the Neptunian institutions is not in their regime (which is typical for Saturn), but in some shade of compassion – hospitals, spa treatment, hospitals for mentally ill people, rehabilitation centers for drug addicts, alcoholics, etc.