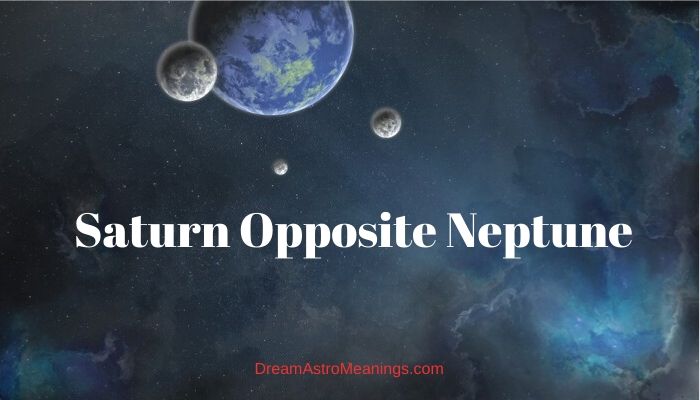 The planets and the stars influence all life on earth. Our ancestors noted this fact long time ago. They gathered their observations about this influence which later became a part of a study named astrology. The oldest written records of its existence originate from Babylon.

Today, astrology doesn’t have the status it once had. For most people it is a topic for entertainment and starting a conversation.

Most people don’t know that astrology can give so much insight about individuals and events that might happen in the future.

Astrology analysis can reveal personal traits, interests, desires, focus and the destiny of an individual. It can also reveal the outcome of situations, events, or relationships.

The basis of astrology analysis is making a natal chart. The chart represents a map of the sky in a certain moment; usually someone’s birth.

The meanings of the planets, the aspects between them and their placement in the houses of the natal chart can give a lot of information about most questions.

The houses with planets are very important because they show the areas where the focus of attention is likely to be. These houses could also indicate possible events the person might experience during their lifetime.

When analyzing an individual chart, it is important to analyze the personal planets in the signs of the Zodiac (Moon, Sun, Mercury, Venus, and Mars) because they reveal details regarding the person’s character, their personal appearance, their attitude towards people, interests, and other facts.

The aspects are angles between planets and can be divided in major and minor.

The aspects are also divided in regards to their nature on harmonious and inharmonious aspects. The harmonious aspects enable prosperity and progress. They create fortunate opportunities for achieving success and accomplishments of desires and goals.

These aspects help the energy of the planets interact and give the best in their nature.

Inharmonious aspects have a different influence; they often create obstacles and prevent people from achieving what they want; they cause delays and obstacles which require patience and hard work.

The major aspects are conjunctions, sextiles, square, trines, and oppositions. Opposition is a challenging aspect formed when the planets are at a distance of 180 degrees from each other, directly opposing one another.

Oppositions are difficult aspects to handle because they prevent the energy of the planets to express at the same time; both planets fight for supremacy and expressing their qualities with this aspect.

Astrology can be used for analyzing the potential of relationships. The technique which occupies with such analysis is called synastry.

This is why the astrologer first analyses the individual birth charts of the two people and then compares their charts.

The analysis of individual charts gives information about their personalities and the astrologer gets a picture of their preferences in relationships.

The basic comparison of the charts consists of calculating the aspects between the two charts and analyzing the meanings of the planets in one chart placed in the houses of the other. This reveals the areas of life which the relationship will most likely affect.

They are not tolerant to each other’s differences in nature and tend to criticize one another which in the end leads to breakups. If the majority of aspects are harmonious, this is in most cases a sign of compatibility and longevity of the relationship.

The partners respect each other and tolerate their differences accepting them as part of their personalities. They want to cooperate and make compromises to maintain their relationship. These relationships are usually lasting ones.

In some cases, no significant aspects exist between two natal chart which in most cases indicates lack of attraction and interest between two people.

Saturn is a big-sized planet; only Jupiter is bigger. The planet Saturn has a ring system which is created of rocky debris and ice. This planet also has 82 moons and the largest of them is Titan. Saturn doesn’t have firm ground.

Saturn, the god, was the deity of agriculture for the ancient Romans. Saturn the planet also rules agriculture and all matters concerning soil and earth.

The house where Saturn is placed reveals which areas of life will require responsibilities, duties, patience, taking care, and determination; these are the areas where the person might experience obstacles and restrictions, which they need to overcome or deal with.

Saturn people are serious and possess a stable personality. They keep both their feet firm on the ground and not many things can discourage them.

These people know where they are at any moment in time. Their mind is organized and they perform their responsibilities on time.

Saturn is the planet of hardships and these people often encounter some during their lifetime.

They usually need to work harder than others to achieve their goals. They have a tough personality and rarely complain. They possess endurance and strong determination to succeed. They possess leadership qualities which often bring them in such positions.

Neptune is almost the coldest planet of all; the coldest is Uranus, but Neptune is very close. Neptune is mostly made of ice and rocks, and its composition is mainly helium and hydrogen.

Neptune, the god, was the ruler of sea and water for the Romans. Neptune, the planet, also rules water and all things related to water.

People influenced by Neptune exhibit many of its traits and are often confused and absent-minded. They can be very sensitive and possess artistic skills.

If Neptune is afflicted these people might be prone to isolation and addictive behavior to avoid dealing with their problems.

When Neptune has challenging aspects the person might be prone to manipulating others, as well as lying and deceiving people. These people are sometimes prone to criminal behavior.

They might easily persuade others to join them in their criminal activities or their addictions because of their manipulative nature.

These people often have strong intuition and psychic powers. They are often interested in secret knowledge and many of them practice it. Many of these people use their knowledge and gifts to help other people as healers and spirit workers.

Because Neptune is a generational planet is inspires global transformations in areas ruled by Neptune or the sign it currently transits.

The planet Saturn in opposition to Neptune in synastry is an aspect with not much significance.

Both of these planets are generational planets and have much more impact on the Society than on individuals.

This aspect might bring their differences to the surface. They have opposite characters and in case these planets are rulers of their natal charts this might become obvious.

Saturn is strict, distant, organized, responsible, and precise; Neptune on the other hand is absent-minded, often irresponsible, disorganized, disoriented, lacks focus and order.

These two have completely opposite nature and this aspect will only accentuate these differences.

The differences between them might be the cause of conflicts and will certainly be the reason for criticizing. The Saturn partner will be the one to criticize and Neptune might respond with isolation and removing themselves from the situation.

The aspect between Saturn and Neptune in synastry has a challenging nature.

The fortunate thing with this aspect is that the planets Saturn and Neptune have more impact on Society than on individuals which is why it usually doesn’t have much effect and influence on the relationship.

Because it is an opposition it and the two planets have completely different natures this aspect tends to accentuate these differences and bring them to the surface.