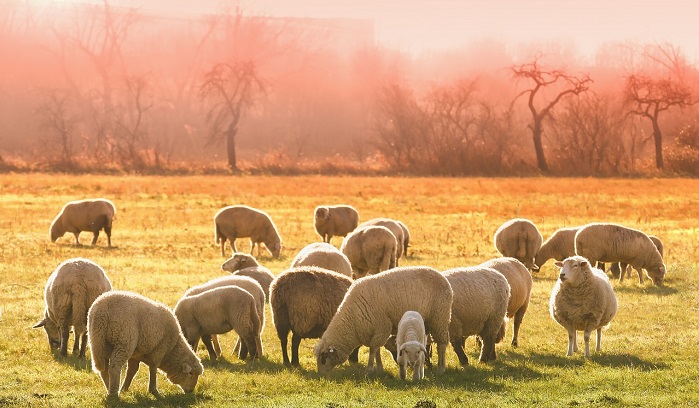 One of the most benevolent and calm domesticated animals, sheep has been playing not only an important role in material terms, but also in symbolical sense, since far past, until the day.

Sheep embodies the very idea of things that are simple, but so precious in their simplicity. Sheep is commonly associated with routine, everyday life, the essentiality of existence and things that are good and pure.

Perhaps sheep are unrightfully neglected in modern day symbolism, even though they play an important role in human life in general.

Sheep are usually portrayed and seen as calm, gentle, good animals. They are present in various cultural conceptions, mythical and belief systems.

In Christianity, sheep are associated with goodness and purity, while one of the oldest Ancient Egyptian deities, Khnum, the guardian of the river Nile, was portrayed as a ram headed man.

In various other traditions, sheep and ram are widely present. These animals are adored and worshiped by many people.

Sheep symbolism is present in various belief systems and in popular culture. Sheep has been domesticated by humans since the early Stone Age.

This animal is present in some of the earliest mythological systems and represents an important symbol in various cultures. To some, sheep was a ritual animal.

In Ancient Greece, a sheep, alongside with a bull and a pig, was being sacrificed to the god Mars.

In Ancient Greek mythology, a sheep is associated with Heracles, while the god called Aristeus was believed to be the protector of sheep herds, shepherds and bees. He would watch over them and make sure they stay safe from predators, such as wolves, severe weather conditions and evil spirits.

In the Bible, sheep are mentioned over five hundred times, more than any other animal!

Having in mind that sheep were very important for Hebrew agriculture, it is not strange at all. 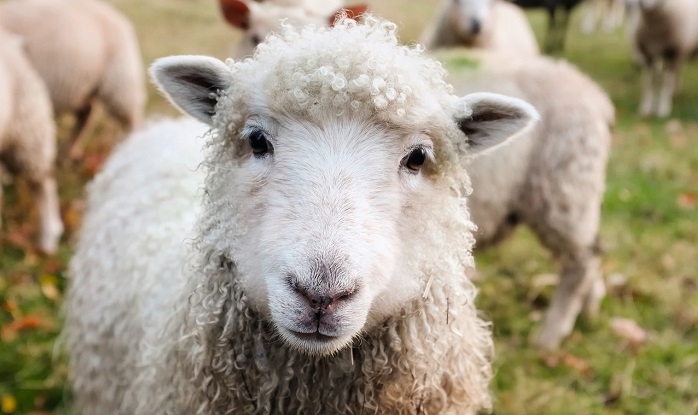 Sheep are commonly found as a motif in art, while Christ is often portrayed as a shard with sheep or carrying a lamb. He himself is metaphorically described as the Lamb of God.

Sheep motifs are widely present in art, since they have always been so important to people, regardless of their culture, tradition, religious and spiritual beliefs. Sheep petroglyphs are even found on archeological sites of prehistoric societies.

These animals are depicted in artworks of some of the greatest painters of all times. They are seen as motifs on beautifully illuminated manuscripts from early medieval period, on amazing stained glass decorations of cathedral windows, on ancient mosaics, as well as in paintings of great renaissance masters, in works of Asian painters, in romanticism era works, as well as in contemporary art.

All these pieces of art are a testimony of true importance of sheep symbolism in human world.

In ancient mythological systems, sheep are associated with many things and they play important cultural and legendary roles.

One of the most widely known Greek mythology tale is that of Jason and the Golden Fleece.

This legend is particularly old and it has different versions. According to some later versions, the golden winged ram was an offspring of the sea god Poseidon, while Jason had to get the golden rams’ fleece in order to acknowledge himself as the rightful ruler.

From this ancient Greek tale we see sheep had important mythical significance since ancient past. The winged golden ram from this ancient story is actually the one that has later become the constellation of Aries.

Sheep is also present in Chinese Zodiac, although this one is most commonly seen as a goat, but it is the same sign. Sheep, goat or ram in Chinese zodiac is a fortunate sign, associated with quietness, calmness, patience and peace.

As you probably know, sheep is considered a positive symbol in the Bible. The special spiritual bond faithful ones have with Christ is metaphorically represented as sheep herd and their good shepherd.

Sheep inhabit large parts of our planet and are in tight connection with human environment, since being domesticated long time ago. Some people depend on these amazing animals, while most of us usually take sheep for granted, even if we eat sheep cheese and yogurt, wear soft and worm wool cardigans and coats and so on.

Sheep are sometimes seen dumb or stupid animals and we usually use them as a metaphor for a person that blindly follows a leader, a concept or else.

This idea of community and unity is symbolically dual. As we have seen, a sheep herd could be a metaphor for bonds between people and for rightful, positive guidance, but also for blind obedience and lack of free will.

It depends on a cultural conception, of course. Sheep symbolism is rich and now we will present some of the most common ideas about these docile, calm and peaceful animals.

Sheep represent innocence, purity, fragility and naive. If you think of a little lamb, that is probably the first ‘set’ of meanings that would come to your mind. A lamb is universal symbol of such ideas.

It is vulnerable and soft, fragile and tender. It needs protection, care and love, otherwise, it cannot survive. A lamb also represents our need to be loved and cared for.

Lambs symbolize virginity, divine purity, light and everything that is unstained by any sin. It is a very common metaphor in art and literature. While we commonly think sheep are only naïve and obedient, that is not exactly the case.

Sheep are not always so easy to deal with and they do not necessarily act calmly and friendly in relation with humans.

However, most of the time, they are calm. We identify sheep with the concept of obedience and following the rules. Sheep also symbolize fearfulness and respect for an authority.

In addition to obedience, sheep symbolize loyalty, devotion and justice. They metaphorically represent those who know their place.

These animals also stand for being modest, humble and not seeking much from life. Sheep are symbol for something opposite of ambition, not necessarily in a negative way. While we could interpret this sheep meaning as lack of ambition, we could also see it as a gift.

It means sheep represent the idea of being capable of appreciating what the destiny has given us.

Sheep symbolize the power of unity. These animals are social and they live in large groups.

They embody the idea of the strength of a community. Without or friends, we are helpless. Without our dear ones, we are alone. Without support, we are weak. Sheep represent the power that only a group of individuals could grow.

On a negative side, the same concept represents lacking individualism and falling for causes you do not even understand.

These quiet and generally non-aggressive animals symbolize peace and harmony. Sheep do not attack other living beings, except if they are threatened or in danger.

They symbolize the simple beauty of life; the routine, life without dramatic changes, stability and steadiness. They remind us of the importance of essential things in life and make to realize what we already have.

Black sheep meaning is a specific one. Black sheep motif is a common metaphor for anything and anyone that does not fit in. If you stand out of the mass, you are a black sheep. Black sheep symbolizes contradiction, resistance and argument.

On a positive side, a black sheep could be interpreted as something remarkably unique, extravagant, something and someone who dares to step beyond borders.

On a negative side, it represents negativity, bad luck, not being able to fit in, feeling abandoned and alone.

Sheep totem is an interesting one, having in mind our ambivalent thoughts on these animals.

However, Sheep totem offers some amazing gifts. If you learn how to use them in a good way, your spirit guide will definitely help you develop your skills and talents. In the first place,

Sheep totem makes us realize life is simple and that its simplicity is what makes it beautiful. Sheep tote, teaches us peace, patience and calmness.

People guided by this totem are friendly, sociable individuals who hate to be alone. They simply do not feel good if left on their own for long periods. They are true extroverts and their energy comes from communicating with others and sharing their experiences.

They need others’ care and love and they do not think twice about sharing what they have to offer with others. They are known to be loyal and understanding friends.

Sheep people sometimes appear naïve and they really could be like that. They have a positive attitude towards life, so that makes them believe everyone has good intentions, all the time. This could bring them booth luck and harm.

Their unbeatable optimism could make them vulnerable to ill intentions of some people, because they do not even believe such a thing exists.

They could fall into a great despair once realizing life is not a garden of roses. However, in most of situations, their good intentions and positive approach works fine. They do not despair in advance or worry too much.

If they have set their mind on something, they will work on it with passion and dedication.

They are generally emotionally stable and not known to lose temper. Everything Sheep people work on is done with patience and devotion. They do not rush or risk, which is also a tricky situation.

Because of their calm character, Sheep people could miss out some really good opportunities because it is not in their nature to make dramatic changes and grab opportunities.

On the other hand, they rarely feel bad about it. They are capable of embracing life the way it is, but they would always work on making sure themselves and their loved ones are provided with what they need.

The difference lies in what are they satisfied with; they do not need much to feel happy.

Sheep people value family and friends above everything else. They are good to have around, because they are caring and loving and can be funny and make you feel relaxed.

In addition, they are extremely supportive and caring of their closest ones. They would never ever leave a person they consider their friend. Sheep people are incredible parents and partners.

Their benevolent nature makes them great humanitarians and people worth of respect. Of course, Sheep people have their flaws. In addition to sometimes being naïve, they could also become extremely stubborn. If you get to make them angry, that is as if you have awakened a volcano.

These generally calm, down to the ground and non-aggressive people could become truly unrecognizable if angry. They could be very stubborn and there is no way you could persuade them they are wrong.

Chances you make them upset are minor, but you definitely do not want to experience that.