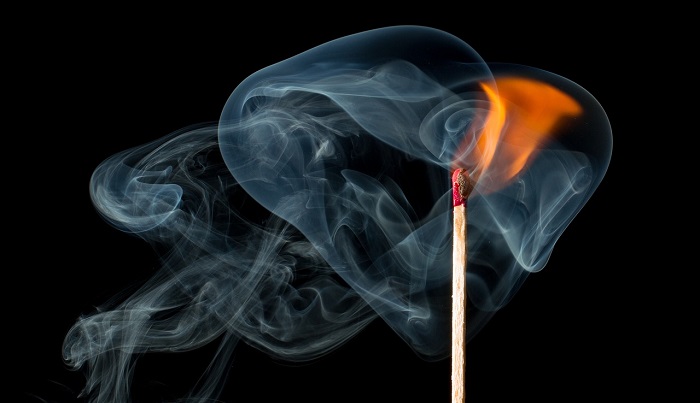 One of the most intriguing senses of human beings is definitely the sense of smell. Why is it different from other senses? We are given senses so we could survive in this world, in the first place.

Well, it is a little bit different for humans, according to evolution theory.

Most of the animals greatly rely on their sense of smell in order to survive. They use it to find food, to track their prey and to sense danger miles away.

Your pet probably has at least forty times better sense of smell than that of yours; the comparison between a dog’s sense of smell and ours is about that.

The sense of smell is not of survival importance to primates. Humans have the least developed sense of smell. We more rely on our sense of vision and hearing and even touch.

However, the sense of smell plays a special role in our lives. It has great emotional and energetic potential.

Different smells provoke all sorts of emotions in a human being. Some scents remind us of something or someone, some are signs of danger, which could be associated with the instinct for survival.

However, some smells occur to us for no logical reason. You sometimes smell something that is not there. It is a common phenomenon, but people usually do not bother analyzing it.

Some people have particularly well developed sense of smelling mysterious scents, those without an actual source.

This is called clairalience; we could call it clear-smelling, as well. This means you can sense scents that are not physically present.

Such smells are considered spiritual and clairolfaction is the ability to recognize such smells and process their energy. 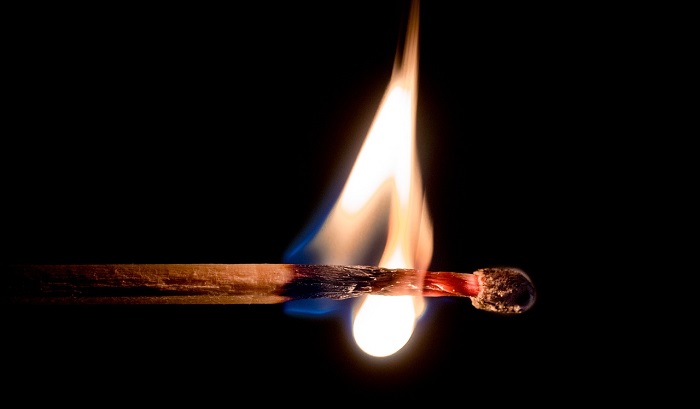 There are many scents that could be considered spiritual. Some of them are pleasant and calming, others are disturbing and repulsive.

Our guardian angels are very likely to use the sense of humans’ smell as a channel of communication.

They would most likely send you a mysterious smell of flowers, roses, in particular. Spiritual smells are also those sent by loved gone ones.

Spirits of the people passed away often dwell in between the worlds, seeking redemption or forgiveness or trying to protect their alive dear ones. Mysterious smells could also be messages from such spirits.

For example, a scent of familiar perfume that reminds you of someone could be such a phenomenon.

If you realize there is no one wearing the same perfume in your current surroundings, but you still feel it, think about of whom it reminds you.

Think about that person. Think about your relation with him or her at the time the person was alive. See if there is anything unresolved, something that could bother their soul.

Think of your own feelings; maybe it is you who do not want to move over and let them go.

These are all mostly positive spiritual scents, which have a purpose of resolving things, moving forward, encouragement and guidance.

However, scents that are more malevolent also have a spiritual dimension. The scent of fire and ash and smoke could be a sign of danger. It could even be associated with devilish and demoniac forces.

One of particularly intriguing and strange scents is the smell of sulfur.

This unpleasant scent is commonly associated with negative energy and forces, or at least, with very obscure ones.

Let us find out more about the symbolism of sulfur and its scent’s meaning.

Sulfur is definitely one of the most symbolically controversial chemical elements. Let us briefly go through its actual importance in humans’ lives.

This element is widely used by humans.

Sulfur is an ‘ingredient’ of two important amino acid as well as many important biological compositions.  It is a bright yellow mineral and it could also be very toxic.

Therefore, we could think of sulfur as an element of dangerous importance. It occurs in pure form, but also as sulfide and sulfite.

Sulfur is one of the essential alchemical elements. Being an element important in human life, sulfur in alchemy represents the complexity of human being.

Along with mercury and salts, sulfur represents the part of the holy trinity as seen in alchemy.

A particularly interesting and obscure alchemic idea is that of the alchemic wedding. The aim is reaching enlightenment, perfection, total transformation of the soul.

This is reflected in dualities that are meant to merge, to transform and become one. Sulfur and mercury are examples of this duality.

They represent two polarized forces of the soul. During the process of transformation of elements, mercury binds sulfur and vice versa.

The symbolism is clear; two polarized forces have to die together, as enemies and as lovers at the same time. The aim is that they become one. This applies to all dualities.

Only final unification of contrasted elements could bring ultimate enlightenment and the satisfaction to the human soul, alchemists believe.

This is the basic principle of alchemic wedding, which is the last and the final level of the transformation of the human soul.

Sulfur in the Bible

Sulfur has a pretty negative connotation in the Bible. The expression of ‘fire and brimstone’ is related to the wrath of the god in both the old and the New Testament. Brimstone is a synonym to what we know as sulfur today.

In the Bible, it is associated with lightings. The smell of sulfur occurs after a lightning strike.

The lightning itself has been associated with the wrath of gods in many religions, not only Hebrew and Christian.

The idiomatic expression of ‘fire and brimstone’ symbolically represents damnation and judgment. It could also be associated with works of the Satan. However, there is a logical explanation to it.

The ‘channel’ could be found in volcanoes. It is very easy symbolically to connect a terrific and devastating event such as a volcanic eruption, followed by the smell of sulfur, with fires of Hell.

People in Biblical times were familiar with this phenomenon and so the ‘fire and brimstone’ expression became an important motif of Christian sermons in which sinners are being condemned to the fires of Hell.

As far as we can see, sulfur is a strange element of not so positive spiritual meaning.

Besides its mystical alchemic interpretation, sulfur is mostly associated with the underground and hell, since it comes from bellow the earthly surface. In addition, its smell is repulsive and sickening.

Moreover, sulfur is a toxic element. What does it mean to smell sulfur, then?

We speak about smelling the sulfuric odor without any obvious source of the smell itself. It could be similar to smelling smoke, which is also sometimes associated with the Smoke of Hell.

Smelling sulfur in place where there is no physical source that might produce this characteristic odor could suggest you are actually near a portal to this dangerous other side.

According to spiritual interpretations, there are places in which borders and walls between our earthly world and that of Hell are transparent in a way, very thin.

In such places, people could feel the presence of devilish forces, in form of signs that could awaken our senses.

Foul smells like that of sulfur are often directly associated with demoniac forces that are present in your surroundings. The other common foul smell of the sort is that of rotten meat.

These smells could occur in places where demons rule, according to demonologists.

The phenomenon is often associated with demon-haunted places, which is different from those visited by spirits of the deceased.

Since the smell of sulfur often carries this negative connotation, your clear-smelling sense could be an intuitive reaction to some potential dangerous situation.

The smell of sulfur is a sign of danger; it could be either a situation you should immediately run from or do something about or it could be a warning sign. Think about it. Think about your current life situation.

If there is nothing you feel threatened by and you cannot find a reason to be afraid for yourself, think about people you care for.

The unexplained smell of sulfur might be a message, a warning sign from your guardian angel; it was sent to you in order to awaken you and make you alert.

Although unpleasant and puzzling, it could save someone from a great trouble.