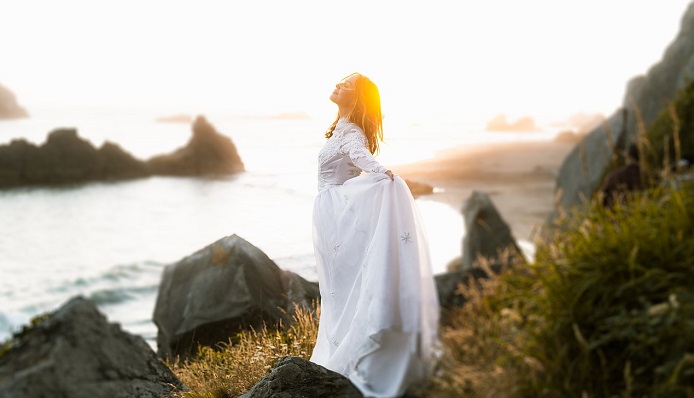 The sense of smell is one of evolutionary oldest and the most important senses, vital for survival.

In most of animal species, the sense of smell plays crucial role in finding food or chasing their prey. It is also important in animals’ mutual communication.

However, in the world of primates, it does not play survival roles; it is in the case of predators that smell is the essential sense.

In primates, just as in humans, the sense of smell is secondary to other senses; the sense of vision, hearing and even touch are more important.

Humans have the least developed sense of smell of all primates.

Science has discovered that our genes have started transforming into so-called pseudo genes about six million of years ago, due to the evolutionary process.

Interestingly, the sense of smell is highly developed in newborn babies. However, they lose its brilliance as soon as they reach the age of one year.

Over the years, as a person grows older, the sense of smell becomes even less precise and developed.

It goes into regression, as we lose smelling fibers in specialized sense of smell nerves.

Knowing this, it makes it even more interesting to talk about spiritual smells; smells that are not actually there.

Some people are capable of registering smells that have no obvious and real physical source. 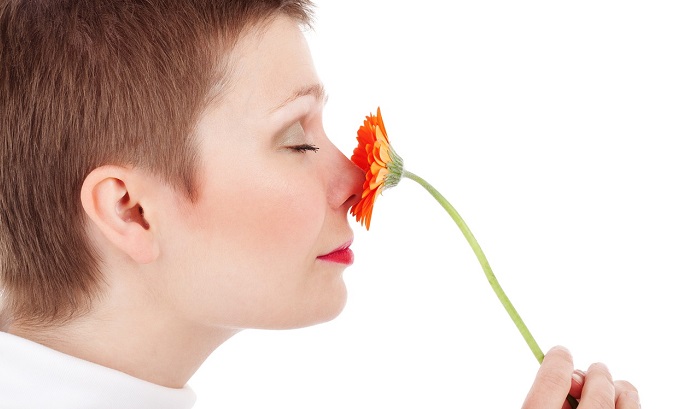 It happens to many people, but some have this ability especially well developed. It is something we could call intuitive smelling.

You certainly remember the strange feeling upon smelling a familiar scent that reminds you of something, but you cannot recall what it was about.

This is a common phenomenon, but some people could actually feel and recognize the energy of the particular scent. This special ability is called clear-smelling or clairalience.

Clairalience is special ability to sense scents and smells that are not physically present and you can actually read some message in it.

While mystical scents and smells point out that you probably have this ability, there is definitely something more to it.

Occurrence of mysterious scents is sometimes there only to prove you possess the ability of clairalience, so you can pay attention to it and nurture it.

This ability is considered psychic and it represents a special way of communication with energies and forces we cannot rationally comprehend.

The sense of clear smelling is another medium to communicate with spirits, especially those of the deceased loved ones.

Spiritual presence is revealed to people in various mysterious forms, because ghosts and all sorts of immaterial, abstract energies cannot present to us in physical form.

One of the most common phenomena is registering a scent that recall memories of the most loved ones.

For example, one senses the scent of a perfume someone used to wear, someone who is gone.

At first, you probably think that someone present wears it or that something in your surrounding might be perfumed. Once you realize there is no such source, you can assume that is your clear-smelling sense ‘speaking’.

It possibly means that the spirit of that particular person tries to communicate with you, for one reason or another.

The ability of clairalience is one of the most powerful channels of communication with the ‘other side’.

If it happens so, you could ask yourself about your relation with that person.

Sometimes it is even more symbolical; it does not always have to be someone who is literally gone from this world, but someone you have separated from once and for all.

In the latter case, it is not the spirit trying to communicate with you, but your own soul tries to settle some things down and help you process your feelings.

In this case, the experience is not that mysterious, but it still activates your clairalience sense.

There is a special category of smells that are actually considered spiritual. Let us learn more on them.

Besides smells that activate our clairalience sense and that are usually associated with spirits of people who are gone, but try to communicate with us, in order to redeem themselves, to find peace, to watch over us or else, these mysterious smells could be the proof of the presence of some even more mystical force.

Sometimes, such smells are the sign from our guardian angels, from mysterious entities that watch over us and guide us.

Each person has a guardian angel, according to spiritualists. You might not be aware of that, because angels rarely come down to earth and take any physical and visible form. However, they protect us.

It usually happens you start seeing strange signs in the time of crisis. It could be anything from repetitive numbers everywhere, objects you see all around or else.

Your angel wants to tell you that you are not alone.

Spiritual smells could be a sign from your guardian angel. This mysterious force tries to find a channel to talk to you.

Since the sense of smell is a very emotional one in humans, to say so, it is one of the best channels.

Therefore, the angel sends you particular scent to show you heavens care for you. It is usually a pleasant scent, of course, but one you could easily distinguish from others and register.

Spiritual smells, along with the ability of clear smelling could also aid in recognizing a danger or a threat.

For example, mysterious scent of smoke, fire and ash sometimes indicates a danger is nearby.

Some people even associate the scent of smoke with the Smoke of Hell, which would mean you have stepped close to a place where the wall between this world and the ever-burning one is thin.

The most common spiritual smells

There are several categories of scents that are very likely to be considered spiritual.

These scents are what people with clairalience could easily recognize as spiritual ones, finding no actual source of those.

These are all common smells, so it is very important to focus on them and try to read their energy, after realizing there is no physical source of the scent. These are the most common.

Floral scents are usually considered pleasant and calming, if, of course, it is not a scent you find particularly repulsive.

Floral scents could awaken negative emotions if they awaken memories that induce them.

For example, if you smell the scent of particular flowers someone who is gone was passionate about, it could make you very sad, even depressed.

However, there is a positive intention in it; the smell comes to you because you have to process all those feelings and move forward.

You should not dwell in the past; it is good to remember someone dear, of course, but you should not let the memory has you stuck in one place.

Guardian angels also send us floral scents, in order to communicate with us and offer us guidance. One of the energetically strongest spiritual floral scents is the scent of roses.

Roses are considered flowers with particularly strong spiritual vibration; roses themselves have many spiritual and symbolical meanings.

For example, you could smell the scent of roses during mediation or while praying.

It could also come out of nowhere in a situation you find special for any reason, be it a god or a bad one. It may be your guardian angel trying to show you the way.

It could be simply a sign of encouragement from your spiritual guardian or it could be more frank, if that is possible.

Try to locate the source of smell, even if there is not a real, material one. Try to follow it; maybe your guardian wants you to find something or to point out something that could be very important for you.

Scents of particular places are commonly sent to us from our guardian angels. It could be a strange, yet so amazing phenomenon.

You find yourself at one place, but you actually sense the scent of some entirely different environment!

It could be a message, not only your sub conscious memory, which it partially is. It is very interesting that people could sense the scent of places they have never been to, but somehow that particular scent reminds you of one place.

Let us give you an example of each. For example, you suddenly sense the scent of your kindergarten, although you are an adult.

It might be a comforting sign; your guardian angels wants to tell you someone is watching over you and cares about you, just as it was when you were little.

You could also sent something that reminds you of a foreign place you never been to.

For example, you smell blooming cherry trees of Japan and you have never been there.

You also definitely know they are Japanese ones, not those you have in your place. Perhaps the journey is ahead!