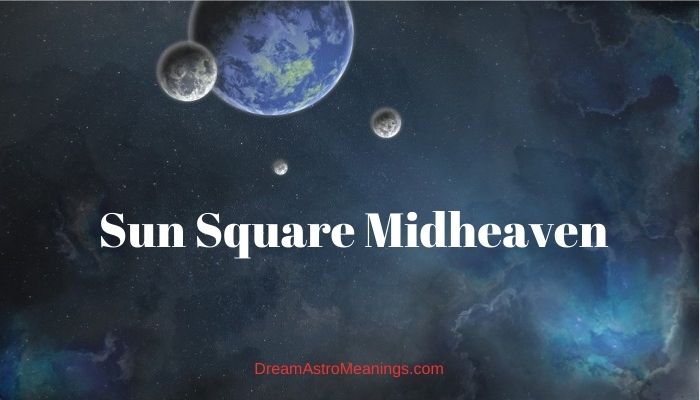 Every aspect of the Sun emphasizes the inner self, personality and ego. All aspects have something to do with the properties and use of will, with the “self” of a person.

The sun is the principle of the potential of forces and the development of power.

No matter how successful the horoscope may be, if the Sun is weak, a person will not go far, he will not have enough courage and energy to take advantage of the chances that life will give him.

In the natal chart, the sun sign shows the ego, the external self and the basic aspirations, that is, the vision.

However, the Sun sign alone is not everything that makes a person, so it is pointless to interpret one’s natal chart only according to the Sun sign, which is what popular instant astrology deals with.

All other planets and their interrelationships are an indispensable part of the interpretation of one’s energy footprint, especially when we consider that there are an infinite number of combinations of planets, points, moon nodes, signs, houses, and aspects between them. You are unique.

The sun symbol is a circle with a dot in the middle that symbolizes the Spirit and All That Is (Source), and our unique existence in the middle of All That Is, but also our ego in the world.

The sun in the natal chart symbolizes (with its sign, position in the house and aspects) the central coordinating archetypal force, just as the sun in the sky anchors the other planets in its orbit by its gravity.

The sun shows our ego but also the Soul at the same time! In other words, it shows the VISION we had when we decided to be born. So the sign your Sun is in shows the main archetypal story.

If you have the Sun in the sign of Libra, read what are the main characteristics of the archetype of Libra and what it came to bring to the planet – what is the basic vision behind the desire to incarnate?

In this particular example, Libra will draw into his life experiences through which he will learn the art of relationships, how to mediate, be fair and balanced, how to see both sides of a situation and, accordingly, how to make holistic decisions. It is a vision that the Sun sign of Libra has.

This person is inclined to exert a strong influence on the environment, his authority is high, and his social position is strong. The professional positions are stable.

Often such people tend to engage in politics and social activities. They are very famous and popular, even if their fame is scandalous. Learning to lead a correct lifestyle is very important for personal development.

A career is of great importance for such a person, he is looking in every way for ways to express himself in society. People willingly follow him, as he easily dominates them.

Learning to be a good leader is very important. Praise and success with others is especially appreciated by such people.

They know how to take responsibility, but they can hardly tolerate the role of subordinates. They achieve the best results in independent work, in which they can show their individual style. Men have a significant impact on their lives, especially when they are young.

They testify to dexterity in expressing their ideas and good luck in official and professional matters. They point to a creative, temperamental nature, capable of leading others and showing dexterity in politics.

The career achievements of such a person sooner or later make him popular, at the same time professional success ensures the expansion of the home sphere and is the basis for happiness in marriage.

Such a person easily assumes the role of a leader and, with the accompanying strong factors of the horoscope, can become an extremely effective director, manager and administrator.

Success in the service sphere comes easily; in achieving the desired, such a person rarely comes into conflict with people. Parents have a beneficial effect on him, contributing to the development of his self-esteem.

Congenital laziness can cause some difficulties. Since success itself goes into the hands, sometimes it seems that there is no point in making any efforts, and therefore there is a temptation to go along the line of least resistance.

It is a mistake to consider squaring as a negative aspect. It creates tension in the soul and severe stress if a person does not achieve what he wants for external reasons.

However, overcoming obstacles, the native gains invaluable experience and becomes confident in the ability to cope with evil doom, unlike trine carriers who give up at the slightest difficulty.

To tame the Sun – MC square, you will have to cultivate will and perseverance. The meridian of the Midheaven runs along the cusp of the 10th house of fame and honor, the main star of the horoscope symbolizes personal activity, values ​​and goals.

The tense aspect hinders the easy fulfillment of the destination, creating problems on the way to the dream and a threat to the good name. This happens through the circumstances, people around and even internal complexes.

It is extremely important to know the ways of working out in order to still grab luck by the tail. In 90% of cases, a native from childhood is faced with an unfavorable situation in the house and the outside world.

Difficult and tense relationship with the father, who does not accept his hobbies, and if there are additional negative connections with the Moon, then not everything is smooth with the mother.

At a high level of awareness, there is a desire to change the world and become a powerful person whom no one will offend. If spirituality is weak, then for the sake of achieving this goal, the owners of the Sun-MC square do not disdain by any means.

The main thing is the satisfaction of ambitions and the crown on the head. A twofold situation of victim and executioner is created: others are oppressed, or the person himself becomes a tyrant.

The inability to regulate the pressure of the enormous energy generated by quadrature forms antisocial behavior and the bad habit of doing everything in one’s own way, even in spite of apparently reasonable advice.

This is especially clearly manifested when the Sun and the Midheaven touch the signs of fire and the constellation Capricorn, or there are additional tense aspects with Saturn and Mars.

The main dangers of squaring: conflicts in the family and at work, mainly with bosses, authoritative partners, who can subsequently block the possibility of professional growth.

difficulties in recognizing the merits on the part of parents and others, and if the Sun is in Virgo or the 6th house, constant criticism even with obvious successes; luck escapes the hands of a step away from the result and you have to start all over again, or defend the right to win with a fight; enemies and envious people among influential people.

difficulties with choosing a profession, communicating in a team, keeping friends, especially when the Sun is in the 7th house; friends turn out to be rivals in personal life and competitors on a career path.

Egocentricity, based on inner vulnerability and insecurity, deprives a person of the opportunity for a successful partnership, in which he will reach the top faster than alone.

The influence of the Sun – MC square on personal relationships Despite the difficulties in communicating with the father, he is karmically the most important and important person in life. Through him there is spiritual growth, which contributes to later promotion and success in his personal life.

In the male chart, the aspect portends confrontation with the boss, as well as problems in family life if the native begins to suppress others, which happens very often, since the addiction to power and a sense of one’s own impunity with the square of the Sun happens very quickly.

Divorce can lead to unpleasant litigation and loss of reputation. Working out the square Sun – MS Salvation in faith in yourself. Creative and professional self-expression, even without feedback from others, waiting for parental approval and applause from the outside, will ultimately lead to unexpected public recognition.

It is necessary to cultivate a philosophical attitude towards social injustice, and in case of intrigue or denigration of reputation, to defend your name and business without excess of negative emotions and lust for destruction.

Respect for others and humility of pride comes through taking good advice and putting it into practice.

It is important to maintain good relations with your father, try to forgive him and understand.

This removes a huge block of karmic obstacles on the way to the goal.

Sometimes, in order to fulfill the destiny, it will be necessary to go against the father’s will, but in this case it is also important to avoid lengthy quarrels.

Opponents and competitors disguised as friends will also contribute to understanding their strengths and, in the end, with the right approach from the native, turn out to be catalysts for success.

Jewelry with amber and citrine will help to awaken the positive power of the aspect.

Fear of failure is often associated with fear of losing your father’s respect. In the female chart, the square Sun – MC also symbolizes conflicts with her husband.

Probably, he will perceive the success of his wife as a threat to his primacy, or hinder her creative self-expression.

Therefore, in this situation, you must initially carefully choose a partner, having discussed all the conditions of marriage before painting.