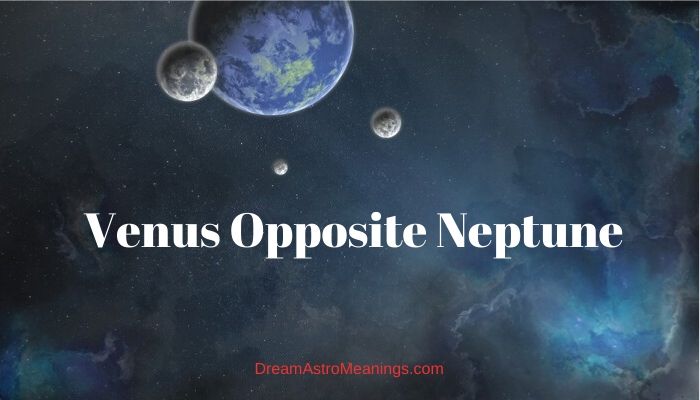 Astrology is a study of the impact of stars and planets on people and the world in general. Astrology consists of centuries of collected experience and knowledge of this influence. The oldest written records of its existence come from ancient Babylon.

Astrology has proven its accuracy many times; it can be used for different purposes, usually to determine personal traits, people’s interests, preferences, character, personal appearance, etc.

Astrology is also used to predict our future and the outcome of situations as well as relationships, and for many other purposes.

Astrology has many different techniques of analysis. The most common are the analysis of individual charts, but there are other techniques, which make comparative analysis of two or more birth charts, or used for some other purposes.

The analysis begins with casting a natal chart which consists of an image of the sky at a certain moment of time; in most cases, the moment of someone’s birth.

The positions of the planets in this chart are analyzed by the astrologer usually through the aspects they make, through their placement in a certain house of that chart, and through the signs of the Zodiac they are placed in (mostly for personal planets like the Sun, Moon, Venus, Mars, and Mercury).

The personal planets placed in different signs of the Zodiac give a lot of information about someone’s personality, appearance, attitude, interests, preferences, and other details about them. They help to determine the main traits of an individual.

Planets positioned in the houses of the chart reveal the areas that will be of most importance and interest for the individual; usually these areas will be more activated during their lifetime. These positions also point out to possible events the person might experience in life.

The aspects between planets represent certain angles which have a specific meaning. The more exact aspect is, the more significant is for the astrology analysis.

The aspects can give information about personal traits but also about events that the person could experience during their lifetime.

Beneficial aspects are favorable because they create opportunities to achieve goals and progress. These aspects ease the process of achievement clearing blocks along the way. These aspects help the planets’ energy to express naturally.

On the other side, challenging aspects have a different effect. They often prevent accomplishments completely or they cause delays and create obstacles. These aspects often create conflicts and misunderstandings.

The aspects can also be divided into major and minor aspects groups. Minor aspects have a small orb (1 degree max) and major aspects have a wider orb (up to 8 -10 degrees). The strongest are exact aspects. Major aspects are used in all analysis; they are conjunctions, sextile, squares, opposition, and trine.

The opposition aspect has a challenging nature. This aspect forms when there is a 180 degree angle between two or more planets; the planets making this aspect are completely opposite to each other.

The opposition is a difficult aspect to deal with because it doesn’t allow the planetary energy to be expressed freely and simultaneously.

Astrology is also used for analyzing partnerships between people and determining their lasting power. The technique astrology uses for such analysis is called synastry.

When doing synastry analysis, the astrologer analyzes the planets in the individual charts to determine the personal traits of the people forming a relationship as well as their preferences.

After making such an analysis, the astrologer analyzes the data from comparing their charts, most commonly the aspects between their planets and the planets in the other partner’s chart.

The planets placed in the partner’s chart reveal which areas of the house person’s life are most likely to be affected by the relationship.

The aspects between the natal charts reveal the nature of their relationship. If they are mainly challenging, this is not a good sign for the relationship because it indicates lack of compatibility between two people.

These relationships are often filled with conflicts between the two people because the differences in character which they don’t want to neither tolerate nor accept.

The differences and the intolerance between the partners is usually what destroy such relationships. These are often short-lived relationships.

When the aspects are mainly harmonious, the situation is different. In these relationships usually there is mutual understanding and compatibility of the partners’ characters.

Some analyses show no significant aspects between two charts. This is usually a sign that the two people aren’t much interested in each other.

The planet Venus is the ruler of love and romance, just like the Roman goddess whose name it carries. Venus was the protector of people in love and she helped those who wanted to fall in love.

Venus is visible with a naked eye on the night sky. Some people still call it the morning star or the evening star just like in ancient times.

The planet Venus rules the signs Libra and Taurus. The exaltation of Venus is in Pisces.

People who are under a strong influence of the planet Venus are usually beauty lovers and appreciate art. They are often talented to create art and beauty themselves. They are often good looking or at least have a pleasant appearance.

Many of them have an excellent taste in clothing and decoration. Their personal style and their home decoration is something people usually admire and envy them for.

Because of their love for beauty and art, and their talents, they often chose some creative profession. Many of them are into fashion and enjoy following the latest trends.

In some cases, these people might get obsessed with fashion and their personal appearance, spending most of their time and money making themselves appear good.

When Venus is making harmonious aspects to other planets, these people are usually kind and very thoughtful; they pay a lot of attention not to hurt people’s feelings and they tend to put other people’s needs first. They are well-mannered and gentle.

Venus people with challenging Venus aspects might be spoilt and lazy; they might be consumed with their appearance and material things, neglecting everything and everyone else.

These people can sometimes be very superficial. With afflicted Venus they might be prone to overspending and jeopardizing themselves financially buying things they don’t need.

They can be very self-indulgent and self-absorbed. They should be careful with their finances, otherwise they might ruin themselves financially.

Venus people are very sociable and don’t like being alone; they also love visiting public gatherings, art galleries, and other meetings where there is beauty involved. They love meeting new people.

Neptune is the Roman god, ruler of the sea and water. The planet which carries the same name is also the ruler of water and all matters related. Neptune is a cold place; only Uranus is colder than Neptune.

It’s mostly composed of helium and hydrogen, and the planet’s surface is mainly ice and rocks.

When Neptune is afflicted, this causes the worst traits of Neptune to come to the surface.

People who are influenced by this planet can be very absent-minded and confused. If Neptune is afflicted in their chart, these people could be prone to all kinds of addictive behavior to avoid confronting their issues and problems.

They might be prone to nervousness, confusion, nervous disorders and illness. They could also be prone to criminal behavior, deceptions, lies and manipulation.

If Neptune has beneficial aspects this could make the person artistic and in some cases very religious. These aspects might create a person interested in secret knowledge and gifted with psychic abilities.

Events of Neptune nature often happen when Neptune is triggered by transits and progressions. Because Neptune is a generational planet, it influences major society transformations in areas ruled by Neptune.

The aspect between Venus and Neptune in synastry often is an indication of pure love between two people. Still, this aspect might bring a lot of Neptune’s confusion and blur the things between two people, especially when the aspect is challenging like the opposition.

People connected with Venus opposite Neptune aspect will most likely feel a strong attraction and connection. These two are physically and emotionally drawn to each other but with this aspect there might be a lot of obsessive thinking and illusions involved.

Because Neptune rules illusions and Venus is the ruler of love, this simply said might be an indication of love illusions, where the Venus partner (or in some cases Neptune partner) will have illusions about the love connection.

The opposition between these two planets can easily cause disappointments and separations.

Venus might be very drawn to Neptune’s sensitive nature, believing that he is the one she was waiting for her entire life; Neptune might play that role at first, but after some time, their differences will begin to appear.

Neptune might not want the same things as Venus, and he will slowly begin showing that, in the only way he can, by retreating and isolating himself from the Venus partner.

Venus’s feelings might get seriously hurt by Neptune’s behavior and it might take a long time for her to realize that the ideal relationship she imagined for them isn’t going to realize any time soon, or never.

When they are together, Neptune might feel inspired to play the role of an ideal partner, which makes Venus even more attracted to him. The problem is that in most cases, this is just acting, and he does it in the moment, possibly not to hurt her feelings.

In most cases, Neptune doesn’t plan to have anything serious with the Venus partner, but unfortunately because of his indecisiveness and elusive nature, it might take a lot time for Venus to realize that.

If there aren’t any supporting aspects between their charts, it is best to avoid this relationship.

The relationship between one person’s Venus and other person’s Neptune is a thing to be avoided if possible.

This connection brings love illusions, and the Venus person is the one who will most likely be disappointed.