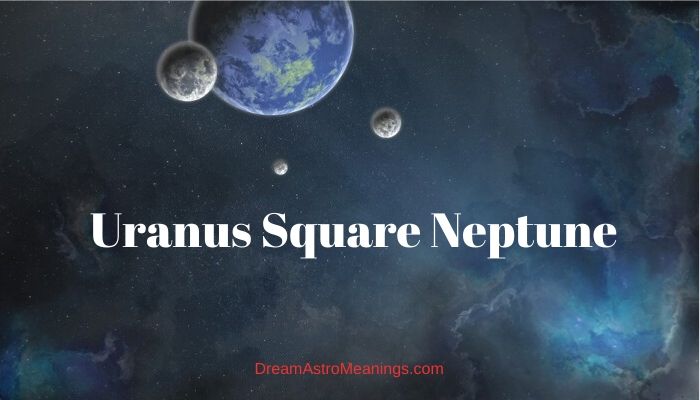 If you would like to know what the stars could tell about your current romantic relationship or a potential one, comparative astrology could give you amazing answers.

Astrological aspects are angels that planets form with one another in an astrological chart.

The astrological chart is an image of the sky, a scheme of the exact position of the planets at the time someone was born. In comparative analyzes, an astrologer would have to analyze charts involved separately, before placing them in relation.

The composite chart, which is a chart made from those charts one would want to analyze, presents with new aspects.

This time, those are aspects that planets from one chart form with those from the other one.

We have partially answered this question. Nevertheless, let us say a bit more about the synastry.

Before creating a synastry report, the astrologer analyzes separate charts and focuses on several important elements, those related to the love life, emotionality and relationships. Of course, all other segments are important and to be analyzed.

The segment related to love life is, logically, very important if we are about to create a synastry report for two people in love or about a potential romantic relationship.

The astrologer would see what tendencies the individuals have regarding the area of romance and love life. He would see about their level of emotionality, the type of their emotionality.

Goals and tendencies regarding the concept of a romantic relationship are extremely important.

One’s expectations in terms of love life would tell much about how that person would fit the other one.

Tendencies towards long term or short-term relationships, towards marriage, family, children and such are also something to look into.

Every other element of the each chart would matter. General attitude towards life, life goals and ambitions, interests and expectations of life are of the great importance.

Once the astrologer gets an image about each of the (potential) partners, he or she could make a proper synastry report interpretation.

Uranus square Neptune synastry would make for an interesting, though challenging combination, as both of the planets have their specific energy, conflicted and troubled by the heavy aspect of square.

Let us ‘meet’ our planets and analyze the synastry they are involved with.

Uranus in Mythology and Astrology – The Importance in Synastry

The ancient deity Uranus was one of the primal deities in ancient Greco-Roman mythology.

He was the father of the mighty Titans, but he rejected his children, since they were terrifying and scary to him.

The mother Gaea, the Earth, wanted revenge on him and so she made one of the Titans to overthrow Uranus. It was Saturn (Cronus) who has castrated his father and he taken over his throne.

The beautiful Aphrodite or Venus was born from the sea foam that gathered around Uranus’ cut off genitals and from his blood, the vengeful Furies were born. If you were familiar with Greco-Roman mythology, you would know that a similar destiny has fallen upon Saturn.

The planet Uranus was not discovered until the eighteenth century, being so distant that one could not see it in the sky, with the naked eye.

Uranus falls under so-called transcendental planets in astrology and represents the higher octave of mercury. It is associated with sudden and surprising phenomena, shocking, at times.

It moves very slowly from our earthly point of view and spends years in one zodiac sign. The position of Uranus has been associated with some rather crucial events in history, such as the French revolutions.

This is the reason for attributes of rebellion and revolution to be added to Uranus’ astrological influence.

The planet Uranus is associated with science and genius, but also with insanity; the thin is line between a genius and a lunatic, as people would say.

Uranus is a transcendental planet that is believed not to have much influence in a natal chart, unless it forms specific aspects with personal planets. In synastry, the case is the same.

Uranus represents eccentric people, individuals that strive for something beyond mundane, geniuses and those with specific gifts. Uranus stands for those who are likely to go to extremes in order to make their being into realization.

It represents the need to be free, in every single sense. It is the planet of invention, revolution, rebellion and the cosmic energy as it is.

The lord of the seas, oceans and all water spaces on earth, Neptune or Poseidon was a prominent deity of the Greco-Roman mythology. Neptune was believed to be an impulsive and mighty deity.

He often confronted his brother Jupiter (Zeus), unsatisfied with the division of the rule over the world, in which he got waters, Jupiter all the earth and heavens and Pluto (Hades) the underworld.

He rules the waters of the world and sends earthquakes. He was a deity that would burst in anger easily and we could say his nature was unpredictable and dangerous.

However, he was also the deity to bring fortune and victory in sea battles. Well, if you were in Neptune’s favor.

In astrology, Neptune is one of the three transcendental planets, with Uranus and Pluto. It represents the higher octave of the planet Venus. Neptune affects the whole generations, rather than an individual.

However, if the planet Neptune occupies a significant place within the chart or creates aspects with personal planets, its influence would be more obvious.

Neptune’s influence is tricky; it is a planet of illusions, seductions. It breeds wanderlust, awakens a hardly explicable longing for distant lands and worlds, spiritual or of this realm.

Neptune is associated with the platonic type of love, unconditional love, but also with mental instability, self-delusion, deceit, lack of understanding.

The aspect of square falls under the heavy ones. It is an aspect that brings in problems, tension, arguments, conflicts, lack of understanding and inability to make compromises.

It affects the planets involved in a way that they cannot manifest their good energy freely. It makes the energy exchange between the planets tense and troublesome.

In synastry, it would possibly affect the connection in a troublesome way.

Uranus square Neptune is an aspect that would not especially affect the relationship in a destructive or a generally negative way.

The thing is that Uranus, the planet associated with rebellion and breaking the rules, would not have a problem with Neptune that is the planet of the same nature, to say, though it expresses it differently.

We could say Neptune melts down the boundaries, while Uranus fiercely breaks them.

Both are powerful and the actual problem might evolve if partners’ goals related to the same area of life are completely different.

In most cases, these two would work together, even if the aspect were heavy, such as a square or an opposition.

These two planets would interconnect through mutual help, since their attitudes towards the change and limitations are the same.

We could say they could overcome the square as it is. Neptune, who is milder and gentler, would make explosive Uranus more subtle and Uranus would give some of the explosiveness to Neptune to make use of it.

Uranus square Neptune is not necessarily a bad combination as it could be with some other planets in the square connection.

The two present with similar tendencies towards the change, learning and experience in general. It is not a dramatic connection, but it could appear to be elusive.

What is very interesting about this connection is that there could be a connection on a psychic level. This aspect has a marginal influence and would probably not have major consequences.

Although the aspect is one of the unfavorable ones, this connection would often manifest with mutual support.

Although the square aspect is not a favorable one, we cannot say these two make a relationship particularly challenging.

The places these planets occupy in horoscopes’ houses would tell you more about the nature of this connection and the limitations you two are trying to break, each in their own manner.

However, there are certain risks to point out. For example, it could happen that this relationship would be marked by experimenting with approaches to it and attitudes, which could make it unstable and partners could start doubting the relationship itself.

The unconventionality, which is something associated with both agents, is not always good.

In this combination, there could be too much of it. It makes one feel delusional about the relationship and questioning its actual worth.

Sometimes it could feel as if the love is an illusion for both of you, while on the other hand you might feel connected on a transcendental level, stronger than any other.

Too much of testing experimenting and eccentric moves could make you slowly get distant.