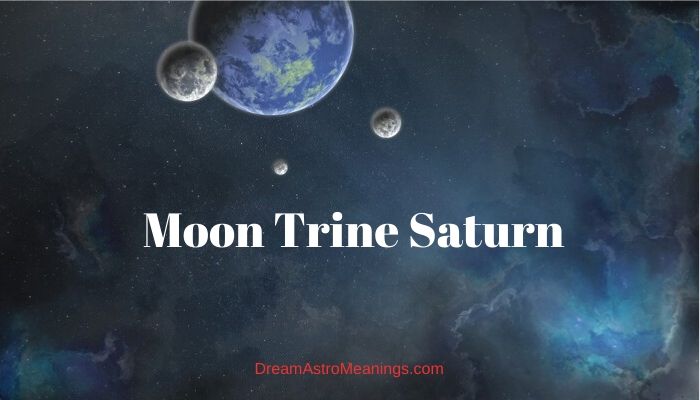 Astrology can also be used to determine events in the world as well as to analyze relationships between people and their potential and nature.

Since the beginning of humanity people became fascinated with the Sun and the Moon, the stars and planets they could see.

They observed and registered their influence on humans and the world which surrounded them. They realized how strong the impact of the stars and the planets was on human existence and they respected them as if they were deities, especially the Sun.

The simplest techniques astrology uses are based on analyzing the planets’ positions during a certain moment, usually the moment of birth when a person is analyzed.

Astrologers analyze the meanings of planets in the signs of the Zodiac (especially personal planets like Mars, Sun, Moon, Venus, and Mercury).

They also analyze the aspects planets form between them as well as the positions of planets in different houses of the natal chart (a chart of planetary positions made for a certain moment in time).

It is fascinating how the planets in the moment of someone’s birth can shape their nature and their entire life and future.

The placement of planets in the signs of the Zodiac gives the basic personal traits of the person. The placements of the planets in houses reveal the areas of interest and the ones where there is likely to be most activities during the person’s lifetime.

The aspects between planets of the natal chart reveal the personal traits and the events this person is most likely to encounter.

The aspects are especially important for an astrology analysis. They represent different angles between the planets. They differ in nature; they could either be harmonious or challenging.

The first type is a beneficial kind of aspects which bring opportunities in the person’s life.

An individual which predominately has harmonious aspects is usually lucky and accomplishes their goals without much effort. Opportunities come their way and they don’t need to struggle much to achieve success.

Those with predominately challenging aspects usually have a different destiny.

They don’t get many opportunities and often need to struggle and put in a lot of effort to achieve their goals. They often experience obstacles and difficulties while trying to accomplish something. Challenging aspects often indicate conflicts and disagreements.

The aspects can also be divided in major and minor. Major aspects are more important and are used in every astrological analysis. The strongest influence have exact aspects and they give the most important information about the person. Major aspects are the trine, conjunction, oppositions, sextiles, and squares.

Trines are fortunate aspects and are formed when two or more planets are at a distance of 120 degrees apart. Trines are considered the luckiest by most astrologers. They create opportunities for success and promote progress and achievements.

People with a lot of trines usually don’t have any problems achieving their goals and getting what they want.

It might seem incredible to many, but this approach gives very accurate results. The aspects between the planets in the natal charts of two people reveal their compatibility. If they are mostly harmonious, this indicates the compatibility of their characters.

Harmonious aspects indicate similar interests and getting along well with each other. These two have genuine interest to be in this relationship and maintain it.

That is why they are willing to put in the effort to avoid arguing and resolve their issues as they arise. This is usually an indicator of a long-term stabile relationship.

Relationships with challenging aspects are different. These relationships might in some cases be filled with violence and conflicts.

These two are usually not tolerant to each other’s differences and allow problems to pile up without trying to solve them. These relationships are in most cases short-lived and bothersome experiences.

If they last long, they might drain the energy completely from both partners. Lack of compromise and constant fights are usually the things which bring this relationship to its end.

The Moon is an important celestial body, the Earth’s natural satellite. The Moon orbits the Earth in around 27.5 days.

It is believed that this body formed after the collision of an asteroid with the Earth around 4.5 billion years ago. Some people believe that the Moon is actually an artificial formation and that it was made by aliens.

The Moon is a very bright object. In astrology it is the ruler of the sign Cancer and it is exalted in the sign Taurus. The Moon rules our emotions and memories.

People under Moon’s influence are often very emotional and have a long memory. They will remember good and bad things that they experienced for a long time.

In some cases, especially when Moon is afflicted, they could hold on to past memories of hurt for a long time preventing themselves from moving forward in life.

The Moon also rules our habits, dealings with our daily issues, our subconscious, our beliefs, our home, etc.

The Moon’s placement in the natal chart shows our approach to our home and reveals how much we are attached to our home. It also reveals the level of comfort we require in life. It shows the areas and places where we feel most comfortable.

The Moon also rules our caring and nurturing side and reveals how much we take care of ourselves and our needs as well as the needs of our loved ones.

These people can be very protective of their loved ones. They are often needy and clingy to the people they care about and this can be considered as suffocating by others.

They can also be prone to mood switches, especially when Moon has challenging aspects. They could change their mood sometimes without a reasonable explanation. They can also be very possessive.

The Moon is the ruler of women in our life, especially our mother. The Moon’s placement in the sign and house describes our mother and the relationship we have with her.

The Moon is also the ruler of our femininity and our motherly instincts. The Moon shows whether we embrace them or not.

The Moon also rules intuition and can give this trait to people influenced by Moon. These people are connected to their inner being and have strong intuitive insights about things and people.

Moon people are often very shy. They are very emotional and their emotions can easily be hurt. When they are hurt they tend to retreat and isolate themselves.

They are very attached to their homes and families and love spending time there surrounded by their loved ones. Moon people usually love to eat and often have weight problems.

The planet Saturn is a synonym for wisdom and seriousness. This is a big planet and only Jupiter is larger than Saturn. Saturn is known for the ring system it has and the 82 known moons.

This planet doesn’t have a solid ground and is mostly composed of hydrogen and helium.

The name comes from the Roman god of agriculture. It rules agriculture in astrology too.

It is also the ruler of chronic states, illness, poverty, suffering, difficulties, and other similar matters.

For Saturn, it takes about 29.5 years to orbit around the Sun. When Saturn returns to its natal position (called the “Saturn’s return”), this is usually the time when the person evaluates their achievements in life by that moment.

Saturn in the natal house shows the areas of life where we are likely to encounter obstacles, restrictions, and blockages that we need to deal with.

This planet brings major life lessons in our life. The events through which we learn these lessons usually come into our life during important progressions and transits triggering Saturn.

Aspects between Moon and Saturn are very frequent in synastry regardless of their nature.

The trine between Moon and Saturn is a very favorable aspect, which ensures the longevity of the relationship and neutralizes the negative influence of other aspects.

These two have a lot of similarities although it doesn’t seem that way at first. Both the Moon person and Saturn have a strong emotional need to be accepted and cared for. They both have a fear of abandonment and can be prone to clingy behavior towards their partners.

Because of the difference in their personality their behavior manifests in different ways but has the same meaning. When they are together they feel as their needs are met and feel secure in each other’s presence.

Because Saturn rules duty and responsibility and the Moon rules care and nurturing, this relationship often indicates that one of the partners will need to take care of the other for some reason.

Because this is a harmonious aspect, this doesn’t indicate any kind of burden or suffer for the other partner. Probably they will be more than happy to do this role.

The Moon will be happy for having a reliable partner such as Saturn. The Moon will influence Saturn in a way to make him more emotional and open about his emotions.

These two will know to appreciate their bond and be willing to do anything to maintain it, avoiding conflicts and disagreements. They won’t allow misunderstandings stand in the way of the longevity of their relationship and will try to clarify them as quickly as possible.

This aspect supports the overall stability and longevity of the relationship.

When one person’s Moon makes a trine aspect with another person’s Saturn, this is a very good indication of a stable relationship full of compromise and understanding.

These two have similar emotional needs and are satisfied this relationship is able to fulfill them.

They both feel secured and supported in this relationship and are willing to put in the efforts necessary to maintain it. They are tolerant and accept each other’s differences.

This relationship sometimes implies some responsibility and patience required but this doesn’t represent any kind of burden to the partners who enjoy doing things for one another. This aspect helps neutralize other negative aspects between their natal charts.