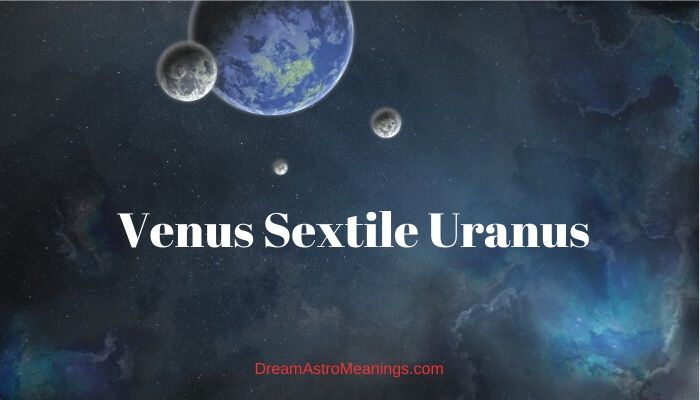 Astrology and its techniques have been used since long time ago to determine people’s destiny and their personal traits.

Although still considered pseudo-science, astrology has proven its efficacy and accuracy many times in the past. Many respectable scientists and people have practiced astrology and praised it for its powers.

Astrology is based on analyzing planetary placements in a certain moment of time and the aspects they are making.

Aspects are relationships the planets make when they are at a certain distance from one another. Aspects can tell us a lot about someone’s personality and the life path they are likely to choose.

They also influence the events this person might encounter during their life time.

The major or main aspects are the Square, Opposition, Sextile, Conjunction and the Trine.

Aside these aspects, there are also minor aspects, like the Quincunx, Semi-Sextile, Septile, Novile, Decile, Semi-Square, etc. Also, aspects can be harmonious and beneficial, and inharmonious and malefic.

The aspects are most potent when they are exact, although a tolerance of 1 – 10 degrees is tolerated, depending on the aspect.

Sextiles fall into the category of harmonious major aspects. The energy and symbolism of the Sextile is similar to the Trine. It is formed when planets are at a distance of 60 degrees (+/-5°).

The Sextile enables the planets connected with this aspect to show their true nature. The energy of these planets flows freely and they can easily cooperate with one another. This aspect enables the person to make the most of the contact between the planets.

Sextiles form between signs of complementary elements, like water and earth and air and fire. Sextiles form the person’s talents and skills, usually in the areas ruled by the signs and houses where these planets are placed.

When someone has a lot of Sextile aspects in their chart, this person is usually blessed with good fortune and opportunities come to them easily. They usually have many options to choose from and they get lazy because of that.

This aspect brings the person a lot of good things in their life, but it can also spoil them and make them unambitious and inactive.

Knowing that another chance will come, they might begin missing these opportunities and wasting time. They risk remaining at an average level and never using their abilities fully.

Progressed and transiting Sextiles are responsible for new opportunities coming into the person’s life.

During this time the person might also encounter people who might help them in some way to accomplish their dreams, or develop their talents.

Venus is a bright star on the evening sky, and can be seen with a naked eye. Some call it “the morning or the evening star”. It is the second closest planet to the Sun. It takes around 225 days for Venus to orbit the Sun.

Venus, the goddess of love, romance, and beauty, gave this planet its name.

It is the ruler of Taurus and Libra, and is exalted in Pisces. In these signs, Venus expresses the best of its nature.

People influenced by this planet are romantic and don’t like being alone. For them, being in a relationship is the best status they could have. These people love beauty and nice things.

They are also into fashion and home decorating. They love art and can be talented and creative themselves. They can be prone to spending money on luxury items they don’t need, especially if Venus makes challenging aspects with other planets.

Uranus is a similar planet to Neptune and is mostly made of ice. It is the coldest of all planets with temperatures of -224°C. Its exterior is made of layers of clouds and its interior is rocks and ice. It has rings and 27 moons.

In astrology, this planet is the main symbol of unexpected and unpredictable events and situations which often completely transform our lives.

It is the ruler of geniality, genius people, discoveries and inventors, creativity and creative people. It is also the ruler of vehicles, aviation, transportation, adventure, adventurous people, psychic abilities, telepathy, travel, extreme sports and activities, sports in general, etc.

It rules abrupt changes (good and bad), unpredictability and all kinds of sudden events. It rules freedom and independence.

It symbolizes fight against authority and finding your own path. Uranus brings unexpected changes but also new opportunities into our lives. When it is in aspects with personal planets Uranus can be the cause of unexpected breakups and endings of relationships.

Uranus is a generational planet because its effects influence generations of people born during its transit through the same sign.

To determine its influence on some person, it is necessary to combine the influences of the sign and house where it is placed, as well as all the aspects it makes with the angles of the natal chart and the planets.

People who are under the influence of this planet are more sensitive to its transits and progressions.

During these periods it is likely that the person will encounter events of Uranus nature which might change them completely.

Venus in Sextile with Uranus makes the person have a strong need for freedom and a lot of space in their relationships.

They are also prone to unconventional partnerships and are not very fond of tradition and formalism.

These people are not afraid of commitment as with some other challenging aspects of Venus and Uranus, but they prefer open and relaxed types of relationships.

If the Sextile aspect between these two planets doesn’t receive any malefic aspect from other planets, this aspect makes the person very creative and gives them an artistic talent.

These people might be true connoisseurs of beauty. They are gifted designers or architects with unique talents.

The contact with Uranus inspires Venus to make some revolutionary moves. The person is usually attracted to eccentric partners and they can exhibit eccentric behavior in their relationships as well.

The person with this aspect loves their freedom very much and wouldn’t allow anyone to jeopardize it.

They choose partners who won’t suffocate them with neediness because they cannot stand someone being possessive towards them. They need their space and they sometimes subconsciously make it by choosing partners who cannot be with them all the time, because they travel for work or live in a different country, etc.

Long distance relationships are frequent with this aspect.

It also symbolizes use of technology for communicating with their partner at a distance to overcome the physical separation.

These people love action and they have an adventurous nature. Their partner should share their love for adventure and give initiative for fun activities. They are easy going and don’t want to be around people who are always serious and don’t have a sense of humor.

People might find them irresistible because of their magnetism and unique charm which makes them different than most people. These people love physical intimacy and they don’t have a great sense of loyalty and fidelity.

Most of them don’t consider cheating as something prohibited and they cannot be with a partner who doesn’t understand that. Of course, not all people with Venus Sextile Mars are cheaters, but many are.

These people can sometimes be prone to perversions (although much less than with Square or Opposition).

They are prone to act and behave as they please, without caring much about what others think, or about potentially hurting someone’s feelings. Empathy isn’t their strong side in most cases.

This aspect allows both Venus and Uranus to express their best nature and combine it into unique traits.

These people usually get a lot of unexpected chances to work on developing their interests and talents, especially during major transits and progressions triggering this aspect.

The transit Sextile between Venus and Uranus lasts only few days, and it usually brings sudden meetings with people that might be perceived as magnetically attractive.

This transit might also indicate sudden falling in love and doing crazy and thoughtless things. Some people impulsively get married during such transit.

During this aspect, the person might feel suffocated by their partner and feel the need for space and freedom.

If the transiting planet Uranus is making a Sextile with natal Venus, the influence of the transit lasts much longer; this might be a time when the person realizes that they don’t have enough independence and space in their relationship and suddenly feel the urge for more freedom.

This period might be marked with the person’s attempts to gain more independence from their partner, for example, by finding a job and beginning to earn their money.

The events this aspect will bring into the person’s life will have transformative effect for the person but they will be for their benefit and bring something good into their lives.

At first, the person might be surprised and disappointed, but they will soon realize that what happened is actually a good thing.

These transits might indicate a period of heightened sociability, exploration, adventures, travels, etc.

The person might get the urge to expand their horizons, travel and meet distant cultures. They might meet new people that might change the way they see some things.

These transits often indicate encounters with some eccentric and unusual people which might help the person achieve some of their dreams, or develop some of their talents, or learn something they have always wanted.

This might often involve becoming a part of some group.

The Sextile Venus/Uranus transits might indicate making risky investments during this period that will eventually pay off.