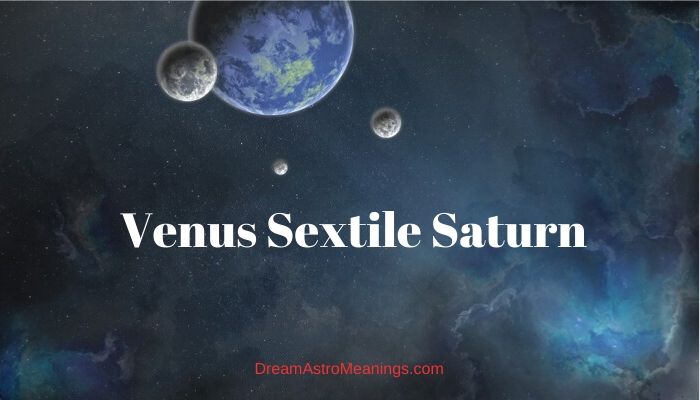 People have used astrology to try to determine characters as well as destinies since ancient times.

Astrology is a very old discipline that analyzes planetary positions in the natal chart to figure out what is the possible direction someone’s life will take, or what are their main character traits.

To do that, astrology analyzes the placements of planets in different signs and houses, as well as the aspects these planets make.

They describe the person’s main personality traits, and especially the exact ones influence the character. They also determine the significant events the person is likely to experience during their lifetime.

Aspects are formed during planetary movements across the sky. In a natal chart, they represent relationships between the planets’ positions in the moment of someone’s birth.

Aspects can have beneficial or malefic nature. The first ones enable the planets’ energy to flow freely and helps the planets cooperate and the second ones usually create conflicts and block the planetary energy, preventing them from expressing their good qualities.

The main or major aspects are the Square, Opposition, Conjunction, Sextile, and the Trine. Minor aspects are the Semi-Sextile, Semi-Square, Quincunx, Novile, Decile, etc. The most effective are the exact aspects or with very tight orbs.

Sextiles are beneficial aspects and are similar to the Trine. They are formed when planets are at a distance of 60 degrees. Sextile enables the planetary energy to flow freely and create opportunities instead of blockages.

This aspect helps the planets express their true nature and cooperate with each other. The person gets the most of both planets with this aspect.

Sextiles are responsible for the person’s talents and skills. They create opportunities for the person to develop their skills and talents as well as to use them.

They also create fortunate opportunities for the person to accomplish their goals. They are regularly formed by signs in complementary elements, which are fire and air and water and earth.

They usually create talents and skills in the areas ruled by the signs and houses where the planets are placed in the person’s natal chart. They create opportunities for developing talents and using them.

The Sextile aspect brings good things into our lives, but sometimes too much good can be harmful. These aspects often cause the person to become lazy, uninspired, lose their ambition and drive to accomplish something.

This aspect provides them with lot of opportunities, and they can afford themselves to miss them because they know that new opportunities are coming. This might cause a lot of wasted time and missed opportunities.

These people often don’t reach their full potential and they don’t manage to make the most of their talents and abilities.

People with challenging aspects like Oppositions and Squares who encounter a lot of obstacles on their path to achieve their goals, often end up being more successful and accomplished than people with predominately beneficial aspects because they don’t possess the drive to go after what they want, always expecting it to fall into their laps.

Transits and progressions creating Sextiles are responsible for new opportunities and chances for progress.

People that could help the person achieve their goals or develop their talents could appear in their life during these transits or progressions.

After Moon, the planet Venus is the brightest star that can be seen on the night sky. Venus is also called the “morning star” or the “evening star”. Venus is visible with a naked eye.

After Mercury, Venus is the second closest to the Sun. It never distances a lot from the Sun and it orbits the Sun in around 225 days.

Venus is the name of the goddess of love, beauty and romance in ancient Rome. Venus, the planet also rules these areas.

People that are influenced by this planet are usually good looking and love beauty in all forms.

They love to look good but also to be in beautiful surroundings. They are usually art lovers and creative. They often choose a profession in some creative area.

These people love luxury and are often into fashion and the latest trends. They are sociable and don’t like being alone.

Saturn is a big planet, and comes after Jupiter, which is the biggest in the Solar System. This planet has a ring system that is a combination of ice particles, rocky debris and dust.

Saturn also has 82 known moons which orbit around it. The largest moon is Titan, larger than Mercury. The composition of Saturn is mostly hydrogen and helium.

Saturn doesn’t have solid surface. It orbits the Sun in 29.5 years. Saturn passes through one sign during a time span of 2.5 years.

In astrology, Saturn rules the sign of Capricorn and co-rules Aquarius. Its exaltation is in Libra.

It is also the planet of duty and responsibility.  Strong Saturn gives the person endurance and stamina, as well as determination and perseverance to accomplish their goals.

The time of life when Saturn returns to its natal position which falls around 29.5 years of age, corresponds with the time when the person begins evaluating their previous achievements and considering whether they are satisfied with what they have achieved so far in life or not.

Also, significant transits and progressions involving Saturn mark periods when the person experiences life events that cause them to learn major life lessons.

People with Venus Sextile Saturn usually have a calm and rational nature. They have love for quality things and they rather spend more money for one quality item, than buy several cheap items for the same amount.

They usually prefer classical style and most people consider them serious and reserved. They do appear cold and detached, but that is only their exterior they use to hide their deep feelings and sensitivity.

These people are capable for strong and enduring emotions and their relationships tend to be lasting. They are serious and loyal to their partners.

They don’t waste their time on relationships that are not likely to last, and they usually have faithful nature.

They are also honest and have traditional view on partnerships. They prefer to formalize them in a form of marriage. Open relationships are not their style.

They are cautious in most life situations, but especially when it comes to love and relationships. They are afraid of possibly being hurt if they rush into a relationship with someone they don’t know well.

They prefer dating the person for some time and getting to know them before they decide they could enter a relationship with them.

These people are responsible and reliable and keep their promises. Others can rely on them without giving that a thought. They respect others and their time, but they also have a high opinion of themselves and value their time and needs as well.

These people are enduring, and can go through a lot. With this aspect it is likely that they will have some love disappointments that might be remembered during their entire life but they will be smart enough to learn from them and not make the same mistakes.

This aspect gives people a strong sense of commitment, and they are like that to the people they care about, especially their family members. These people take time to relax in the company of strangers and don’t make friendships that easily.

Like with partnerships they take their time to evaluate whether some person has the traits necessary to be their friend.

Their nature is enduring and they know how to handle life’s challenges. They are usually good with dealing with stress and anxiety and have a way of keeping calm during stressful situations.

Their nature is often stoic and they almost never complain. They are well organized and they are good with handling money.

They usually have some stashed aside just in case. They want to be prepared for various circumstances, and prefer to rely on themselves rather than on others.

In some cases, these people might be controlling because of their nature prone to perfectionism.

These people love to have quality items around the house, and are all about reliability. They rather buy things that are likely to last longer and provide them the sense of security they need. These people like to play it safe in all life situations.

They don’t like risks, and rather plan their actions considering all possible outcomes. They love comfort but won’t spend enormous amounts of money to provide it. They are practical and have a way of handling their problems with ease.

In relationships they are not very passionate and it takes a while to show their affection to their loved one. Their partner should be someone with similar traits, or this trait might be a challenge to overcome.

They are a good match for someone who wants a long-term relationship with a reliable and faithful partner.

These people often end up with a partner who exhibits some Saturn traits, is much older, or more mature than they are.

Transiting Sextiles between Venus and Saturn bring events of Venus-Saturn nature into the person’s life. This often refers to some life lessons related to partnerships and responsibility.

The person will likely learn to become more responsible and reliable partner through some life changing experience.

This transit might increase the need for a companion for people who are single and have been searching for a new partner for some time.

The desire for love and attention and the awareness of their lack can be heightened during this transit.

It is likely that the events they are experiencing accentuate the feelings of loneliness during this time. It is possible that the person will meet someone who is mature (older than the person or just more mature in character) they could start a relationship with.

For those in relationships this aspect will likely awake their need for comfort and reassurance of their partner’s love and affection. It is likely that the person could experience a kind of emotional crisis that won’t last long.

This aspect in transit could bring a new serious relationship into the person’s life. This could mean starting a relationship for practical reasons and not just based on emotions.

It could mean getting married to gain financial security or status, etc.

In some cases, this transit could indicate the beginning of a new endeavor or project that will be lasting and successful.