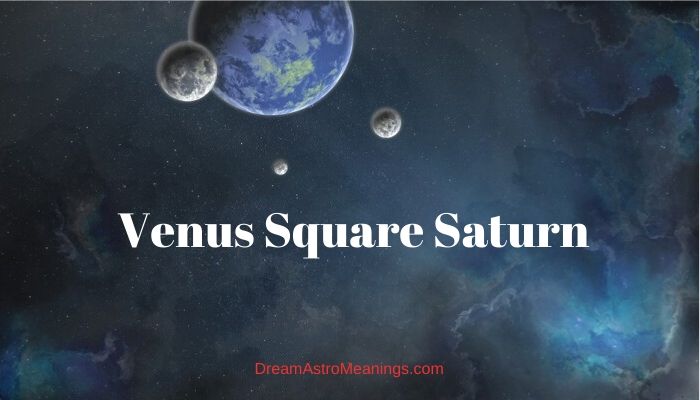 The influence planets have on our lives is enormous, and people have been aware of that long time ago. They observed this influence and recorded the meaning of different planetary placements and their relationships in a discipline called astrology.

Even though it proved its value and accuracy throughout time, astrology is still considered a pseudoscience.

The planets and their positions in the time of someone’s birth determine that person’s individuality and personal traits, as well as their destiny.

Analyzing the placements of the planets in Zodiac signs and the houses of the natal chart, and the aspects they make can give a lot of information about someone. Astrology can also be used to analyze future events.

Harmonious aspects allow the planets to express their energy and nature completely. They allow the person to use the best of their nature.

The planets connected by a harmonious aspect cooperate with one another.

Negative aspects have an opposite effect. They block the energy of planets and create obstacles. Planets connected by a challenging aspect cannot express their potential and the person experiences problems in areas ruled by these planets.

Aspects can be major and minor. Major aspects have the most significance and influence, and minor can also be important if they are exact. Major aspects are conjunctions, squares, trine, sextiles, and oppositions.

Squares are considered negative and challenging aspects which create obstacles and blocks. They can create conflicts and arguments, violence, failure, and other negative outcomes.

These aspects create a lot of energy and power which is usually used for destructive purposes.

Another important use of astrology that most people aren’t aware of is the use for analyzing relationship potential.

People are represented by their natal charts, and when they come in contact with one another, their planets also come in contact. The technique astrology uses for these analysis is synastry.

Synastry compares the natal charts of two individuals and determines the aspects between the planets as well as the planet’s placement in the other natal chart.

These houses show the areas where the person will be influenced by the owner of the planet.

The aspects can give a clear picture about the relationship between two people. If there are no significant aspects between two natal charts it is likely that there isn’t sufficient interest between these two to form any kind of relationship. They have a neutral and indifferent attitude towards one another.

When the aspects are predominately negative, this usually indicates lack of understanding between them. They have incompatible characters and this often leads to conflicts between them. They usually lack sufficient will to put in the effort to sustain their relationship.

The best scenario is when the aspects are predominately harmonious. These aspects help the partners overcome their difficulties together through cooperation.

They want to put in the necessary effort to maintain their relationship. They have compatible characters.

Of course, the aspects between the planets are only a segment of the analysis, and the whole natal chart should be observed when the analysis of relationship potential is made.

The planet Venus symbolizes beauty, romance, and love. This planet bears the name of the ancient goddess of love and romance in ancient Rome.

This planet is visible on the night sky and is consequently often referred to as the “morning star” or the “evening star”. Venus is close to the Sun and never distances much.

Venus is the ruler of Taurus and Libra. It is exalted in Pisces. Transiting through these signs Venus is the most powerful.

People influenced by Venus are usually lovers of beauty. They are very creative and often have artistic talents. They usually choose a profession where they can express this love and their creativity.

Many of them have an excellent personal style and people admire them for that. Many copy their style. They have a gift of making the most out of simple things, whether it is wardrobe, makeup, decorating their home, etc.

These people love luxury and beauty money can buy.

They love spending money on their personal pleasures and many of them love indulging themselves, especially if their Venus has challenging aspects in the natal charts. They could be prone to overspending and buying things they don’t need.

These Venus people could also be prone to laziness and procrastination. They can also be selfish and self-absorbed thinking only about their needs.

These people love to in beautiful surroundings and they don’t mind spending extra money (even when they cannot really afford it) to create a surrounding that will be pleasing to their eyes.

In general, Venus people are very sociable and cannot stand being alone. Many of them would rather be in a relationship that isn’t satisfying than being single.

Saturn is a large planet which consists of helium and hydrogen. It has 82 moons and a ring system that is made of rocks and ice particles. It doesn’t have solid ground.

Saturn spends in one sign about 2.5 years, which is why it takes around 29.5 years to make a circle around the Sun. The time when it returns to the natal position is called “the Saturn’s return”. This period is the time of evaluation and retrospection of our previous achievements.

This might be a period of satisfaction or disappointment, depending on the level of achievements and fulfillment of personal goals.

In the natal chart, Saturn shows how we deal with our duties and responsibilities.

This placement might also reveal the areas where the person is likely to meet delays, obstacles, and other problems; it might show the areas which require patience from the person or the need to undertake some responsibilities.

Often when Saturn is triggered by transits or progressions, that indicates a period when the person might experience Saturn ruled events that might represent an important lesson for the person.

This could also indicate the need to become more responsible in some area of life.

Aspects between Venus and Saturn are very frequent between partners in long term relationships and marriages.

When the aspect between Venus and Saturn in two natal charts is the square, this relationship indicates seriousness and commitment as well as responsibility.

Venus is the weaker side in this relationship and might feel dependent on Saturn or controlled by him. The Saturn partner is often much older than Venus, or if there isn’t a significant difference in age, Saturn might be very serious and overly responsible.

Saturn can also be very possessive and act in a controlling manner towards Venus partner, usually fearing Venus would leave them.

Saturn can be very critical and demanding towards Venus. In some situations, Saturn might try to undermine Venus’s sense of confidence and make her dependent on him all in the purpose of tying Venus to himself.

Venus might not realize that this Saturn’s behavior bothers her because she is fascinated with Saturn at first and doesn’t see his flaws.

As time passes by, Venus begins realizing that she can’t stand the pressure Saturn puts on her.

Saturn might have a lot of unreasonable requirements from Venus and she might be pressured to fulfill them just to maintain a picture of an ideal partner to Saturn forgetting about her needs and desires.

With the square aspect, and if Venus has challenging aspects, she might begin confronting Saturn, refusing to follow his rules and being controlled by him. This might be an introduction into a relationship filled with conflicts.

Venus might be fed up with having to comply with Saturn’s requests about her behavior, the way she dresses, what she does, where she goes, and with whom she goes with etc.

She might also become tired of his desire to manipulate her as well as his often unreasonable jealousy.

This relationship can produce a lot of pressure on both partners, especially if Venus and Saturn are afflicted by other planets as well, and the partners aren’t mature yet.

The Venus person will likely be the one to detest and hate Saturn because of his attitude towards her. Strangely enough, this relationship can be a very long lasting, and in some cases life-long lasting, despite the pressure and burden both partners feel.

Venus might take on the role of a martyr believing it is her duty to stay besides Saturn despite the fact that she is unhappy in this relationship. Sometimes she will be in a position to take care of him or nurture him for some reason and stay with him because of that.

The partners might be drawn to each other with unexplainable attraction, but the relationship between them might be a difficult one to swallow, mainly for the Venus partner.

Venus might consider Saturn too serious and the Saturn partner might consider Venus as too shallow and often irresponsible, and they will both be right.

Even when they come to that conclusion and realize that they would probably be better off without one another, they will be reluctant to end their mutual experience, because of the invisible bond that keeps them together despite the discontent they both feel.

If Saturn and Venus don’t have other challenging aspects besides this, this relationship might be a lesson for the both. Saturn will learn to be less controlling, and Venus might become more responsible.

It is important to make organized effort to maintain this relationship and don’t allow issues pile up.

Venus should say what is bothering her and Saturn should try to control his actions and criticism. If this isn’t the case, this relationship will be a tragic experience for both, and is likely to end.

Venus – Saturn connections between the natal charts of couples are very frequent.

There is a strong element of attraction between them, and they both feel unexplainably drawn to this relationship.

Venus admires Saturn’s strength and determination and Saturn admires Venus’s beauty. In time, they begin realizing that the relationship is not an ideal match as they believed it would be.

With the square aspect between these two planets in their natal charts, the Saturn person can begin acting in a controlling manner and causing jealous scenes, all in the purpose of tying Venus to him and ensuring her stay in the relationship.

Venus might not react at first, but in time she will become annoyed by Saturn’s attitude towards her and she might start to rebel and ask for her rights in the relationship which will inevitably lead to conflicts.

Saturn has a serious and isolated nature that often suffocates the Venus person, who is very sociable and loves being among people.

Saturn is not very sociable and prefers spending time alone so he will try to make Venus behave in the same way, spending time only with him, and isolating her from other people in her life, only because of his subconscious fear of being abandoned.

Venus might be fine with spending all her time with Saturn in the beginning of the relationship when the attraction is at its peak, but in time she will start getting bored and asking for more freedom which Saturn might try to prevent.

Another thing that could be detrimental to this relationship is Saturn’s need to judge and criticize anything and anyone he doesn’t consider right.

Venus might feel that all her actions are being carefully monitored by Saturn and she will soon begin to feel a strong pressure about everything she does and say; control issues might be the thing that will finally put the end on this relationship which, despite the issues can surprisingly last a very long time.