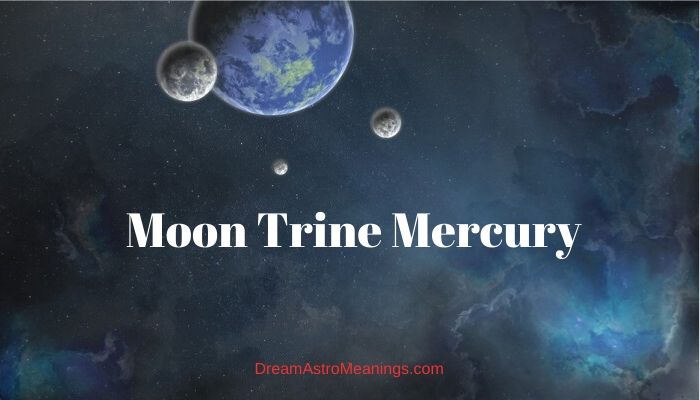 Astrology has been a fascination of people since ancient times.

The mere fact of analyzing planetary positions at a certain moment of time to determine someone’s character traits or foretell the future really seems like a miracle.

Even though astrology proved its value and accuracy throughout times, it still hasn’t earned the status of a science.

People have been aware of the influence stars and planets had on living beings since ancient times.

Astrology is a discipline created from the knowledge about the stars and planets and their influence gathered during many centuries and millennia. It has different techniques which can be used for analyzing natal birth charts or charts which are created for certain moments in time.

The basic analysis consists of analyzing the houses and signs where planets are placed, as well as analyzing the planetary aspects.

The signs where the planets are placed have the most significance with personal planets, like the Sun, Moon, Mercury, Mars, and Venus. Social or generational planets spend more time (one year or more years) in one sign which means that generations of people born during these periods have the same planet in the same sign and share its traits.

The houses where the planets are placed in the natal chart are also important because they show the areas where there will be the biggest focus and action.

The aspects between planets are also important and reveal the personal traits of a person or the possible events they could experience. Aspects are angles between planets.

Their nature could be harmonious or challenging. The influence of harmonious aspects is beneficial. These aspects allow the planets to interact and cooperate. The planets connected with these aspects can demonstrate their best nature.

When the aspects between planets are challenging, this often blocks the energy of planets and creates obstacles in fulfilling goals and desires. It takes patience and effort to deal with challenging aspects.

The aspects can also be major or main and minor.

Major aspects have the most importance in determining traits and giving predictions about the future.

Minor aspects should also be taken into consideration when doing astrology analysis especially when they are exact. Major aspects are conjunction, trine, square, sextiles, and oppositions.

The trine is a major aspect with harmonious nature. Its influence is in creating beneficial opportunities for achievement of goals and success.

This aspect clears blocks and allows the planets forming it to cooperate and express the best of their nature. Trines are created when there is a 120 degrees distance between planets.

Astrology can be used to determine compatibility between people and their relationship potential. Astrology technique used for this analysis is called synastry.

Synastry has different ways it analyses the potential for a stable and lasting relationship between two people, but the basics are the same as with analyzing individual charts.

The idea behind synastry is simple. People are representations of their natal charts, and when they come into contact, their planets also interact. That is why synastry compares the natal charts of people and calculates the aspects formed by their planets.

The aspects between the planets in two natal charts reveal the basic compatibility and level of understanding between two people. If the aspects are mainly harmonious, this indicates that the two people have compatible characters and enjoy each other’s company.

These aspects show genuine interest and attraction between the partners and their desire to put in the effort to sustain their relationship. They don’t allow issues to remain unresolved and they tolerate each other’s differences.

When the aspects between the planets in two natal charts are mainly challenging, this usually reveals lack of understanding and interest of the partners.

This might be a relationship where sincere emotions are masked with feelings of attraction and passion; when these fade away, the differences and incompatibility between the partners begin showing.

Sometimes synastry analysis reveals that there aren’t any significant aspects between the natal charts of the two people.

This is usually a sign that there’s no interest between the partners, and it is unlikely that the relationship will begin.

The Moon is not a planet; it’s the Earth’s natural satellite. The origin of the Moon is not confirmed, but it is believed that it formed 4.5 billion years ago. Some theories attribute it alien origin. This astronomical body can be seen only from one side.

From the planet earth we cannot see its far side. The Moon is the brightest body on the sky following the Sun.

The moon also reveals the way we deal with daily obligations and issues. It rules women in our life, especially our mother.

The Moon rules nurture and care and reveals whether we have a nurturing nature and how much we take care of ourselves and our loved ones. The house where the Moon is shows where we feel most comfortable.

The Moon is our unconscious and reveals our connection with our subconscious. People influenced by the Moon are very emotional and sensitive, and often very intuitive.

The Moon is the ruler of our mood and people ruled by the Moon can be prone to mood changes often without a reason. They might have unpredictable reactions and change their mood quickly.

Moon people tend to cling to the past and hold on to hurtful memories which prevent them from moving forward in life.

They can spend years in regret, resentment, and sorrow for something they have experienced. They have a difficulty forgiving people for the hurt they caused them without realizing that their behavior is keeping them from living in the now and allowing future to happen.

These people have a nurturing and protective nature and would do anything to protect the ones they care about.

The Moon person is usually a home type and feels best when they are at home.

The planet Mercury is considered the smallest after Pluto lost planetary status. It is the closest to the Sun and only the Moon moves faster. Mercury circles around the Sun in 88 days.

The name Mercury derives from the ancient Roman god of travel and trade. Mercury was the messenger of the gods.

Mercury people can be prone to manipulating others. Mercury also rules nervous states, our neighborhood, surroundings, and our siblings.

Because it rules communication, in our natal chart, Mercury reveals how well we are able to express our thoughts and say precisely what we mean. This planet rules the signs of Virgo and Gemini. Mercury people are very intelligent and quick witted.

They are also practical and excellent problem solvers. They love to be informed and enjoy being around people. They are sociable and love to hear the latest news and sometimes can be prone to gossip.

When Mercury is afflicted it might make the person prone to deception or deceiving others. It might also create excellent liars and manipulators.

Mercury people are usually not very emotional. They have a rational and practical approach to things.

These people enjoy talking to people, and often choose professions where they can be around people. These people are very curious and enjoy learning new things.

When the Moon in someone’s natal chart forms a trine aspect with another person’s Mercury, this creates a great bond for communication.

These two can talk forever. They always have something to talk about.

The Moon person can sometimes get offended by Mercury’s lack of empathy, but in general this is a favorable aspect.

The Moon is not very open, and tends to keep their feelings to himself. With this combination, the Moon feels inspired to talk about them and tell Mercury their most intimate secrets.

The communication is free and open right from the start. They both feel relaxed in each other’s presence.

Both the Moon and Mercury feel the freedom to talk openly about any subject and express their opinion without fears of being judged or criticized (especially the Moon person).

The relationship between these two flows naturally, and they might find out that they share many similar interests, activities, or hobbies. This is a friendly aspect and is beneficial for any kind of relationship.

They both feel understood and supported. These two allow each other express their opinion without judging each other.

They also don’t have the need to oppose each other’s point of view. They also discover that they share similar views on many subjects.

This aspect stimulates them emotionally and intellectually.  They help one another to achieve their dreams through mutual support.

The trine aspect between the Moon in one chart and the Mercury in another person’s chart is a beneficial aspect for their relationship.

They get along well and enjoy each other’s presence and conversations they have with each other.

These two share similar interests and enjoy talking to each other.

Especially the Moon who is usually shy and closed off feels inspired to talk to Mercury and share their most intimate secrets with them without fears of being judged or criticized.

It is true that these two support one another and don’t criticize each other’s opinions and different points of view. They agree on many subjects and have similar beliefs.

This is an excellent aspect that helps maintain the relationship because communication is one of the most important aspects of every relationship (especially for the Mercury person).